A fierce cartel shootout rocked a Mexican border city as gunmen fired hundreds of rounds of ammunition. The attack is the most recent clash between cartels battling over control of lucrative smuggling routes into Texas. The clash took place just hours before a cartel smuggler in Texas ran thru a border checkpoint as he tried to escape authorities by fleeing to Mexico.

The gunbattle took place on early Wednesday morning in Miguel Aleman, Tamaulipas, just south of Roma, Texas, as the Gulf Cartel and the Cartel Del Noreste faction of Los Zetas fought for control of the region’s smuggling routes. A video recorded by a citizen journalist and shared on social media captured the intensity of the gun battle. Numerous machine guns are heard firing non-stop just south of the international port of entry.

As Breitbart Texas reported, the CDN-Los Zetas has been making a series of incursions in and around the border cities of Miguel Aleman and Camargo in an attempt to take over a 43-mile long span of territories without physical border barriers. That area, known as La Riberena, is called the crown jewel of the Gulf Cartel as the criminal organization historically moved ton-quantities of drugs and smuggled thousands of migrants through the region for several years with relative ease. 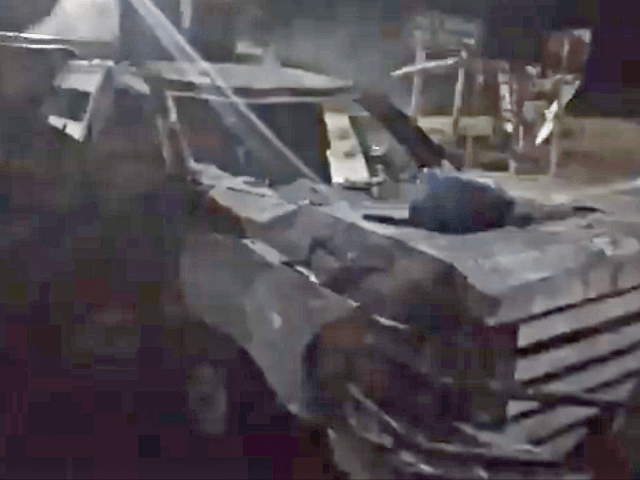 The gun battles between the CDG and the CDN-Los Zetas continue to escalate in intensity as both sides utilize machine guns along with armored vehicles and explosives in their clashes.