Mexican law enforcement officials arrested a border city political candidate on human smuggling allegations in the border city of Piedras Negras, Coahuila. The candidate and his family claim that the arrest is part of a political prosecution.

Breitbart Texas exposed the candidate as having had several brothers jailed in the U.S. on drug charges and for being the brother of a top regional commander for Los Zetas cartel.

Coahuila state authorities arrested Lorenzo Menera earlier this week and turned him over to federal authorities after allegedly catching him with two Central American migrants, a statement from the Coahuila State Government revealed. Menera made various unsuccessful bids for mayor of the border city of Piedras Negras and was considered to be a favorite for the June elections.

Menera’s brother, Masias Menera, who is also running for political office recorded the moment of the arrest claiming state police forces and government officials were targeting his family.

According to the statement from state authorities, police officers saw the two migrants get out of a tractor-trailer and get inside Menera’s 2012 Jeep Grand Cherokee. Officials turned over to Mexico’s Attorney General’s Office for investigation and prosecution. After the arrest, the Menera family organized a large-scale protest outside of the FGR facilities in Piedras Negras calling for the release of Lorenzo Menera.
After his release, Menera posted a video where he proclaimed his innocence and authorities took the migrants there as an apparent set-up.

Breitbart Texas first reported on Menera in 2017 revealing that three of his brothers have previously been charged in a U.S. federal court of drug trafficking offenses. Menera also has another brother who is currently jailed in Mexico for being a top regional leader of Los Zetas. 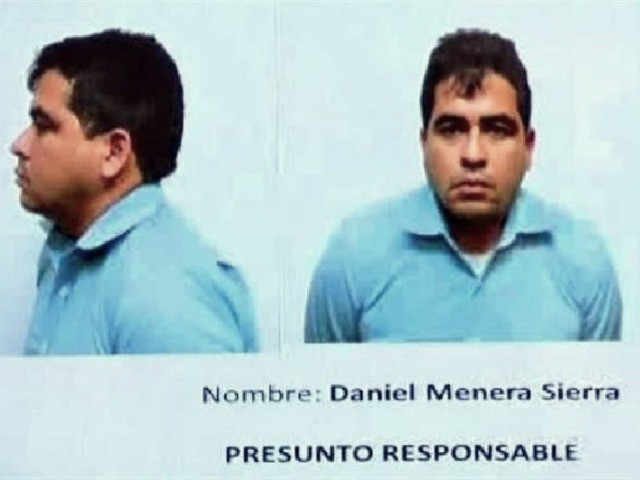 Menera’s other brothers Francisco “Chico” Menera Sierra, Rufino Menera Sierra, Felipe “El Japo” Menera Sierra, were all the subjects of criminal indictments filed in a U.S. federal court. While Chico Menera and Rufino Menera spent time in federal prison following their conviction, U.S. prosecutors closed the case against El Japo after he was killed by gunmen in Piedras Negras.