Last summer, Joss Whedon (yes, he’s my master now), caused a minor sensation with his Dr. Horrible’s Sing Along Blog. One of the reasons the musical comedy about a would-be super-villain’s miserable love life was so successful — other than Whedon’s pact with Satan whereby he traded his soul, his mint condition Giant Size X-Men # 1 and a lifetime supply of HoHos in exchange for mystical word-talent — was that Whedon was standing on the shoulders of Alan Moore, the author of the landmark comic book Watchmen. More than anyone else, Moore is credited with “deconstructing” the comic book super-hero, and he probably deserves that credit. Though like with all great artistic innovators, Moore had his influences in this regard. Every artist has in his background a mob of ghostly helpers bigger than the crowd of phone technicians in that Sprint Verizon commercial. For instance, Marvel Comics (where my first loyalties lie, for the record) had already broken considerable ground in humanizing its heroes long before Moore started writing. Peter Parker, after all, was a terrible dork. 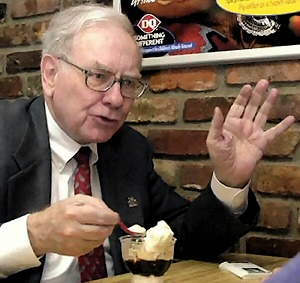 This March, after decades of typical Hollywood rigmarole and creative argy-bargy, the film adaptation of Watchmen is finally going to hit screens and Watchmen-mania is running its course like a particular bad case of fanboy (and fangirl) St. Vitus’ Dance. I’m very excited to see it myself. But lots of people, starting with Moore himself, simply don’t believe Watchmen will work as a movie. My fingers are crossed, but I think they have the better part of the argument.

Regardless, if for no other reason than this is a new blog at the intersection of politics and Hollywood, there’s one thing that should at least be pointed out: Much of the political vision of Watchmen – and Watchmen was a deeply political piece of work – is horribly outdated today and was, in the grand scheme of things, just plain wrong when it came out. Moore intended the book to be at least in part a biting indictment of Reagan and Thatcher and the Cold War in general. He saw the book as explicitly anti-Reagan, if not necessarily anti-American (Reagan doesn’t actually appear in Watchmen).

This exposes one of the problems with Moore’s political vision: he seems to think the Cold War was a purely Reaganite phenomena that descended on America like a dark curtain thanks in part to the death of JFK. In Moore’s alternative universe Richard Nixon, a stand-in for Reagan, is serving out his fifth term as president. The title “Watchmen” is an allusion to a real JFK speech — “We are the watchmen of freedom” — that was never delivered because of the assassination, which in Moore’s alternate reality was probably masterminded by Nixon. It’s never said outright, but it’s strongly suggested that everything went wrong geopolitically after that. For example, JFK apparently wouldn’t have approved the use of superheroes in Vietnam (superheroes being something of a stand-in for nuclear weapons in this case. It’s complicated.).

But this is nonsense. Kennedy was an outright Cold War hawk who ran to Nixon’s right in 1960 on such issues as the “missile gap.” While Nixon certainly had very solid anti-Communist credentials, when he actually became president, Nixon ended the Vietnam War, recognized Communist China and ushered in an era of détente with the Soviets.

But that’s a nitpick about what may be a defensible thematic device. The real problem with Moore’s anti-Reaganite vision is that it places the blame for the omnipresent climate of fear on Reagan himself. (Apparently, Moore was unaware of, say, the Kennedy-era “duck-and-cover” ads). In the 1980s the greatest fear-mongering could be found not in Reagan’s “Morning in America” themes but in left-wing critiques like Moore’s. Films like the British “Threads” or the watered-down American made-for-TV movie “The Day After,” were far more relentless in scaring the hell out of people than anything Reagan ever said or did. This was the deliberate tactic of the SANE Freeze crowd in and out of Hollywood, which thought it was their duty to make Americans more scared of their own government than they were of the Soviets. And the miasma of conspiratorial phobias that hangs over Watchmen’s universe is one that suggests Western governments were not only to blame for Cold War tensions, but that Western governments were actually the real villains.

This is not to say that Moore’s vision is cartoonish or even comic-bookish. It is deadly serious and he leaves many things open to diverse interpretations. Indeed, the greatest villain of the book is an idealistic, liberal-leaning, megalomaniac. But the existential angst and moral nihilism that serves as the spine of the book isn’t a product of Reaganism, but of the left’s ill-advised, ahistoric, and self-indulgent response to Reaganism. And, oh yeah: let the word go forth that Reagan’s vision proved correct barely a few years after Watchmen’s release. Meanwhile, Moore’s political vision – in part because it was so wrong – seems like 80’s kitsch today, which may be one of the reasons so many people believe the book is untranslatable to the big screen. Again, I hope the naysayers are wrong about that. I also hope the producers don’t try to cram the story into today’s left-wing critiques of the war on terror either which would, in a stroke, prove the naysayers right.