A Florida kid called 911 over Christmas break because he couldn’t log into the Xbox and Playstation Networks to play with his friends.

A hacking group, which calls itself “The Lizard Squad,” knocked Sony’s servers offline over the holiday break, which left many people disconnected from their peers in the online gaming community.

Amid the PSN outage, one lonely gamer called the 911 dispatcher to ask if they knew why the network was down.

Here is the exchange between an anonymous kid and the dispatcher, via Complex, which was later tweeted out by the Palm Beach Sheriff’s Office to remind people to only call 911 if they have an actual emergency.

The conversation ended with the dispatcher suggesting that the kid go outside or read a book. 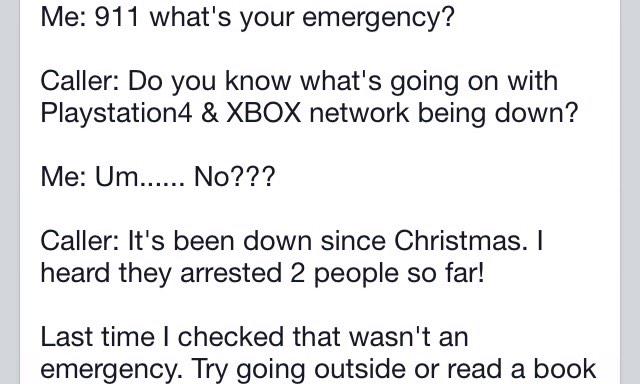