Billboard has issued an apology after being accused of sexualizing Kanye West and Kim Kardashian’s 20-month-old daughter, North West, on Twitter.

The music publication drew the ire of social media on Friday after the official Billboard Twitter account posted a photo of Kardashian and North, which was captioned, “The apple doesn’t fall far from the tree…” 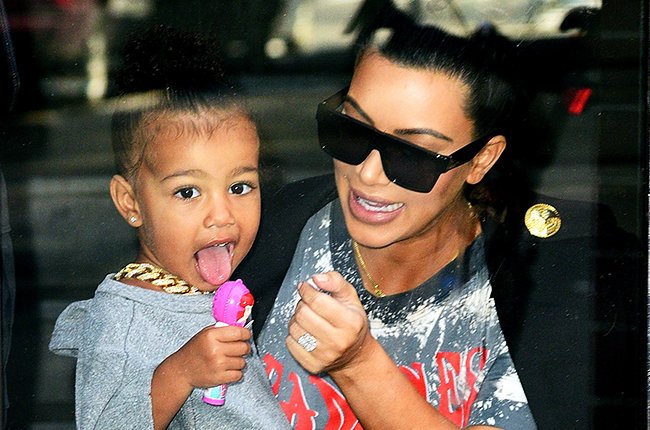 The problem: the image was of the toddler licking a red lollipop, which some people interpreted as a reference to Kardashian’s viral sex tape, in which she performed oral sex on former boyfriend, singer Ray J. The video has been credited with putting Kardashian on the map.

Wow! This is disgusting of you guys RT @billboard: The apple doesn’t fall far from the tree… https://t.co/uUnedZsy6V https://t.co/Zf1cQbD2Jd

After becoming aware of the critical tweets, the publication attempted to clarify the intent of the post.

“The caption was about her comments to paparazzi. The suggestion some see was not intended,” wrote Billboard after it deleted the original tweet, which was apparently a reference to West’s hatred of being photographed in public:

We apologize for the tweet involving North West. The caption was about her comments to paparazzi. The suggestion some see was not intended.

Billboard is still facing backlash, despite the apology.

“Don’t throw a rock and then hide your hand. Or tell people it was a rock b/c that’s what they ‘perceived’ it to be,” wrote another user via Yahoo. “If the backlash wouldn’t have been so swift and strong, you would’ve left that sexually suggestive tweet about a toddler up. Y’all thought it was funny. Stand behind it and deal with the fire you started,” the user continued.

Check out more angry tweets below:

North West ain't even 2 yet and the media is already sexualizing her. @billboard whoever wrote this is scum. pic.twitter.com/THG5IG6gDi

@billboard pls, y'all been doing dumb shit for 2 years , stay trying to get a few clicks

@billboard How about just leaving the 2 year old out of your trash headlines. She isn't "already" anything. Stop trying to grow her up.

@billboard Apology not accepted-You guys are sexualizing a 2yr.old in anticipation -Oh My Gahhh how fxckn twisted:Where's Ye?

@billboard why don't you tell us what happened to you as a child, for you to objectify & sexualize an innocent baby and then fake applogize