Late Show host Stephen Colbert ripped President Donald Trump for his response to Hurricane Harvey during his Tuesday night monologue — but incorrectly claimed that the president had not met with a “single” victim of the devastating storm during his visits to flood-ravaged Texas this month.

During his introduction Tuesday night — his first show back after a two-week vacation — the outspoken anti-Trump critic read from a Politico story dated August 29, as The Hill noted.

“It was a presidential trip to a deluged state where the president didn’t meet a single storm victim, see an inch of rain or get near a flooded street,” Colbert said.

“He’s been closer to a flood in a Russian hotel room,” the CBS host added.

But as The Hill points out, the report Colbert referred to came from Trump’s first visit to Texas on August 29, when he visited Corpus Christi, so as to avoid impeding relief efforts in Houston. The president conducted a briefing on the storm at the Annaville Fire Department as hundreds of Texans lined the street, chanting pro-Trump slogans including “Texas Strong!” and “We love Trump!”

The president visited the devastated Houston region four days later, where he met with with Harvey victims and helped to serve meals at the relief center set up at NRG Stadium. As Breitbart News reported, Trump met with families affected by the flooding and took selfies and photos with several children inside the relief center. 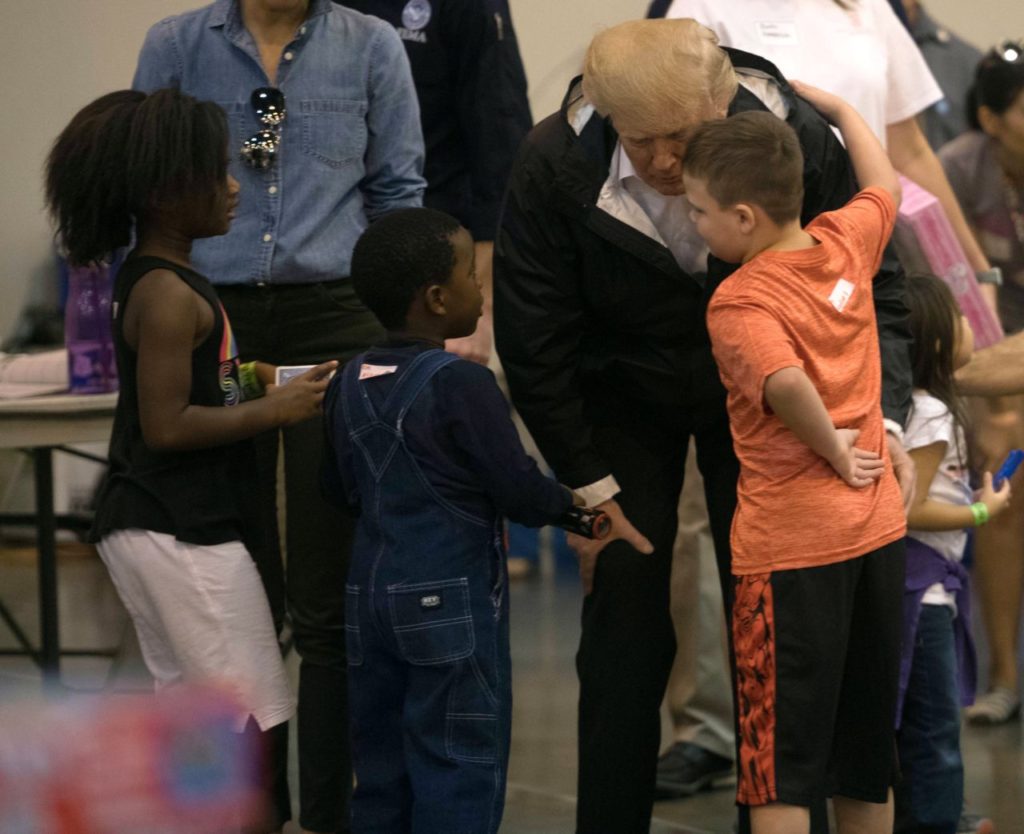 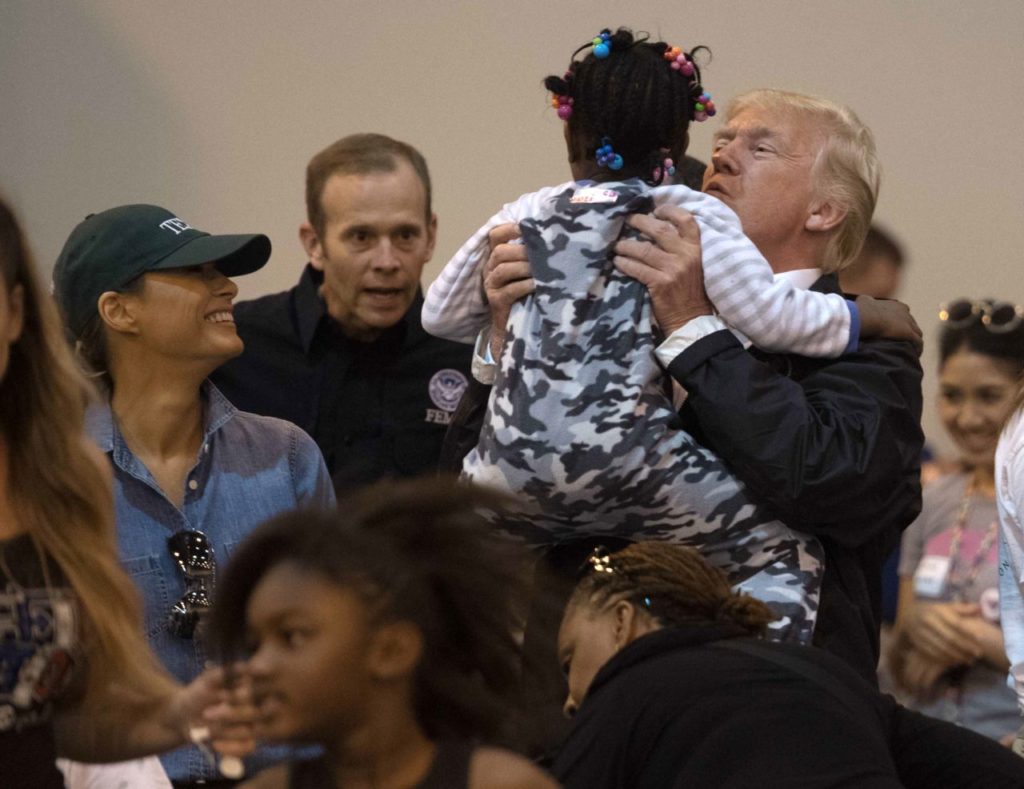 Colbert has been perhaps the most vocal critic of Trump’s presidency in all of late-night television. In May, the former Comedy Central star stirred controversy when, during a particularly heated monologue, he said that the only thing Trump’s mouth is good for is being Vladimir Putin’s “c*** holster.” The remark drew widespread complaints, though the FCC declined to penalize the network.

In July, Showtime announced it had partnered with Colbert to produce a half-hour animated comedy series about the Trump White House and the president’s family members.