Screenwriter Scott Rosenberg blasted disgraced movie mogul Harvey Weinstein in a searing Facebook post Monday, in which he claimed “everybody” in the entertainment business knew about Weinstein’s history of alleged sexual harassment and abuse.

Rosenberg, who penned early Miramax hits Things to Do in Denver When You’re Dead and Beautiful Girls, wrote of Miramax’s “glory days in Tribeca,” and “raucous nights” out on the town when the company was in its heyday. Harvey and Bob Weinstein founded Miramax in 1979 and later sold the company to Disney, before leaving to found The Weinstein Company together in 2005.

“So, yeah, I was there. And let me tell you one thing. Let’s be perfectly clear about one thing: Everybody-f**king-knew,” Rosenberg wrote on Facebook, in a post apparently composed in prose style.

“Not that he was raping. No, that we never heard,” he added. “But we were aware of a certain pattern of overly-aggressive behavior that was rather dreadful. We knew about the man’s hunger; his fervor; his appetite. There was nothing secret about this voracious rapacity; like a gluttonous ogre out of the Brothers Grimm. All couched in vague promises of potential movie roles.” 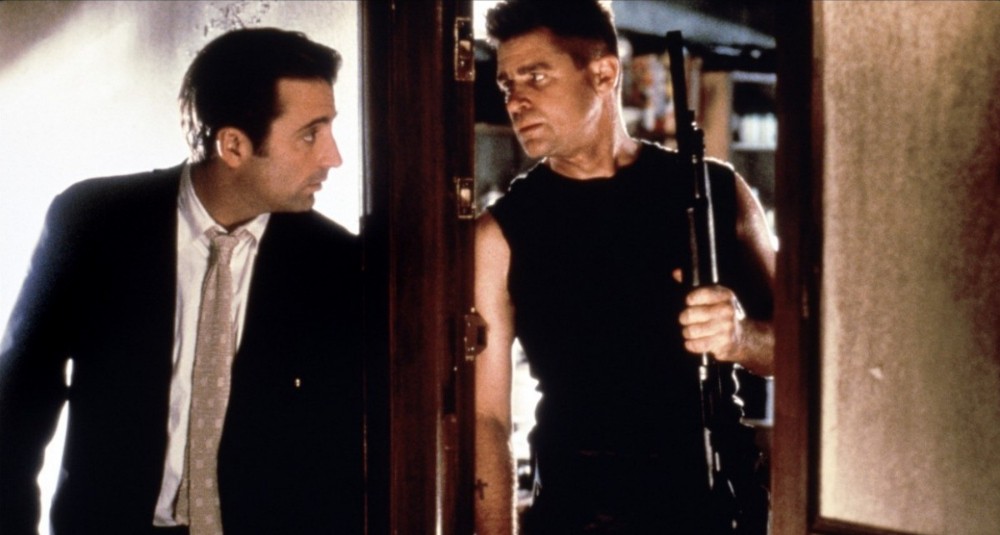 Rosenberg wrote the screenplay for Miramax’s 1995 film ‘Things to Do in Denver When You’re Dead,’ which starred Andy Garcia. (Miramax) 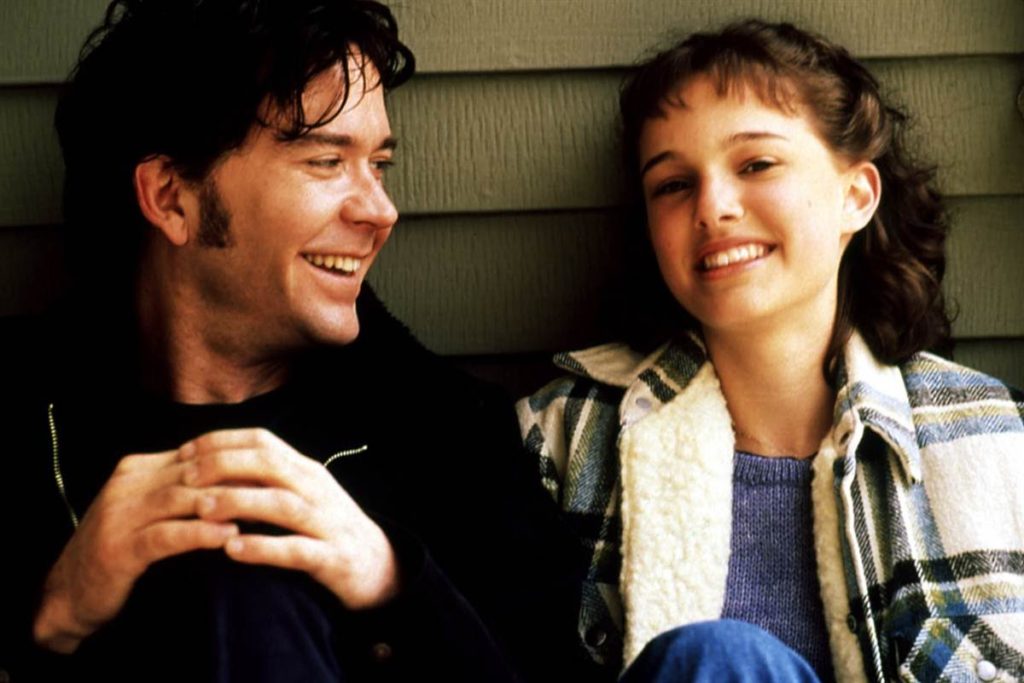 Rosenberg also blasted those in the film industry who said they didn’t know of Weinstein’s behavior, because he said he discussed it openly with the “big” producers, directors, actors and actresses, and screenwriters at the time, though he conceded that perhaps the “magnitude of the awfulness” was not well known.

“And to me, if Harvey’s behavior is the most reprehensible thing one can imagine, a not-so-distant second is the current flood of sanctimonious denial and condemnation that now crashes upon these shores of rectitude in gloppy tides of bullsh*t righteousness,” he added.

The screenwriter’s social media post comes as more women have come forward to accuse Weinstein of sexual misconduct, while other actresses, including Jennifer Lawrence and Reese Witherspoon, have detailed their own allegations of sexual assault and harassment by other Hollywood executives.

Lauren Holly and Mira Sorvino, who starred in Beautiful Girls (top left and top right in the photo above), are among the women who have accused the mogul of sexual misconduct.

Weinstein was expelled from both the Academy of Motion Picture Arts and Sciences and the Producers Guild of America this week, with the PGA also announcing the creation of an Anti-Sexual Harassment Task Force charged with coming up with solutions to sexual harassment in Hollywood.

So, uh, yeah.
We need to talk about Harvey.

Harvey and Bob made my first two movies.
Then they signed me to an overall deal.
Then they bought that horror script of mine about the Ten Plagues.
For a lot of money.
Also bought that werewolf-biker script.
That no one else liked but was my personal favorite.
They were going to publish my novel.
They anointed me.
Made it so other studios thought I was the real deal.
They gave me my career.

I was barely 30.
I was sure I had struck gold.
They loved me, these two brothers, who had reinvented cinema.
And who were fun and tough and didn’t give an East Coast fuck about all the slick pricks out in L.A.

And those glory days in Tribeca?
The old cramped offices?
That wonderful gang of executives and assistants?
All the filmmakers who were doing repeat business?
The brothers wanted to create a “family of film”.
And they did just that…
We looked forward to having meetings there.
Meetings that would turn into plans that would turn into raucous nights out on the town.
Simply put: OG Miramax was a blast.

So, yeah, I was there.
And let me tell you one thing.
Let’s be perfectly clear about one thing:

Not that he was raping.
No, that we never heard.
But we were aware of a certain pattern of overly-aggressive behavior that was rather dreadful.
We knew about the man’s hunger; his fervor; his appetite.
There was nothing secret about this voracious rapacity; like a gluttonous ogre out of the Brothers Grimm.
All couched in vague promises of potential movie roles.
(and, it should be noted: there were many who actually succumbed to his bulky charms. Willingly. Which surely must have only impelled him to cast his fetid net even wider).

And to me, if Harvey’s behavior is the most reprehensible thing one can imagine, a not-so-distant second is the current flood of sanctimonious denial and condemnation that now crashes upon these shores of rectitude in gloppy tides of bullshit righteousness.

I saw you.
All of you.
God help me, I was there with you.

But…
And this is as pathetic as it is true:
What would you have had us do?
Who were we to tell?
The authorities?
What authorities?
The press?
Harvey owned the press.
The Internet?
There was no Internet or reasonable facsimile thereof.
Should we have called the police?
And said what?
Should we have reached out to some fantasy Attorney General Of Movieland?
That didn’t exist.

Not to mention, most of the victims chose not to speak out.
Aside from sharing the grimy details with a close girlfriend or confidante.
And if they discussed it with their representatives?
Agents and managers, who themselves feared The Wrath Of The Big Man?
The agents and managers would tell them to keep it to themselves.
Because who knew the repercussions?
That old saw “You’ll Never Work In This Town Again” came crawling back to putrid life like a re-animated cadaver in a late-night zombie flick.
But, yes, everyone knew someone who had been on the receiving end of lewd advances by him.
Or knew someone who knew someone.

A few actress friends of mine told me stories: of a ghastly hotel meeting; of a repugnant bathrobe-shucking; of a loathsome massage request.
And although they were rattled, they sort of laughed at his arrogance; how he had the temerity to think that simply the sight of his naked, doughy, carbuncled flesh was going to get them in the mood.
So I just believed it to be a grotesque display of power; a dude misreading the room and making a lame-if-vile pass.

And here’s where the slither meets the slime:
Harvey was showing us the best of times.
He was making our movies.
Throwing the biggest parties.
Taking us to The Golden Globes!
Introducing us to the most amazing people (Meetings with Vice President Gore! Clubbing with Quentin and Uma! Drinks with Salman Rushdie and Ralph Fiennes! Dinners with Mick Jagger and Warren-freaking-Beatty!).

The most epic Oscar weekends.
That seemed to last for weeks!
Sundance! Cannes! Toronto!
Telluride! Berlin! Venice!
Private jets! Stretch limousines! Springsteen shows!
Hell, Harvey once took me to St. Barth’s for Christmas.
For 12 days!
I was a broke-ass kid from Boston who had never even HEARD of St. Barth’s before he booked my travel.
He once got me tickets to the seven hottest Broadway shows in one week. So I could take a new girlfriend on a dazzling tour of theater.
He got me seats on the 40-yard-line to the Super Bowl, when the Patriots were playing the Packers in New Orleans.
Even got me a hotel room, which was impossible to get that weekend.
He gave and gave and gave and gave.
He had a monarch’s volcanic generosity when it came to those within his circle.
And a Mafia don’s fervent need for abject loyalty from his capos and soldiers.

But never mind us!
What about what he was doing for the culture?
Making stunningly splendid films at a time when everyone else was cranking-out simpering “INDEPENDENCE DAY” rip-offs.

It was glorious.
All of it.

So what if he was coming on a little strong to some young models who had moved mountains to get into one of his parties?
So what if he was exposing himself, in five-star hotel rooms, like a cartoon flasher out of “MAD MAGAZINE” (just swap robe for raincoat!)
Who were we to call foul?
Golden Geese don’t come along too often in one’s life.

Which goes back to my original point:
Everybody-fucking-knew.
But everybody was just having too good a time.
And doing remarkable work; making remarkable movies.

As the old joke goes:
We needed the eggs.

I mostly lost touch with the brothers by the early 2000s.
For no specific reason.
Just that there were other jobs, other studios.
But a few months ago, Harvey called me, out of the blue.
To talk about the bygone days.
To talk about how great it would be to get some of the gang back together.
Make a movie.
He must have known then the noose was tightening.
There was a wistfulness to him that I had never heard before.
A melancholy.
It most assuredly had a walking-to-the-gallows feel.
When we hung up I wondered: “what was that all about?”
In a few short weeks I would know.
It was the condemned man simply wanting to comb some of the ruins of his old stomping grounds.
One last time.

So, yeah, I am sorry.
Sorry and ashamed.
Because, in the end, I was complicit.
I didn’t say shit.
I didn’t do shit.
Harvey was nothing but wonderful to me.
So I reaped the rewards and I kept my mouth shut.
And for that, once again, I am sorry.

But you should be sorry, too.
With all these victims speaking up…
To tell their tales.
Shouldn’t those who witnessed it from the sidelines do the same?
Instead of retreating to the cowardly, canopied confines of faux-outrage?
Doesn’t being a bystander bring with it the responsibility of telling the truth, however personally disgraceful it may be?

Because I was there with you.