With awards season just around the corner, Hollywood studios are highlighting and promoting their series’ stars for nominations. Now Disney is promoting actress Gina Carano prominently on their “For Your Consideration” poster, pushing her for a Supporting Actress nod for her role in The Mandolorian. The move comes just three months after Carona was ostensibly fired and removed from all future roles for Lucasfilm and Disney projects.

After woke activists on Twitter launched a #FireGinaCarano hashtag campaign in February, entertainment giants Luscasfilm and Disney removed the actress from the popular streaming show, The Mandalorian, saying that her social media posts “denigrating people based on their cultural and religious identities are abhorrent and unacceptable.” 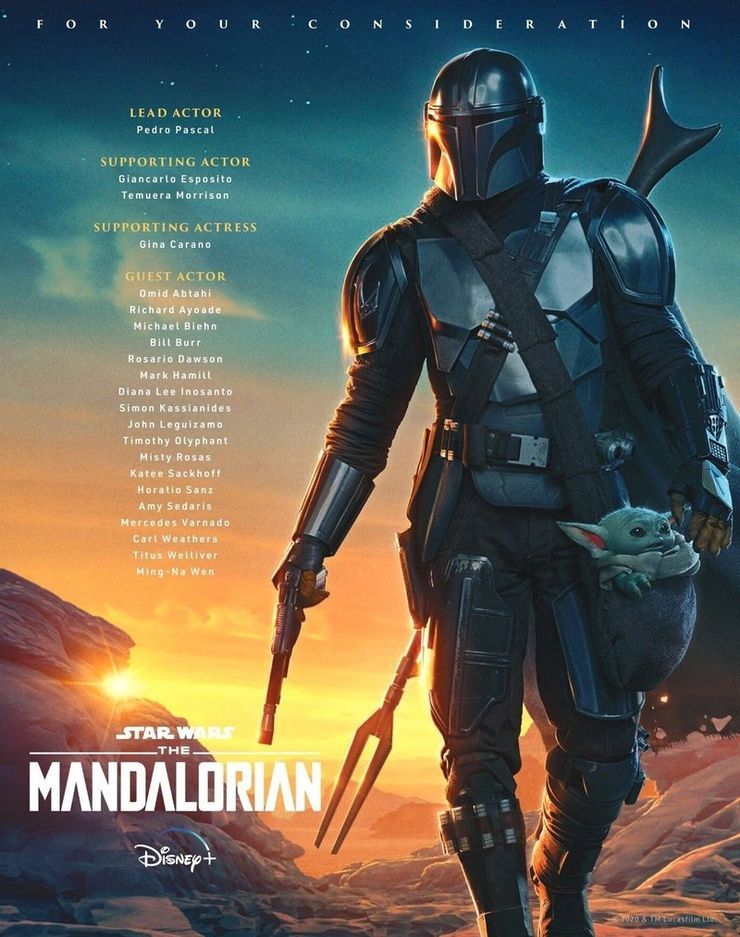 But now, Disney has listed Carano’s name on its list of hopefuls for an Emmy (image above), according to the New York Post.

Pascal, you may recall, also compared contemporary politics with Nazi Germany. But he, unlike Carano, didn’t get fired from his starring role on The Mandolorian.

Not only did Carano lose her starring role on The Mandalorian, she also lost her talent agent, and even had a Hasbro action figure based on her character canceled.

“I’ve been through so much, and I’ve seen so much now, clearly, of the bullying that’s been taking place, and I saw it before,” Carano recently said. “I’m not the only one that’s ever been bullied by this company, and I know that so deeply.”

Carano was attacked after she tweeted, then deleted, “Jews were beaten in the streets, not by Nazi soldiers but by their neighbors…. even by children.”

Her post continued: “Because history is edited, most people today don’t realize that to get to the point where Nazi soldiers could easily round up thousands of Jews, the government first made their own neighbors hate them simply for being Jews. How is that any different from hating someone for their political views?”