The left-wing fascists at WarnerMedia are blacklisting Harry Potter creator J.K. Rowling from a splashy 20th-anniversary celebration set to air on HBOMax.

And then there’s this: “But there’s one notable omission from the list of participants: creator J.K. Rowling.”

Look at all the people who are invited:

And why is Rowling being blacklisted by these monstrous McCarthyites? Because Rowling believes in things like facts, science, and biology. She refuses to be bullied and gaslighted by this ludicrous transsexual voodoo that demands we believe men can menstruate and have babies; that simply by saying so, a person can magically change sex. 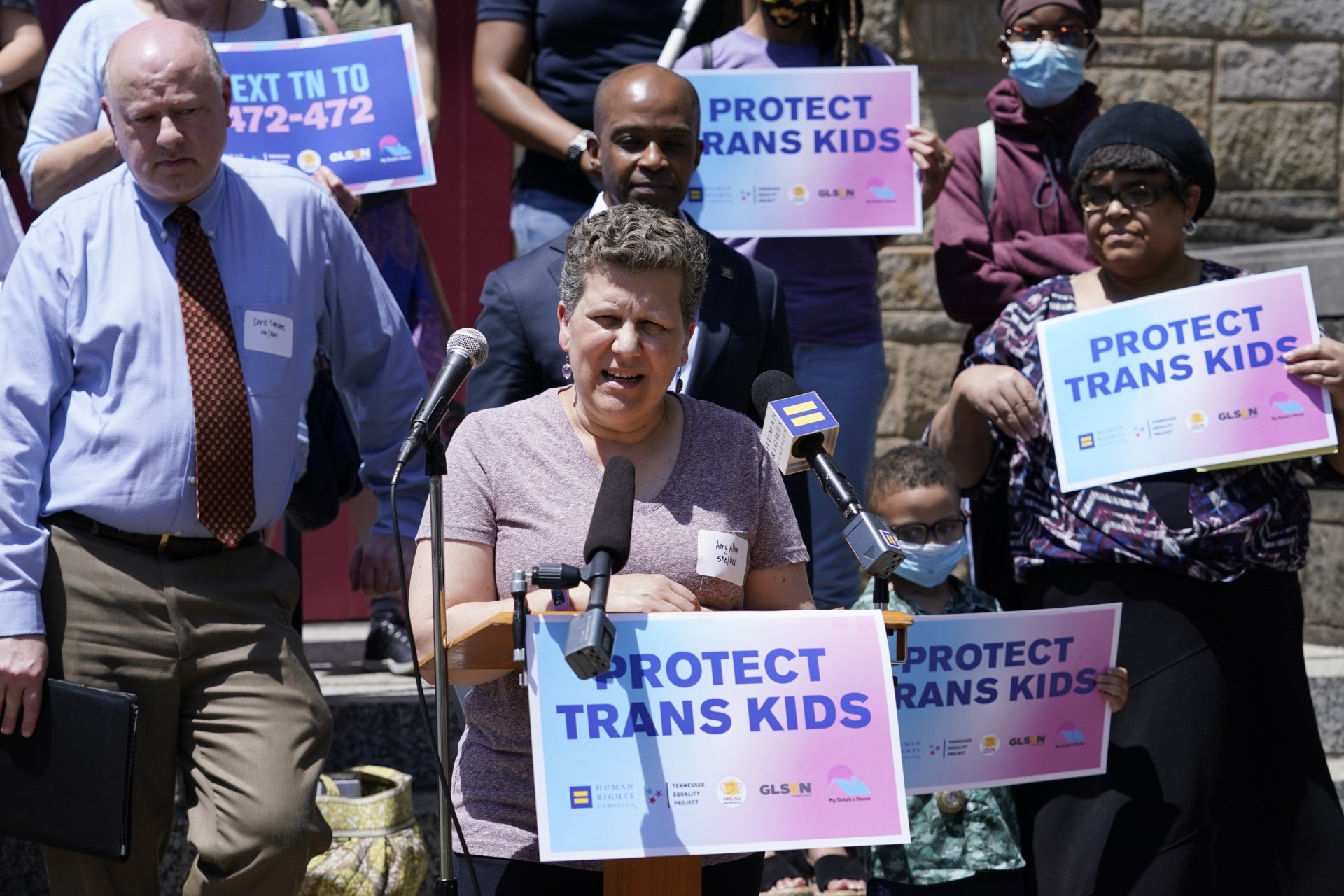 In this May 21, 2021, file photo, Amy Allen, the mother of an 8th grade transgender son, speaks after a Human Rights Campaign round table discussion on anti-transgender laws in Nashville, Tenn. The Texas abortion ban that so far has outmaneuvered Supreme Court precedent is the latest iteration of a legislative strategy used by Republican-led states to target pornography, gay rights and other hot-button cultural issues. (AP Photo/Mark Humphrey, File)

The release made no mention of Rowling when listing those participating in the retrospective. While Harry Potter remains a beloved franchise, Rowling sparked backlash from the trans community after saying that transgender individuals should be defined by their biological sex. Sources close to the project note that the retrospective will focus on the creation of the film and the central cast/team. Rowling will, however, be featured in archival footage. She will not make a new appearance in the special.

Yeah, the Nazis in the “trans community.”

Shame on every person who’s agreed to participate in this. They are all McCarthyite appeasers. It is outrageous to blacklist artists (or anyone) over any political belief, much less one grounded in the science of biology. Every person asked to participate in this reunion should have done the moral thing and said no unless Rowling was invited. They are cowards and quislings and should remember that history is never kind to censors and scolds.

On this issue, Rowling has been both fact-based and compassionate. But that’s not good enough for the Woke Gestapo that demands total fealty.

Even the two so-called men Rowling helped to make famous and wealthy, those twerps Daniel Radcliffe and Eddie Redmayne, have stabbed her in the back. Money-grubbing cowards are what they are.

The woke backlash has already begun, and I cannot wait to see Radcliffe and Redmayne and the rest of these fascists listed in the history books next to those who named names during the first McCarthy era.