BBC bosses are determined to replace Jeremy Clarkson as presenter of Top Gear with a woman. Senior executives have already been accused of talking up Clarkson’s fracas with a producer because they wanted to dump him as he is “blokeish and arrogant”. 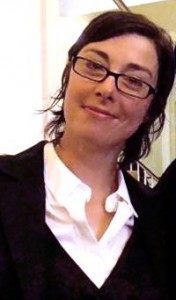 Sources at the corporation told the Daily Express the favourite to succeed Clarkson is Great British Bake Off presenter Sue Perkins. But BBC executives have also discussed model Jodie Kidd, who has made a number of successful appearances on the show as a guest.

The producers of Top Gear are said to be keen to find a presenter with a different style to “loudmouth” Clarkson. He was sacked last month after a dispute with a member of production staff, Oisin Tymon. The two ended up in a heated argument that got physical after Clarkson discovered the dinner service at his hotel was over by the time he arrived back after a day’s filming.

Shortly after Clarkson’s sacking his two co-presenters James May and Richard Hammond chose not to renew their contracts at the BBC. All three only had a few weeks left to run on their contracts, so parting company with the BBC proved relatively simple.

According to The Sun the three are now believed to be working together to bring a new TV show to the internet streaming channel Netflix. The departure of the presenters has enabled BBC executives to change the show into something more in line with the culture of the rest of the organisation.

When Clarkson first left there was some talk of the Radio2 presenter, Chris Evans, taking over. He is a well-known ‘petrol head’ and has an extensive collection of cars. Evans was quick to dismiss the idea saying it would “never happen”.

Readers of the Guido Fawkes website launched a petition to reinstate Jeremy Clarkson, and over a million people signed it. However, the senior BBC executive, Danny Cohen, is said to have been desperate to get rid of Clarkson.

Cohen had tried to remove Clarkson before, but was overruled by Lord Hall. He is described as “cerebral, metropolitan and painfully right-on”.