The Tory treasury minister, Andrea Leadsom, has accused the BBC of bias over the selection of the audience at the opposition leaders’ TV debate. Nigel Farage was widely booed and heckled from an audience that the BBC conceded was “mostly” from the anti-UKIP London region. 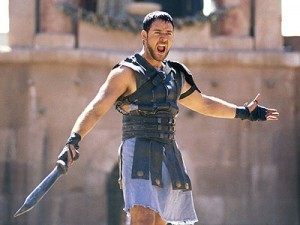 Throughout the final televised showdown the other four party leaders ganged up on Farage. Each took it in turns to attack the UKIP leader. Ed Miliband suggested that UKIP wanted to sell the National Health Service and move to an insurance scheme. Leanne Wood from Plaid Cymru was cheered for describing Farage as “my friend on the far right.”

She then told him he had “no right” to complain about being “abused” by the audience after his comments on HIV. At the last debate Farage had pointed out that large numbers of those receiving treatment for HIV were born overseas, which he claimed put pressure on the NHS.

Not that Farage was always forced on the defensive.

During a heated exchange over the shortage of affordable housing in the UK, the UKIP leader said that “even by the standards of the BBC”, the audience was too left-wing.

He said: “There is a total lack of comprehension amongst this panel and the audience, which is a remarkable audience even by the left-wing standards of the BBC.”

The UKIP leader was jeered as he was told by Ed Miliband that it was not a good idea to “insult the audience”, who had been selected by an independent polling firm.

Mr Farage responded: “The real audience is sitting at home.”

The chairman of the debate, David Dimbleby, was forced to defend the BBCs selection of the audience. He claimed the room had been put together by “an independent polling company” who had “selected a representative audience”.

During the debate UKIP released a document from the BBC that cast doubt on the claim that the audience was unbiased. The document said: “There will be a live audience selected by a reputable polling company mainly from the surrounding region.” The region the programme was filmed in was London, a traditionally poor area from UKIP. The party has just one MEP in London.

Restanding Tory minister Andrea Leadsom took to Twitter to claim the BBC was guilty of bias: “Appalling left wing bias in BBC audience – not reflecting views of the country. Easy to applaud spending money – shame we don’t have any.”

Appalling left wing bias in BBC audience – not reflecting views of the country. Easy to applaud spending money – shame we don’t have any.

After the debate, a UKIP spokesman told Breitbart London: “You could tell from the outset that the audience was not balanced – nor had we expected it to be.

“The BBC has a dreadful track record of doing this, as we repeatedly see from their flagship Question Time programme each week. But as Nigel Farage said the real audience was the one sitting at home, and it is one which, like in the last debate, Nigel will have connected with at a personal level.”

“Ironically, by trying to dismiss the allegation of the left wing bias of the audience, Dimbleby merely reinforced the BBC’s insanity.”

Neither David Cameron or Nick Clegg took part in the debate.