Christmas Eve is usually a quiet time for Britain’s town centres. Yes, there are a few, last minute, panic shoppers skulking around whatever shops have remained open – but by and large, the hordes you’d see in the run up to Christmas Day have already petered out, or migrated to a retail park off an abandoned motorway.

But this Christmas Eve has been slightly different in some of Britain’s towns, with crowds of Muslims gathered to celebrate ‘Milad un-Nabi’ – the birthday of the Islamic prophet Muhammad.

And rarely ever ones to miss an electoral opportunity, the event has been seized upon by at least one Labour Member of Parliament – Simon Danczuk – who took to Twitter to reflect upon the “Great march through #Rochdale today to celebrate the prophet’s birthday”. Another march took place in Sparkhill, Birmingham – a highly “diverse” area of the United Kingdom’s second city.

For Sunni Muslims, Milad un-Nabi is usually celebrated on the 12th day of the Islamic calendar month Rabi’ al-awwal, while the Shia Muslims celebrate it on the 17th of their month.

This year, the 12th coincides with Christmas Eve, and while some Muslims around the UK took the step of celebrating in public earlier this month, at least two groups decided they wanted to march through British town centres on Christmas Eve.

Observers noted the lack of women allowed to take part in the marches, while Mr. Danczuk’s Twitter followers seemed unimpressed by his posing with the group.

Thousands of people lined the streets as the Muslim community celebrated the birthday of the Prophet Mohammed.

The colourful event on Thursday afternoon saw all traffic brought to a halt, as the event took place.

For Christmas Eve this year is the Prophet Mohammad’s birthday for followers of the Islamic faith.

And Muslims in Birmingham were busy celebrating their spiritual leader’s anniversary.

In Sparkhill thousands lined the streets and took part in a noisy colourful parade.

This started at The Mehre Millat Mosque in Shakespeare Street and continued on passing by several mosques en route.

The Prophet’s birthday – known as Eid MIlad ul-Nabi – falls on the 12th or 17th day of the Islamic month of Rabi’ al-awwal.

It changes every year because the Islamic calendar is lunar. 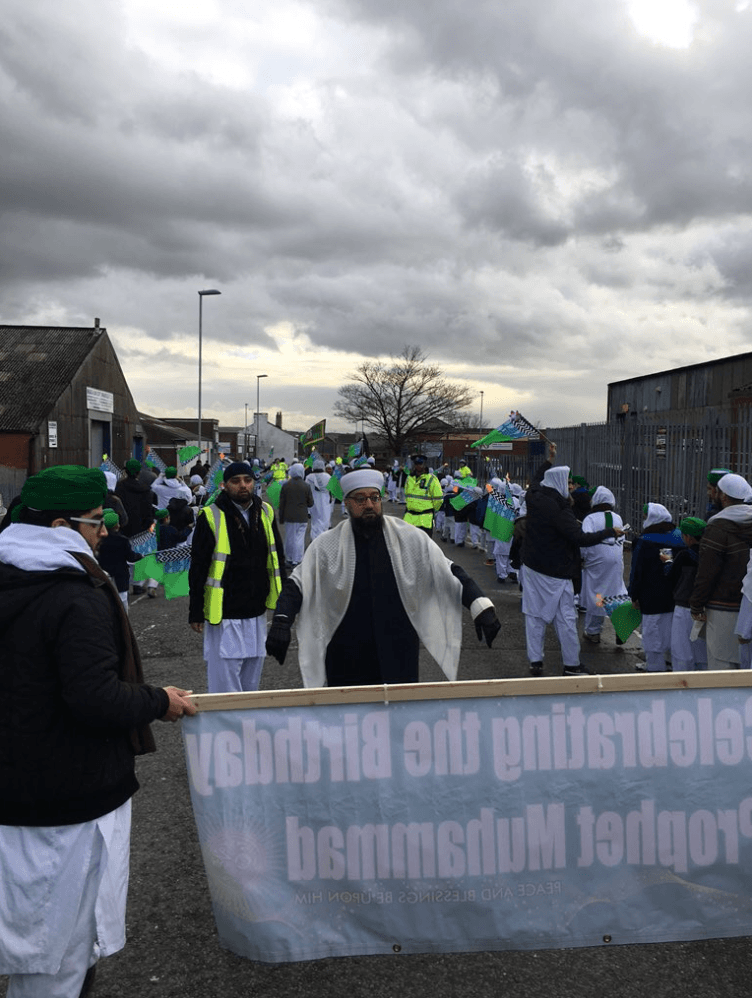 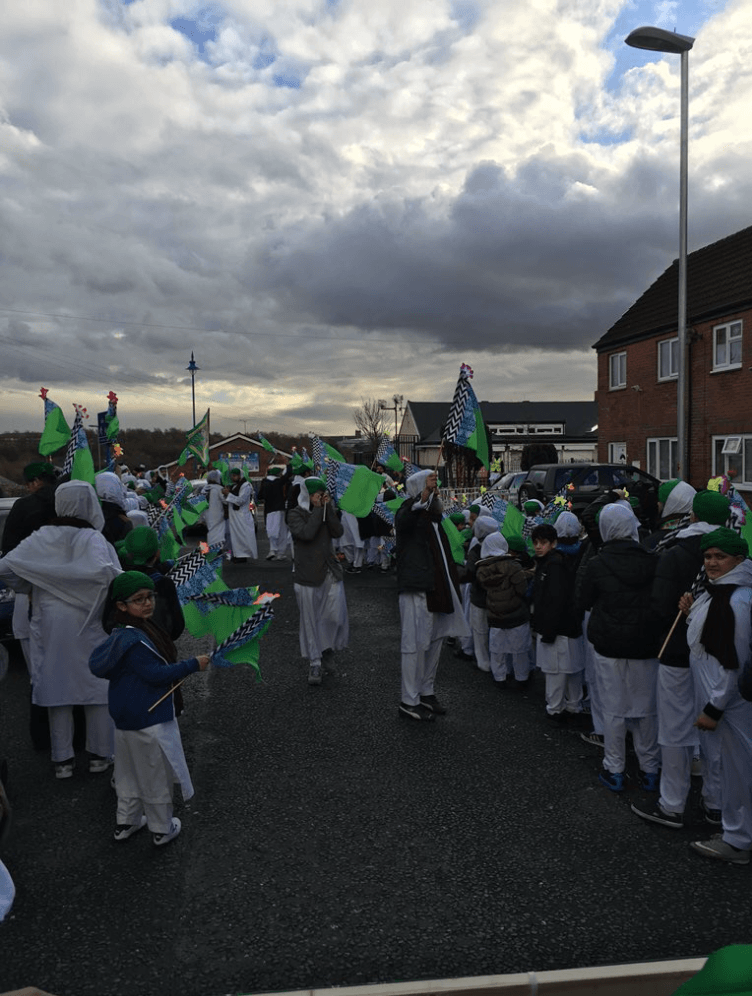 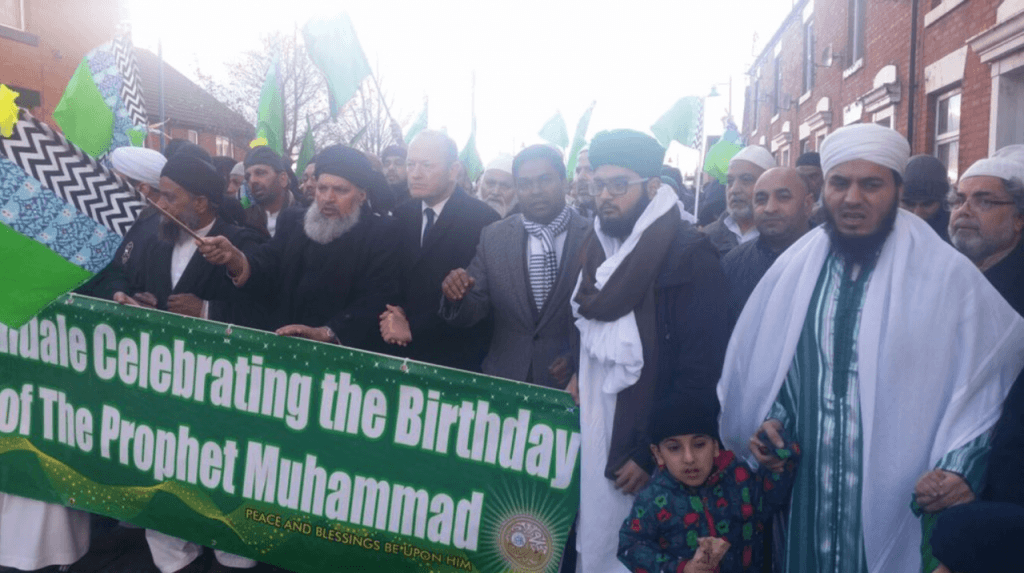 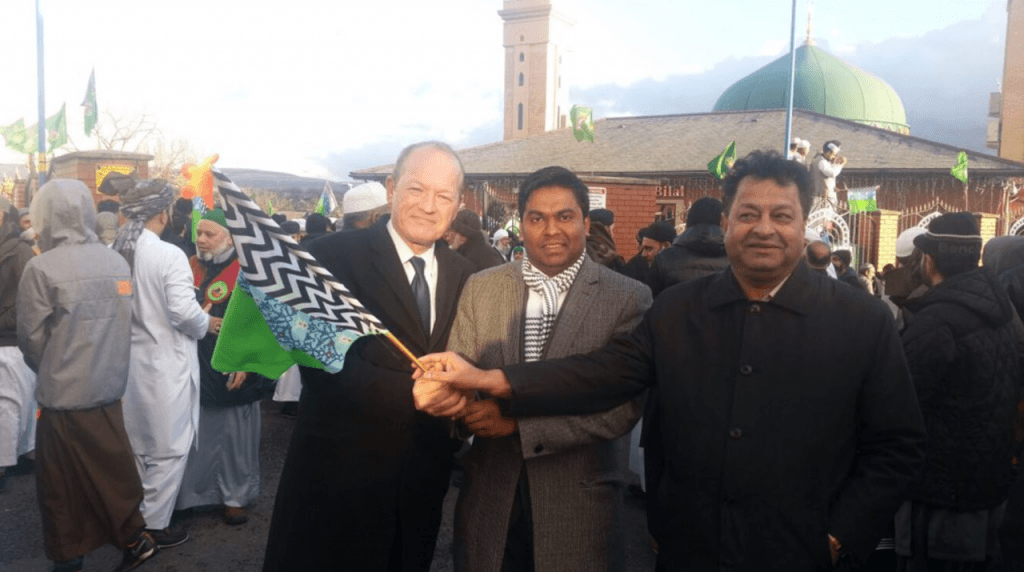