The interior minister for the German state of North Rhine-Westphalia, within which Cologne is situated, has said people of a right wing persuasion discussing the mass sexual assaults on New Years Eve online are equally “awful” as the attackers and rapists.

“What happens on the right-wing platforms and in chat rooms is at least as awful as the acts of those assaulting the women,” Ralf Jaeger, a member of the left wing Social Democratic Party of Germany, told reporters this morning.

“This is poisoning the climate of our society”, he added, after equating anti-immigration rhetoric with sexual assault.

Breitbart London — a “right wing platform” — first brought news of the attacks to the English speaking world, sparking a global tide of outrage in the process.

Over 90 women were attacked in Colonel on New Years Eve, with multiple victims describing the 500 to a 1000 perpetrators as “Arab and North African”.

Many of the men did not speak German or English, leading to speculation that they are from the more that a million migrants who have entered Germany this year. 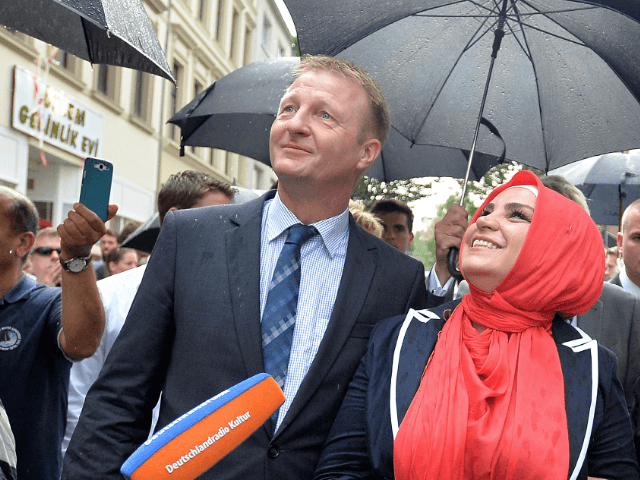 Mr. Jaeger also said police needed “adjust” to the new phenomenon of groups of men attacking women “en masse” to ensure there was no repeat of the events of New Year’s Eve.

“Something like this must not happen again – not only in Cologne, but also in other big cities,” he said. There was similar attacks on a smaller scale in every major German city on New Year’s Even; in Berlin, Hamburg, Stuttgart and Dusseldorf.

“The police have to conceptually adjust to the fact that there are apparently groups of perpetrators, who assault women en masse. This must not happen in our society and the police as well as the city authorities have to react to it”, continued Mr. Jäger.

In the wake of the attacks, the German media and police have been accused of orchestrating a cover up of the crimes due to the ethnic origin of the perpetrators. The interior minister’s comments are unlikely to help ease the climate of fear and self-censorship.

German public broadcaster ZDF apologised yesterday for delays in reporting the sexual assaults, after it emerged they had details of the story for 24 hours before they broadcast them.

Furthermore, the German government has been pushing to have anti-immigration speech censored from social media sites such as Facebook and Twitter.