A new smartphone app released by the German government aims to teach new migrants about German culture. But traditional German customs seem noticeably absent and newcomers are taught Germany is a “land of immigration”.

Ankommen or “Arrive” is available for Android and iOS in Arabic, English, Farsi, French and German, and is the first official government app for migrants.

Project coordinator Heinrich Alt justified the creation of the app by stating that at least 80-90 per cent of the refugees owned smartphones, contrary to what people expect of those fleeing a war zone.

There are case studies in the app which all start with the phrase “Typically German?” which link a quote from various other migrants.

One such example is the hijab wearing Umul from Somalia who thanks Germans for pointing out there was pork in the meat she was buying at the supermarket. None of the people in the “typically German?” cases are native Germans, and throughout the whole app hardly any native Germans make an appearance, giving new migrants the impression that Germany is a country exclusively made up of migrants. 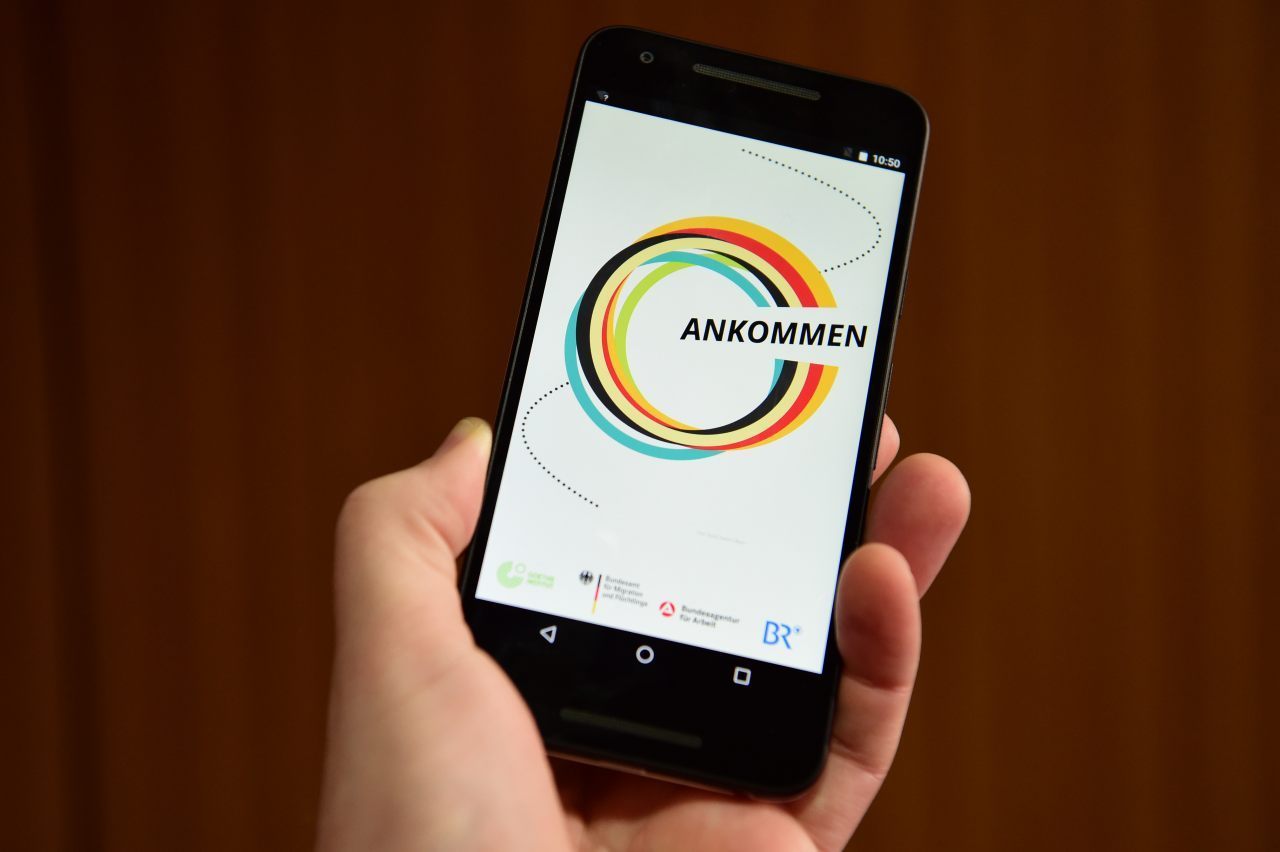 The section on living in Germany provides testimony from two Syrians, two Iraqis, a Somali, a Ukrainian, a Turk, a Greek person, and a Spaniard.

The section on freedom of religion even asserts: “Germany is a country of immigration with a variety of religions,” while the display picture is of the bare feet of a Muslim praying.

There most interesting section is on “social interactions with women” that seems appropriate after the New Year’s Eve sex attacks in Cologne and migrant attitudes like the migrant who told a woman “German women are just for sex”.

The section tells migrants that “no means no” and that, “women can go into town alone if they want,” and, “a woman may talk to men and dance and laugh with them – but that does not automatically mean that she is interested in anything more than that.”

Speaking on German women’s clothing is says, “Short skirts, high heeled shoes and make-up are most often worn for fashion reasons. Men must not misinterpret a woman’s clothing style as an invitation.”

The article also says  “A woman is allowed to say ‘no’ ” to any man’s sexual advances. It will remain to be seen whether or not this education will have much impact on the widespread cases of sexual assault across Germany and Austria that has been going on in asylum centres and public swimming pools.

Another part of the app is titled “we are all equal” with a background picture of what appears to be a man with his arm around another man. This article tells migrants that they should be encouraged to tell police if they feel discriminated against and gives them a few telephone numbers to contact the authorities.

Along with teaching some very basic German phrases, describing the asylum process and the needlessly complicated German waste collection system, the app paints a picture of a diverse Germany of immigrants, multiple religions, the system of government, and the welfare state. But perhaps it’s more important what the app seems to leave out: the Germans.