The largest Muslim sect in the UK, controlling half of Britain’s Mosques, hosted an Al-Qaeda associate of Osama bin Laden who spoke to numerous future terrorists as he toured their mosques across the country.

The Deobandi sect was founded in British colonial India specifically to oppose western culture. It and its slightly more hardline offshoot, the ‘army of darkness’ Tablighi Jamaat movement, dominate Muslim schools in the UK, control 600 of Britain’s nearly 1,500 mosques and produce 80 per cent of all domestically trained Islamic ‘scholars’.

The mainstream sect, which claims to be ‘moderate’, hosted the hate cleric Masood Azhar (pictured above) during a 30-day visit to the UK in 1993. He spoke as 42 mosques in east London, Birmingham, Dewsbury, Batley, Blackburn and Burnley and elsewhere on a “prepare for jihad” British tour.

Mr. Azhar was an associate of Osama bin Laden at the time and went on to lead a banned terrorist organisation in Pakistan, which is responsible for numerous murderous attacks. 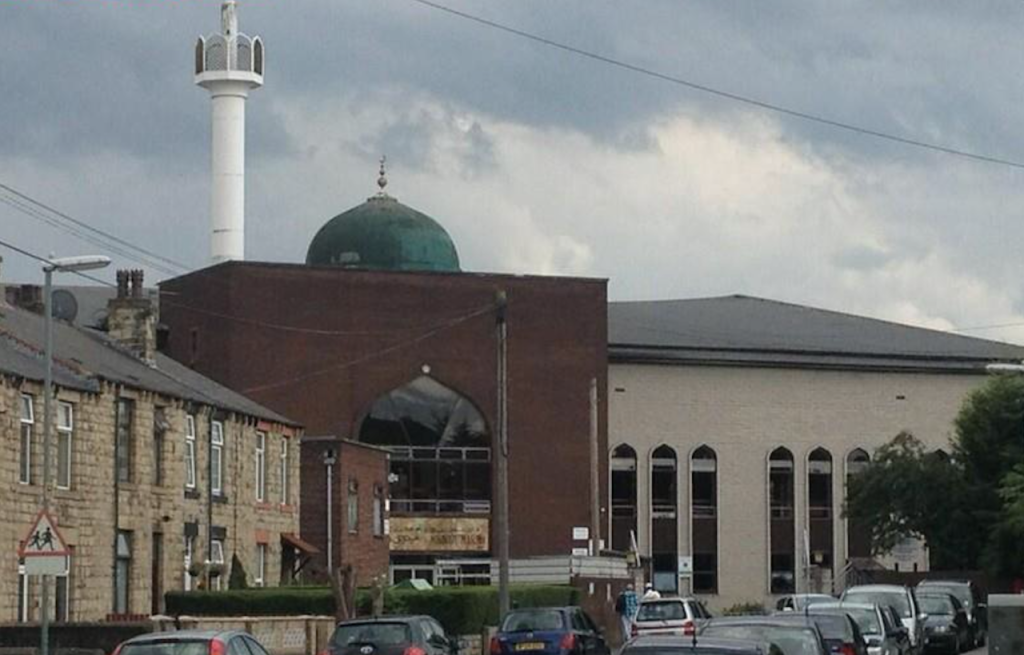 The European headquarters of the Tablighi Jamaat movement in Dewsbury, England – (beautifulmosque.com)

He urged hundreds of British Muslims to seek weapons training at terrorist camps in Pakistan, including men who would go on to plot the July 7 London bombings of 2005, the 2006 plot to blow up seven transatlantic airliners with liquid explosives, and the beheading of U.S. journalist David Pearl.

Shortly after his British trip Mr. Azhar was captured in India, only to be released from prison in 1999 in exchange for 155 passengers of a hijacked plane.

The revelations about the British trip were made in documents uncovered by the BBC and handed to the Times after an Urdu-language magazine in Pakistan published a contemporary account the disturbing tour.

The BBC broadcast the first episode of series called ‘The Deobandis’ on Radio 4 this morning, in which they met plenty of friendly sounding extremists and interviewed BBC journalist Mobeen Azhar (without making it clear he was from the BBC) who last year labeled ex-Muslims ‘Islamophobes’.

The BBC only mentioned the Al-Qaeda links in the closing 30 seconds of this week’s program, when they spoke to a former Al-Queda operative turned MI5 informant who said he found a “warm welcome” at Deobandi mosques in the UK when he “absolutely” presented himself as a terrorist.

“Every mosque I’ve visited that is Dehobandi in its persuasion were extremely supportive of the Taliban” he added. The Taliban, it is worth noting, was conceived at Deobandi seminars in Pakistan. 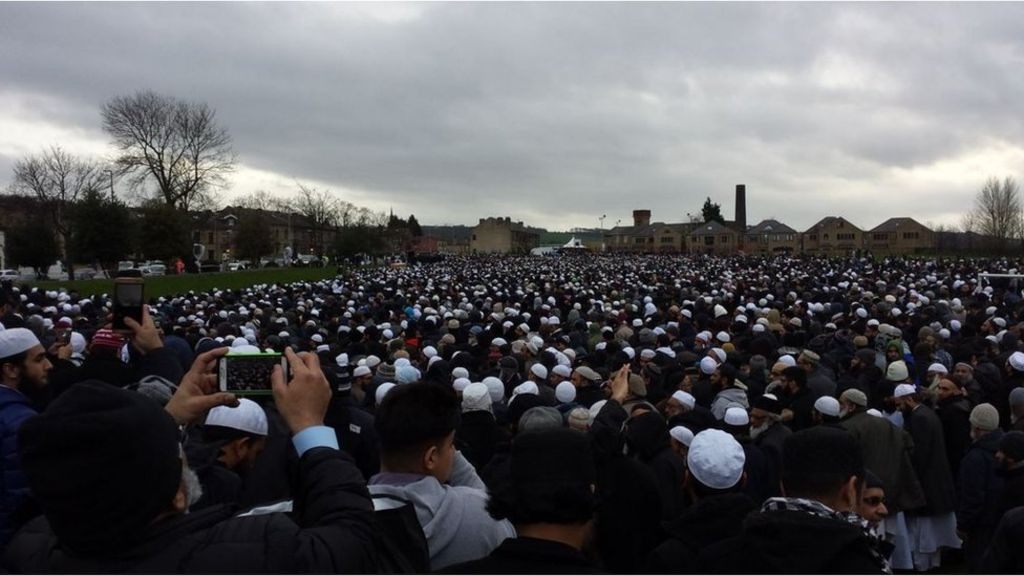 In February this year, up to 30,000 Muslims attended the Dewsbury funeral of Hafiz Mohammed Patel, the founded and leader of the European branch of the Tablighi Jama’at – (Twitter)

During 1993 hate tour, Masood Azhar said the aim of all true Muslims must be the “elimination of the oppressive and infidel system by the blessing of jihad” and promised those who died for the cause would be guaranteed “Houris [Virgins]” who “yearn badly for martyrs”.

At one of the talks at a Deobandi boarding school near Bury in Greater Manchester called “O my dear Prophet, do murders”, children were told that a significant proportion of the Koran was “devoted to murders for the sake of Allah”.

He also spoke at three mosques in Dewsbury and Batley in West Yorkshire, including one sermon, “From jihad to jannat [paradise]”, which was heard by a “huge crowd”.

Senior British Islamic leaders who met Azhar in 1993 included Mohammed Patel, the head of Tablighi Jamaat in Britain, and Yusuf Motala, founder of the Bury school. The men were of the most powerful and influential within the UK’s Muslim community.