Police were scrambled to an area of Bradford Thursday night after an angry mob of local Muslims gathered because copies of Quran had been found in a skip.

A local bookshop, specialising in the “distribution of Islamic goods”, was closing down and had been clearing the last of its stock.

Videos of Islamic texts being disposed of spread rapidly online and further footage of angry crowds outside the store on Thursday evening have been viewed by tens of thousands of people.

The former owners of The Book Centre told The Telegraph & Argus that a “group of individuals” arrived at the store and began “harassing and bullying” the shop’s 80-year-old former owner, who was “not responsible for the filling of the skip”.

Local resident Adil Shaan, who forwarded photographs to the local press, said it was a “shameful act”. “The public went through the skip and took out any religious material,” he added.

“They’re both motherf*ckers haramis. The person who sold [the shop] and the person who bought it, they well and truly know what they have done is wrong kanjars need their heads kicking in,” wrote Sarfraz Aslam on Facebook.

Shahid Janjua, a local Muslim journalist, claimed it was a “deliberate attempt to unrest [the] Muslim community” on Twitter.

The Book centre in Bradford, White Abby Road Bradford BD8 8EJ have closed down, they have thousands of Islamic books and…

The property’s new owners – who are also Muslim – had given just a few weeks for the shop to be vacated, and third party workmen had been called in to clear the stock.

A spokesman for The Book Centre said: “While the Book Centre site is being cleared, no Islamic material of any sort was purposefully disposed of. A small workforce was instructed to clear two storerooms from which some material made its way into the skip.

“This is wrong, unacceptable and a genuine mistake. The skip will be looked at as a matter of urgency and any materials removed.”

The spokesman was insistent that people “not associated with the Book Centre” had been responsible for removing Qurans. “What has happened here is a case of genuine human error, we are really disappointed,” they said.

A spokesman for Baker Reign Solicitors, which represents the new owners, said: “The board of directors of our client are very conscious that the Holy Quran needs to be treated with the utmost respect particularly as they are practicing Muslims.

“Our client, therefore condemns the treatment and mishandling of the Holy Quran in such an obscene manner.” 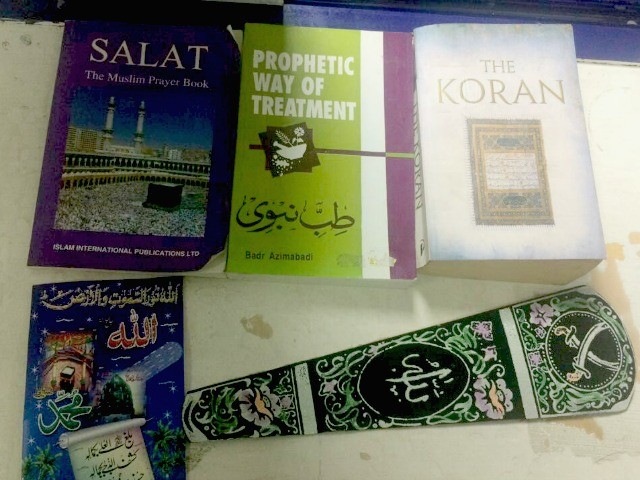