Speaking on ITV’s Good Morning Britain, the Sex Pistols frontman praised how the former UKIP leader led a flotilla of pro-Brexit fishermen in the so-called “Battle of the Thames” – when they faced off with a group of pro-EU millionaires and celebrities.

“After that up-the-River-Thames argument he had with Bob Geldof, I wanted to shake [Nigel Farage’s] hand because it was silly beyond belief.

“Where do I stand on Brexit? Well, here it goes: the working class have spoke, and I’m one of them, and I’m with them,” he said.

The punk icon also said the unconventional outsider President Trump was a type of punk rock politician who was being unfairly attacked by the media establishment.

He dubbed Mr. Trump “a complicated fellow”, adding: “As one journalist once said to me, is he the political Sex Pistol? In a way.

“What I dislike is the left wing media in America are trying to smear the bloke as a racist, and that’s completely not true.

“There are many, many problems with him as a human being but he’s not that, and there just might be a chance something good will come out of this situation because it terrifies politicians. This is a joy to behold for me.” 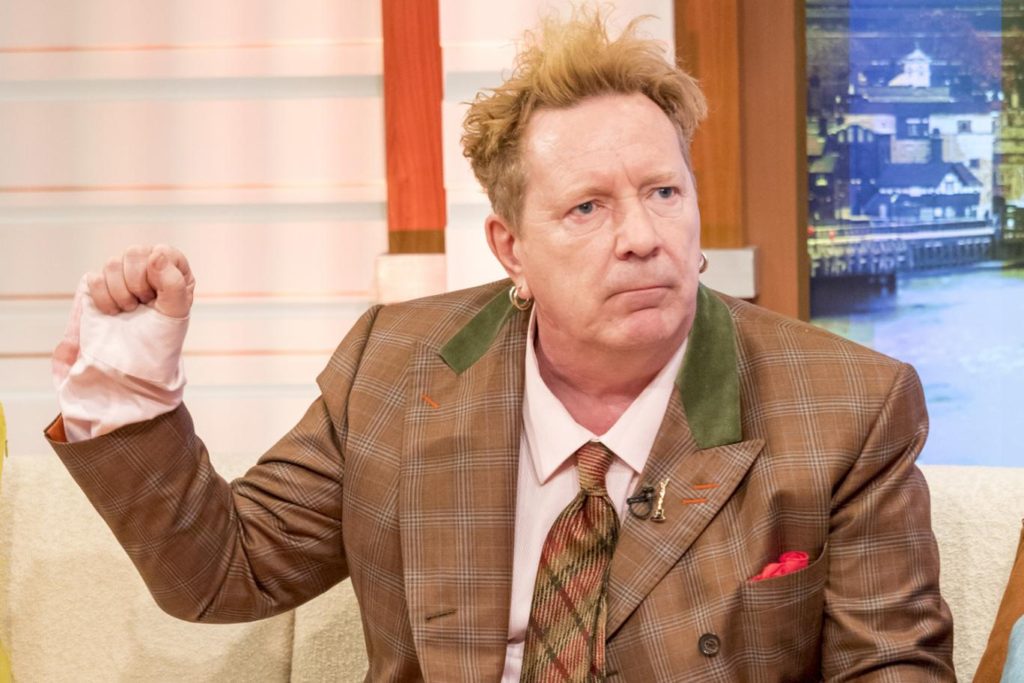 The former Sex Pistols singer is famous for singing the 1977 anti-establishment hit ‘God Save the Queen’, which brands the royal family a “fascist regime”.

However as he has grown older, his views have mellowed somewhat. Lydon recently revealed he is in fact quite fond of Her Majesty Queen Elizabeth II.

Speaking to the music website The Quietus last week, he said: “I will sorely miss her as a human being on planet Earth. It is not her fault she was born into a gilded cage. I don’t know about the ‘reign’ part, but long may she live.”

He also clarified the song was “about a political situation and the demand for obedience to a monarchy I don’t believe in”.

Mr. Lydon also revealed that he appreciates tradition and royal events, and said he “loved the pageantry” of Prince William and Kate Middleton’s wedding in 2011.

“Oh, when the planes flew over the palace? It reminded me of World War Two and all those films, and how grim it was fighting Nazis. For me, it was a reintroduction to history, lest we forget,” he added.

The punk rocker has supported Brexit for some time, and last year said he was glad the “working classes had risen up against the Tories” and were “taking back the country” with the vote to leave the European Union.

In 2013, he also defended former Prime Minister Margret Thatcher, saying he thought those celebrating her death were “loathsome”.