PARIS (AP) — Right-wing presidential candidate Marine Le Pen vowed on Wednesday to end the fear of terrorism in France and stamp out the “poison” of Islamic radicals, holding her final rally in the southern port city of Marseille, where police arrested two men a day earlier on suspicion of plotting an attack around this weekend’s vote.

Independent centrist candidate Emmanuel Macron, who was at the top of a recent poll, reached out to the Muslim community for solutions.

With four days until Sunday’s first round of the presidential election, candidates blanketed the country ahead of the nail-biting election. Tight security was the order of the day for Le Pen and other top candidates.

The populist Le Pen, a leading candidate, called for a “national insurrection, peaceful and democratic … to give France back to its people.”

Police scuffled with ultra-left and anti-Le Pen protesters heading to her rally. 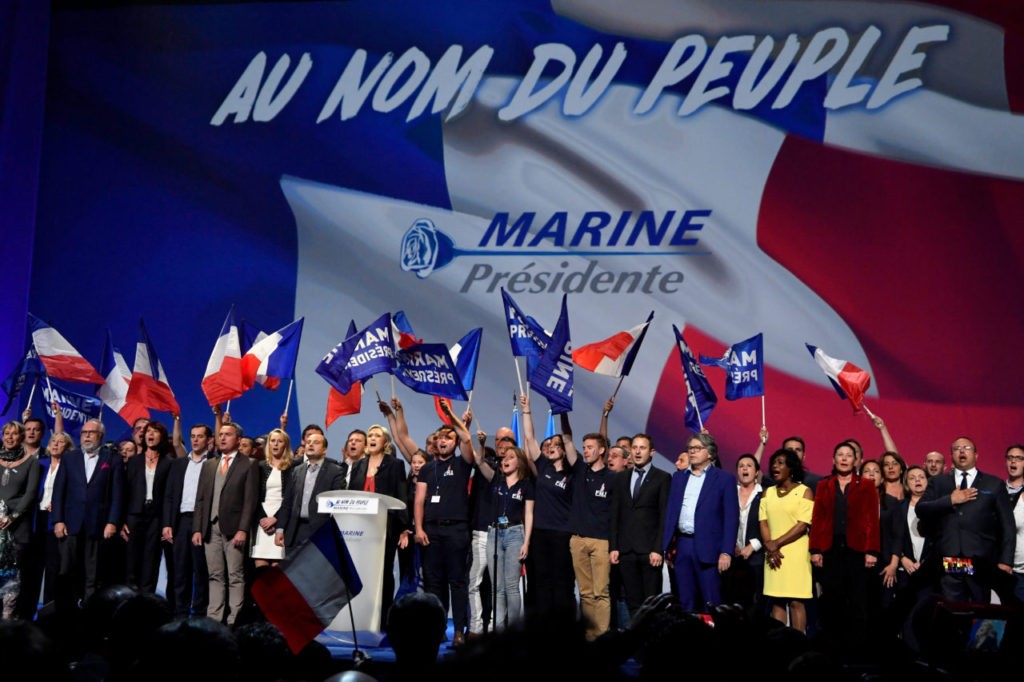 Le Pen has in the past expressed hope that the anti-system momentum would rub off on her. However, she has recently lost the leader’s edge in polls.

Socialist candidate Benoit Hamon promised that if he won France’s presidency he would give asylum to Edward Snowden, the former U.S. National Security Agency contractor who has taken refuge in Moscow since revealing details of secret U.S. government eavesdropping programs in 2013.

Crowds danced on a Paris plaza at what was seen as a last-chance rally for Hamon, polling a distant fifth place ahead of Sunday’s vote, which will send the top two vote-getters to a decisive runoff election May 7. A defeat by Hamon could crush the party of unpopular Socialist President Francois Hollande, who chose not to seek a second term.

Le Pen, the anti-immigration and anti-EU candidate, used her final appearances to highlight a nationalist agenda in which “the essentials” are security, illegal immigration and the French identity, which she says is being lost as Islamists try to usurp French civilization and multiply the threat of terrorism.

Ahead of his final event in the western city of Nantes, Macron met with the country’s RAID intervention force accompanied by Defense Minister Jean-Yves Le Drian. He also met with the head of the main Muslim federation, saying the group is fighting on a “common front” alongside the state against Islamic extremism. 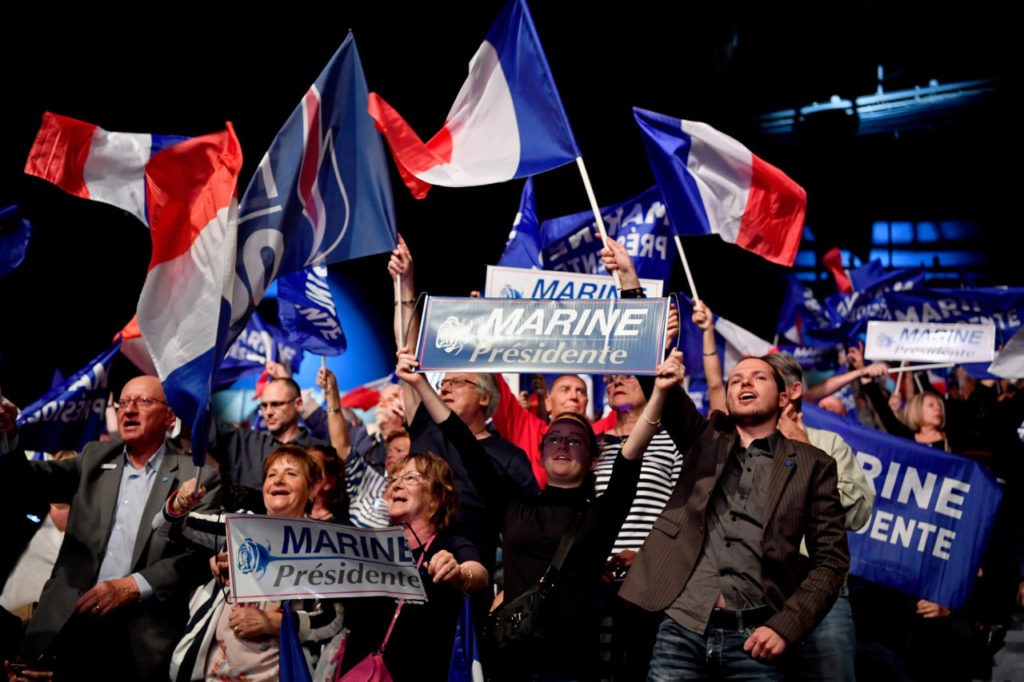 Le Pen dismissed as “folly” government statements that France, which has been subjected to multiple deadly attacks in recent years, must be prepared to live with the threat of terrorism.

“This immense army in the shadows who want us to live in fear …. is not a fatality,” she told the cheering crowd. In Marseille. She reiterated her plan to expel all foreigners in a suspect file and strip dual national suspects of their French nationality.

But, she said, her first job as president would be to pull France out of the borderless Schengen agreement and give the nation back its borders, which she called a “sieve” for the entry of terrorists who she said travel Europe like tourists.

She assailed recent governments for failing to stop attacks and warned on BFM television earlier in the day; “We are all targets – all the French.”

Le Pen and Macron have jostled for the lead in opinion polls, with conservative candidate Francois Fillon third and far-left candidate Jean-Luc Melenchon fourth. However, Le Pen has lost some ground as Fillon and Melenchon closed the gap.

A poll by the BVA firm published Wednesday evening said Macron led with a one-point advantage over Le Pen, with Fillon and Melenchon four points behind. Hamon, the Socialist, trailed in fifth.

After his meeting with Anouar Kbibech, head of the French Muslim federation CFCM, Macron issued a statement insisting on the importance of respecting France’s secular traditions but saying those shouldn’t be used to target Muslims. Some Muslims feel unfairly targeted by French laws banning headscarves in schools and full-face veils in public.

Le Pen has said she would extend the law banning “ostensible” religious signs to the streets of France.

The Grand Mosque of Lyon issued an appeal urging Muslims to cast ballots instead of isolating themselves, “so that all the children of France, regardless of their skin color, their origins or their religion, are fully involved in the future of their country.”

Le Pen, who wants to withdraw France from the European Union and do away with the euro currency, defended her decision to force national news network TF1 to take down the EU flag during an interview Tuesday night.

She said that “I am a candidate in the election for the French republic” and the EU is acting like France’s “enemy.”

France and Germany are the top two economies in the EU and an exit by France would devastate the bloc and upset financial markets.