PARIS, France – At the largest migrant camp in Paris, just outside the Porte de La Chapelle metro station, hundreds of migrants live in tents. Many of them blame Europe for not giving them documentation or free housing.

The Porte de Le Chapelle migrant camp is the largest outdoor makeshift camp in the French capital and is home to several hundred migrants, most of whom come from African countries like Sudan, Eritrea, and Nigeria.

Breitbart London spoke to several of the migrants at the camp, and all of them blamed the French government and Europe for their situation, demanding documentation and access to welfare.

Rolando, 25, said he had only come to Paris two months ago through West Africa and Libya taking a six-day sea voyage to eventually land in Italy. Wearing a Lonsdale tracksuit, the young Nigerian said he had taken a six-month course in international relations and wanted to start a family in France.

He said fighting between migrants was normal, though the police presence that day was increased due to a lorry having overturned next to the camp. Last month, a mass brawl broke out during food distribution at the camp involving 50 migrants which ended with one man being seriously injured.

Rolando said he didn’t like the French people, saying: “They prefer seeing us on the streets suffering. I observe people passing by, whenever they gazed at us they would be smiling! As if they are happy seeing us suffering, you understand?”

He went on to say: “We blame them, for what they did to Africa! Let’s assume that they did not spoil our country, you wouldn’t have seen me here.”

According to Rolando, the terrorist organisations attacking his country like Boko Haram were created by the British spy agency MI6. “Our generation are smarter. A white man can not come and deceive me,” he said.

Many of the migrants said they were hungry, though charities like the group Utopia 56 often deliver food to the camps in Paris and elsewhere in France. When asked about these pro-migrant NGOs one 32-year-old said: “They are bullshit. They deliver water and you know. We don’t need nothing,” and said he wanted documents from the government instead.

Formerly, the main migrant camp was located near the Stalingrad metro station, which saw mass brawls between the hundreds of migrants who lived there late last year. The former camp has since been cleared by police and the area fenced off to prevent migrants from camping there again. 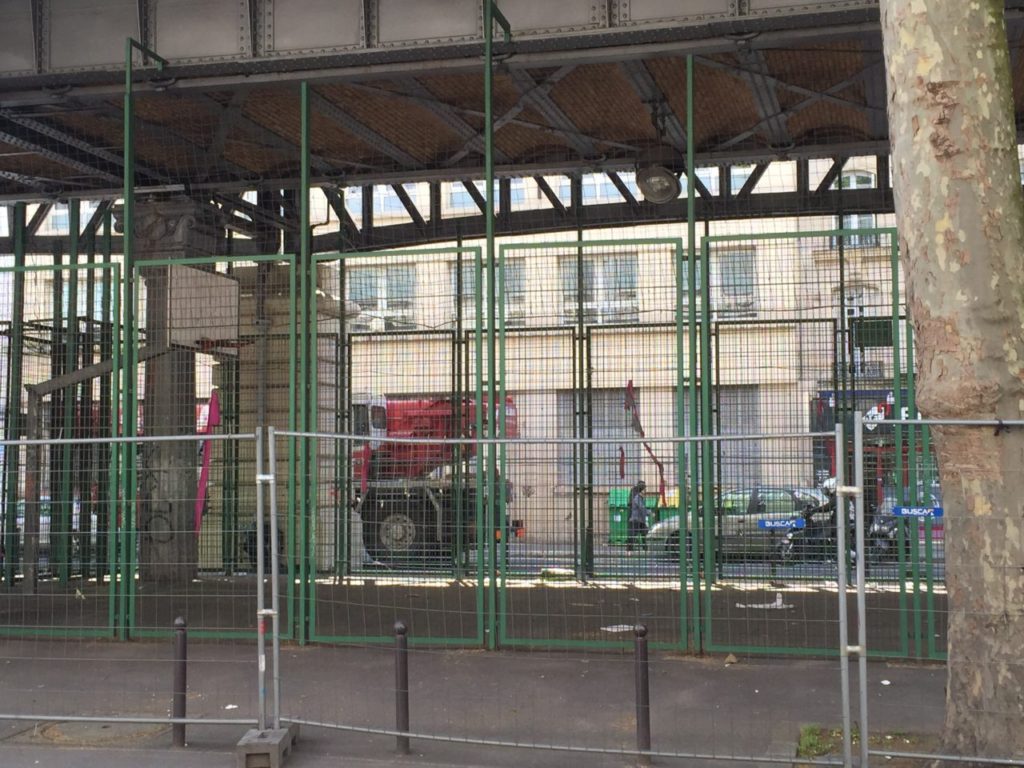 The migrants also said there were more people coming to the camp by the day. Anti-mass migration French presidential candidate Marine Le Pen has promised to close the borders of France to prevent further migration. Ms. Le Pen also said she will get France out of the European Union’s open-borders Schengen zone and has promised a referendum on EU membership itself.

Le Pen has been gaining ground on her pro-EU rival Emmanuel Macron in recent polls going into the second round of the French election on 7 May.