Poland has seen much worse days. I can remember such days, when Pope John Paul I was assassinated, giving way to John Paul II, the first non-Italian to represent Christ on this earth for centuries. I can remember the days before President Ronald Reagan ignored the objections of his speechwriters and demanded that Mr. Gorbachev “tear down that wall.” Poland survived and thrived because of the freedom loving and God fearing Polish people.

There were darker days for Poland, when the Sjem legislature was filled to the brim with communist sycophants, cynically bringing an agenda of oppression to their own people and for their own personal power and wealth. Today it seems like “Morning in Poland,” where the last elections returned, not a single socialist to the legislative assembly. We should congratulate Poland on being the soundest country in Europe, if not the world. It lives between Russia and Germany and has attained a high material standard of living in post-communism and it does so because of its spiritual heritage.

Still Poland finds itself at a crossroads– a changing world with a penchant for relativistic morality encroaches upon the country. And yet, the country has always known the difference between good and evil, between right and wrong, between moral stances and wavering negotiation. 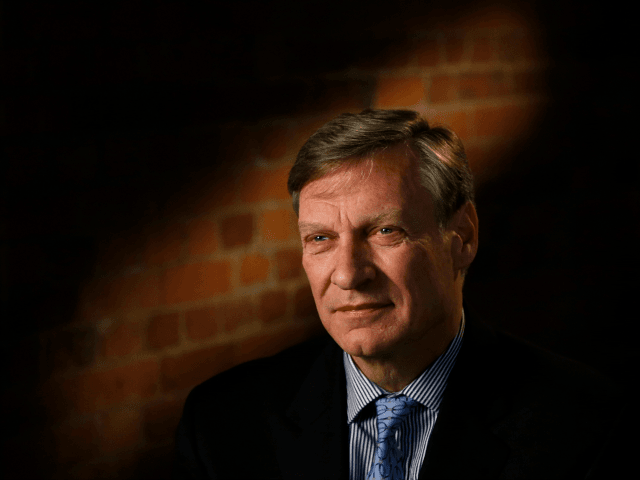 There is a tendency towards rewriting history on the European continent, which must be addressed. What has evolved into the EU has taken to claiming credit for the postwar peace. A peace, which was and is cornerstoned by NATO, the American bases peppered throughout Germany, and the nuclear weapons we parked in Turkey and Holland.

The Pax Americana didn’t come from the European Coal and Steel Community; it was not birthed or paid for by Brussels. Those institutions were part of the peace taking — not their cause. It was the American burden and our contribution in blood and might that secured European freedom.

Of course, Poland, being victimized under communism so shortly after Nazism might rightly ask what peace we speak of? Decades of oppression gave rise to the heroes of the anti-communist Solidarity Movement and Saint John Paul II the Great, who smiles down on us. They who saw the better life their people could have and had the courage to take it—to transform history. Shall the European Union take credit for their courage too?

Enough about the past. The future is what we care and think most about. Poland has flourished, having freed its people and freed its economy. Under the capitalist, free-market system that won the Cold War, the Poles are today more prosperous than ever before. Poland has become an integral security partner and a dear friend of the United States, one of the few, which spends a serious amount on its own defence and is concerned with the nationhood and culture of its people. It remains rooted in Catholic faith.

Poland is a truly reliable actor in what could be called an unstable neighborhood. Poland has also become an emerging leader within the EU itself, flanked by its allies in the Visegrad and the Intermarium nations. Poland may even go to space.

America should be encouraged by these developments, but most of all, it should be proud that Poland has stepped up to the challenge of leadership, and that pride is shared by the millions of Polish-Americans back home in the USA. Those proud and good people of some ten million are distinguished Americans and a bulwark to our Republic.

Kazimierz Pulaski, having led the losing side of a civil war, escaped a death sentence by leaving for America. There, he served as brigadier-general in the Continental Army and commanded its cavalry. He saved General George Washington‘s army at the Battle of Brandywine and died leading a cavalry charge at the Siege of Savannah, aged 31. Pulaski later became known as the “father of American cavalry. Poles in America and in the US share a common bond, a common faith and a commitment to liberty. They are patriots.

The challenges ahead for Poland and the United States are many, but we should be confident that Poland will continue to be ahead of the curve, seeing from afar which forks in the road are best to take and which to avoid. For better or worse, other European nations remain mired in the battles of the past, some as old as their nations or tribes themselves. 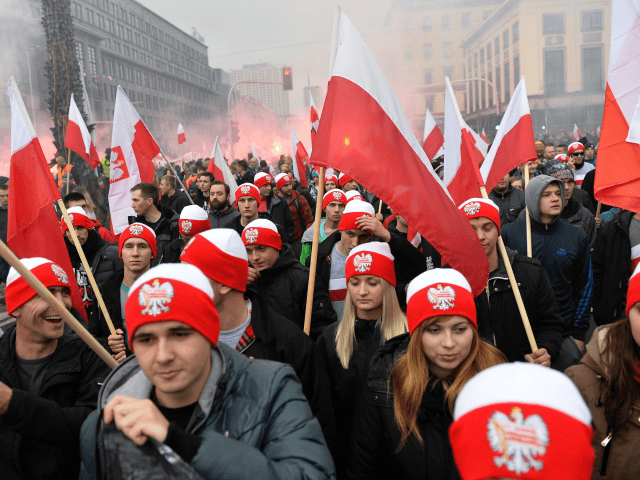 The great question of the day in Europe is whether or not to form a federal entity, suborning the nation-state to a larger and undemocratic union. There may be many reasons, on paper, for the idea to be appealing. Unfortunately, some ideas are better left on the paper.

Some of the greatest nations on the planet make up that territory. The identities that make up those places have been forged through the fire and the flames of thousands of years of history and civilization. To try and subsume them into one larger and homogenous European identity is pure fantasy. To force them through a homogenizing meat grinder is a serious crime.

Even America, with a history much shorter than almost any European country, made up entirely of the outcasts and pioneers who opted into the American idea, had trouble forming a cohesive whole. When brother turned against brother in the Civil War in 1865, General Lee, who would command the rebel forces of the southern secessionists, gave a justification for his defection from the unionist cause saying: “I cannot draw my sword against my fellow Virginians”. His state loyalty superseded his loyalty to the Union, and as Virginia proclaimed secession from the union, so did he. Now ask yourselves, could any Pole draw a sword against fellow Poles, in the name of Brussels?

Europe can never have a union as tightly knit as America’s. Different circumstances demand different means and different ends. Herding together 27 (or less cultures now that the United Kingdom is leaving), nation states, histories, every one of which is thousands of years old is an impossible affair, no matter how ideal it may be in theory. There is a reason no one speaks Esparanza today, an earlier bad European idea. We children of the West have much in common and always will: Christianity, Roman law, the Latin language and respect for the freedom of the individual to act as their conscience directs. That is all we need to agree on, everything else naturally follows.

We should remember that sovereignty and globalism refer to different reference points for understanding the primary locus of political activity. Sovereignty points to the nation-state as the primary player in geopolitical action, while the globalist vision prefers to place this primary locus at the supranational level, either in groups such as the European Union or the United Nations, or to more nebulous realities such as the so-called “global community” or “international society.”

These two perspectives are necessarily competing worldviews; because one must necessarily take primacy over the other when they directly clash—and they do.

This debate harkens to an important principle of social philosophy that permits a more nuanced approach. This principle has been in the background of recent discussions, even though its name has not been specifically invoked. This is the notion of subsidiarity, a concept with which people in Poland are very familiar.

Poles understand their own initiative and industry and give it to the community, so it is an injustice and at the same time a grave evil and disturbance of right order to assign it to a greater and higher association what lesser and subordinate organizations can do. As papal legacy teaches, “For every social activity ought of its very nature to furnish help to the members of the body social, and never destroy and absorb them.”

By its own charter, the European Union recognizes a relationship of subsidiarity with the individual states. In theory at least, it imposes upon itself the obligation to limit its intervention into lower forms of social organization, and to perform only such tasks that the lesser group cannot accomplish for itself without assistance.

The principle of subsidiarity is defined in Article 5 of the Treaty on European Union:

“Under the principle of subsidiarity, in areas which do not fall within its exclusive competence, the Union shall act only if and in so far as the objectives of the proposed action cannot be sufficiently achieved by the Member States, either at central level or at regional and local level, but can rather, by reason of the scale or effects of the proposed action, be better achieved at Union level. “

According to the EU glossary, subsidiarity aims to ensure that decisions are taken as closely as possible to the citizen and that constant checks are made to verify that action at the EU level is justified in light of the possibilities available at national, regional or local level.

Adherence to the principle of subsidiarity results in a genuinely pluralistic society, which is a union of lesser societies, each of which maintains its own identity, function, and sovereignty. If the lesser associations are reduced to mere agencies of the higher, the result is the monolithic state, which expresses the essence of social totalitarianism, the reduction of all societies to one omnicompetent society.

In Europe, this genuine pluralism is manifested in the distinctive individuality of the States it comprises, resulting in an authentic collection of cultures. Italian culture cannot be reduced to a generic “European” culture, and nor can French, German or Polish culture. Attempts to so homogenize European norms and regulations so that all member states look and act exactly alike do violence to the rich history and individuality of each people and culture—and deprive Europe and the world of the creativity that lies within these dynamic traditions.

It seems evident that the recent growth of populist movements throughout Europe is a direct result of an instinctive understanding that the fundamental principle of subsidiarity is no longer duly respected or appreciated. A top-down approach to governance, where the smaller is subsumed into or supplanted by the greater, is in fact oppressive and ultimately unsustainable. Poland knows this and support for a ‘Polexit’ from European Union oppression is on the rise.

The new US president vowed to make America great again. Poland finds itself ahead of that curve, too: The post-1989 generation has already made Poland great again. It does so by being Polish. It is time for countries in Europe to rise to their natural role as proud leaders and remain as sovereign entities.

Theodore Roosevelt Malloch, is a scholar, diplomat, strategist who is tipped to become the US ambassador to the EU.