Czech Republic President Milos Zeman has defended the policy of banning the Islamic swimwear known as a the Burkini saying that it is both unhygienic and does not belong in his country.

The Czech president, who has a history of speaking his mind on issues of Islamisation and mass migration and gave his opinion on the controversial Islamic swimwear over the weekend. President Zeman said that he saw no reason for anyone in the Czech Republic to wear the Burkini or tolerate its use Kronen Zeitung reports.

“In Czech swimming pools there is no reason for anyone bathing in Arab clothes,” Zeman said. He added that he could see a reason for some women to cover up depending on their body type, however.

He also argued that that the Burkini was likely to be unhygienic saying, “From the point of view of basic hygiene, you never know what kind of mess these fabrics might contain.” 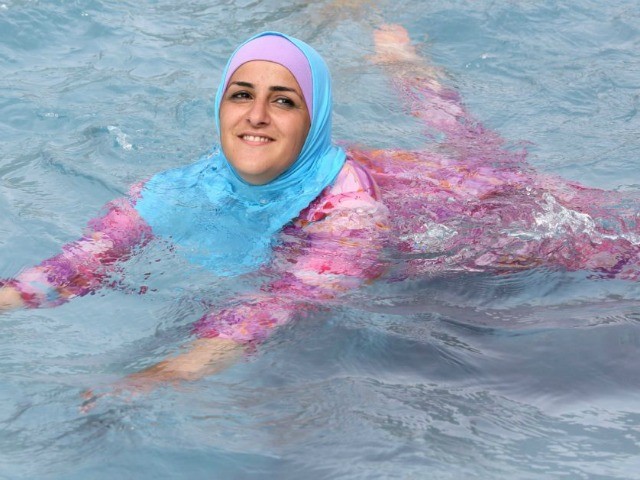 Zeman also noted that he was “not an expert on swimming suits,” but felt they did not belong in his country.

“I do not think there is a reason why someone in a Czech swimming pool would have been bathing in Arabic clothes. By the way, if the Czechs arrived in an Arabian pool, they would be very bad to be in their bikinis,” he said.

In Germany and Austria, many swimming pools have made the same argument saying that the Burkini should be banned. The Lower Austrian township of Hainfeld banned the Burkini last year on sanitation grounds after a request from anti-mass migration Freedom Party (FPÖ) councilor Peter Terzer requested the ban.

Mr Hofer expressed a desire to see Austria join the Visegrad Group (V4) of which the Czech Republic is a member along with Poland, Hungary, and Slovakia. The group has become well known for their outspoken stance against mass migration and Islamisation.

While the Czech Republic has not banned the Burkini on a national level several pools, like in Austria and Germany, have banned it. The issue came to the forefront of Czech society recently after photographs of tourists wearing Burkinis at a pool in Prague circulated online.