Three robbers have been found guilty of murder and manslaughter after they tortured and “beat to death” a father before one entered his jewellery shop disguised in an Islamic burqa.

Charles Mcauley, 20, and Thomas Jervis, 24, had denied killing Ramniklal Jogiya, 74, but were convicted of murder at Birmingham Crown Court on the grounds of joint enterprise, police said on Wednesday night.

Callan Reeve, 20, was convicted of the manslaughter of Mr Jogaiya, who was described as gentle and hardworking and leaves behind three children and a wife. A fourth man was acquitted.

During the trial, Jervis was referred to as “burqa man” by the prosecution, who argued he was the ringleader caught on CCTV entering the jewellery shop covered in the Islamic garment. 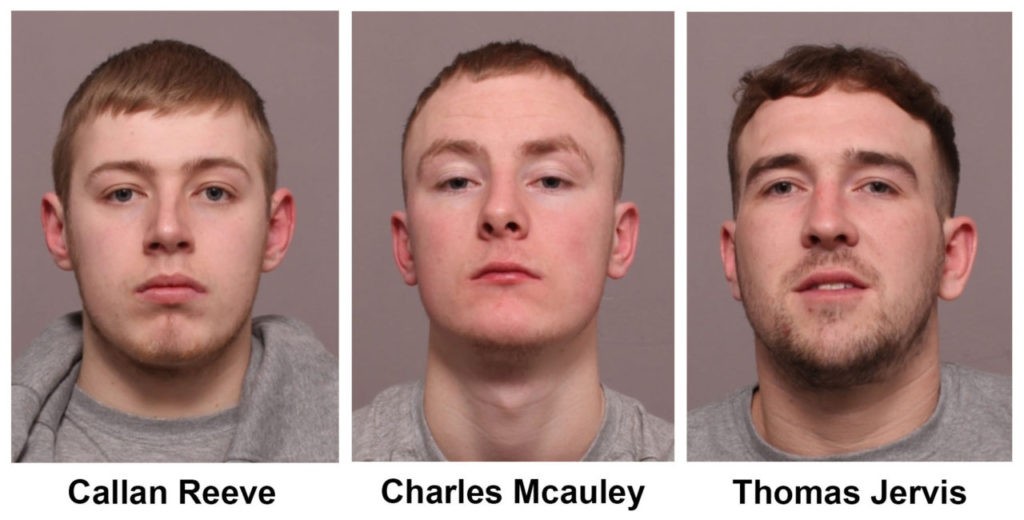 Mr Jogiya was abducted and bundled into a white van after locking up his shop in Leicester in January and his body was found dumped on a country lane the next morning.

He was effectively “beaten to death”, police said, with 27 separate injuries on his body when he was found, including devastating head wounds, his biceps torn away from the bone, and six broken ribs.

The prosecution said he had been tortured because the gang needed information to rob his shop, including the code to his safe.

However, when Jervis was sent back there wearing the burqa, he managed to deactivate the alarms but failed to get into safe because it was set to a 12-hour delay.

Mcauley, Jervis, and Reeve all admitted kidnap and robbery before the trial. They will be sentenced on the 10th of September. 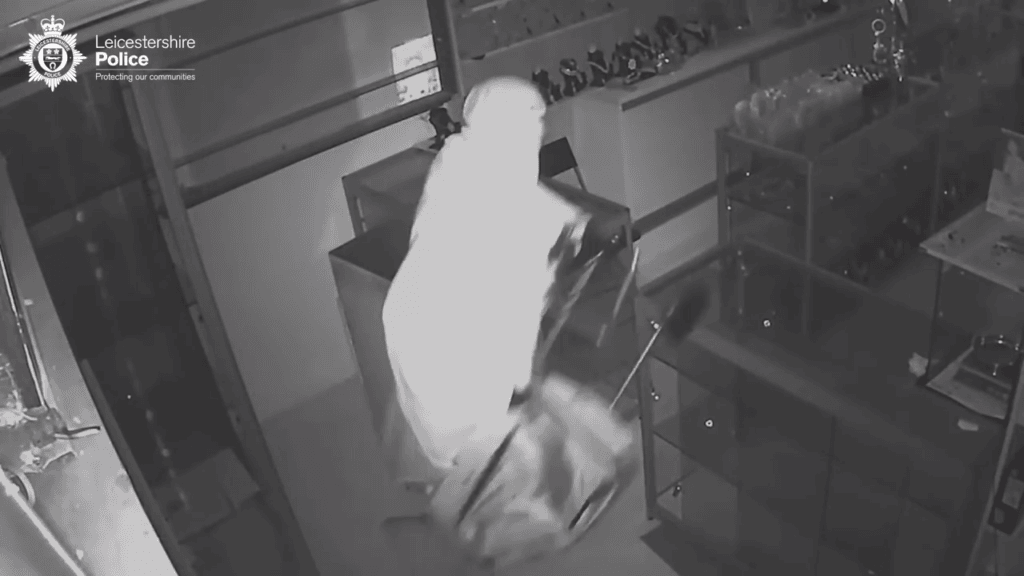 A CCTV still capturing the robber entering the jeweller with a shopping cart and dressed in a burqa. (Credit: Leicester Police)

During the trial, prosecutor James House argued that the burqa was part of an elaborate plan to steal gold. According to the Leicester Mercury, he told the court:

“This was several weeks or months in the planning. They sourced the materials and information they needed… The group knew where and when to strike. Stolen vehicles have been obtained.

“The material they needed for the robbery of the shop were sourced – A wheeled shopping trolley that was needed to carry the gold away.

“Also, a burqa to disguise the person who actually entered the jewellery shop. They also had cable ties to restrain him if needed.”

DCI Swift-Rollinson of Leicester Police commented: “These men had planned to kidnap and rob Mr Jogiya, but it went tragically wrong. They launched a sustained and ferocious attack on Mr Jogiya, which ultimately killed him.

He added: “At some point they decided to dump Mr Jogiya in the middle of the open countryside, knowing he was a long way from help.

“Although he was still alive at this point, the injuries he had suffered were so severe that he could not be saved.

“Mr Jogiya was a kind, gentle and devoted family man. I cannot begin to imagine the horror he must have felt as the events of that ghastly night unfolded.

“Jervis, Mcauley, and Reeve were responsible for the savage beating of a defenceless, elderly man and they left him to die. It almost defies words what they did to him.”