BERLIN (AP) — A Moroccan man convicted of helping Mohamed Atta and the other Hamburg-based Sept. 11 suicide pilots as they plotted their attacks on New York and Washington was deported Monday from Germany to his native country.

Mounir el Motassadeq, who was convicted of membership in a terrorist organization and accessory to the murder of the 246 passengers and crew on the four jetliners used in the 2001 attacks, was flown by helicopter from a Hamburg prison on Monday morning.

Blindfolded and with his hands and ankles shackled, the 44-year-old was then led by two police officers to another helicopter while other heavily armed police in balaclavas patrolled the area and watched from rooftops.

Authorities wouldn’t comment on the operation for security reasons.

“Mr. Motassadeq will leave the country soon,” Hamburg Interior Ministry spokesman Frank Reschreiter told The Associated Press. “All the necessary procedural steps for this have been ticked off according to plan.”

El Motassadeq was released shortly before completing his 15-year-sentence on the condition that he agree to be deported to Morocco. That would allow Germany to re-arrest him if he ever returned to the country.

It wasn’t immediately clear what awaited him in Morocco. 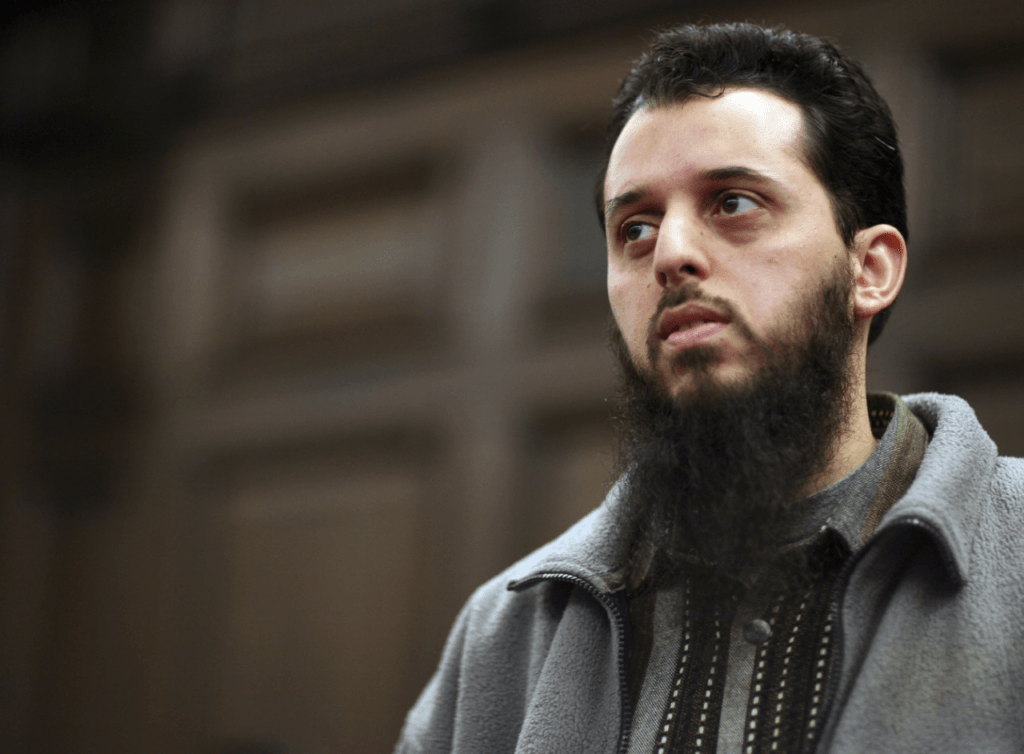 FILE – In this Jan. 8, 2007 file picture Moroccan Mounir El Motassadeq waits prior his trial at a court in Hamburg, northern Germany, The Moroccan man has been sentenced to a 15-year prison sentence in Germany for helping three of the suicide pilots in the 9/11 attacks on the U.S. (AP Photo/Fabian Bimmer, Pool)

El Motassadeq was convicted of being part of the so-called Hamburg cell, including Atta and fellow Sept. 11 pilots Marwan al-Shehhi and Ziad Jarrah.

German courts ruled that el Motassadeq was aware the three planned to hijack and crash planes, even though he might not have known specifics of the plot. They said el Motassadeq helped “watch the attackers’ backs and conceal them” by helping them keep up the appearance of being regular university students paying tuition and rent and transferring money.

El Motassadeq acknowledged training at an al-Qaida camp in Afghanistan, but insisted he knew nothing of his friends’ plans to attack the U.S.

Originally arrested in Hamburg in November 2001, el Motassadeq was convicted in 2003 of membership in a terrorist organization and thousands of counts of accessory to murder — taking into account victims on the ground — becoming the first person convicted anywhere on charges related to Sept. 11. He was sentenced to the maximum 15 years in prison. 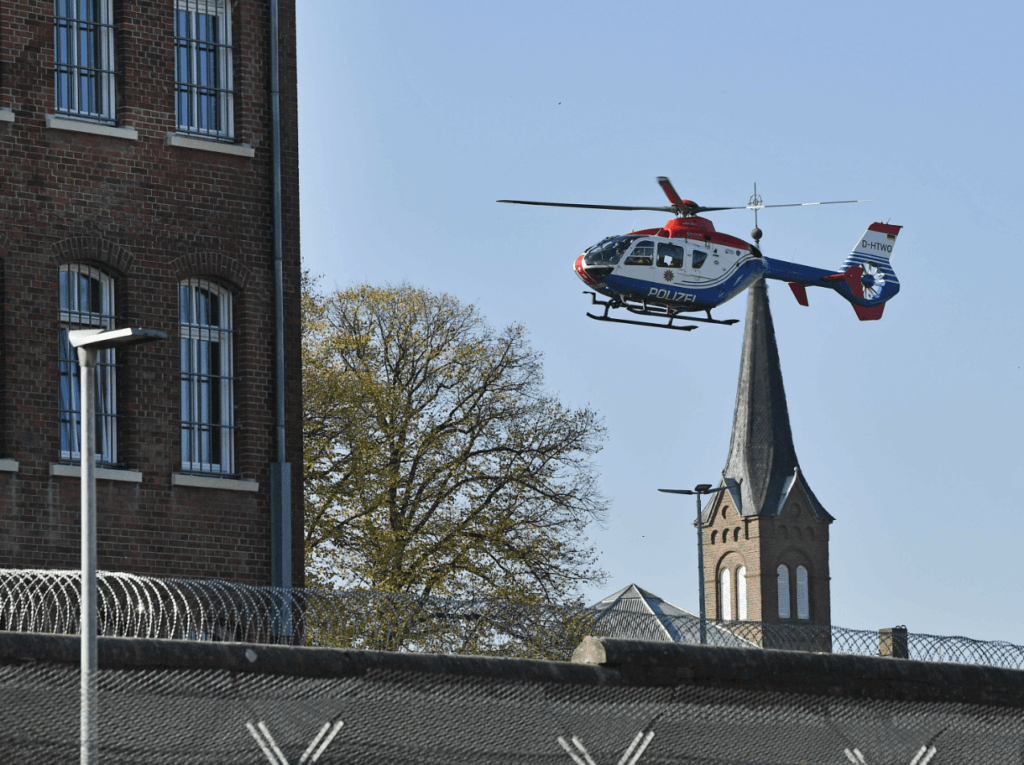 A helicopter deports takes off from the prison in Hamburg, Germany, Monday, Oct. 15, 2018.  (AP Photo/Martin Meissner)

However, a federal court overturned that verdict in 2004, largely because of a lack of evidence from al-Qaida suspects in U.S. custody, and sent the case back to Hamburg.

After a 2005 retrial, el Motassadeq was again convicted of membership in a terrorist organization that included Atta, al-Shehhi and Jarrah. But he was acquitted of being an accessory to murder after the court ruled it didn’t have enough evidence that he knew of the hijackers’ plot.

El Motassadeq was sentenced to seven years in prison at the time, but was freed in early 2006 until his appeal could be heard.

Later that year, the federal court reversed the Hamburg court’s acquittal of el Motassadeq on the accessory to murder charges, ruling that the evidence knew the plotters planned to hijack and crash planes. It limited the number of counts, however, to the 246 people killed aboard the airplanes and the 15-year sentence was restored.