The Hungarian State Opera asked its white singers to sign a letter declaring they identify as black in reaction to casting requirements of Gershwin’s African-American 1935 folk opera Porgy and Bess.

The letter, reportedly signed by half of the cast, was claimed to have been sent by the general director of the Hungarian State Opera Szilveszter Okovacs.

Signatories signed the document which allegedly declared “African-American origin and consciousness are an integral part of my identity,” according to Hungarian news website Index which had sight of the letter.

Sargent Aborn, of Tams-Witmark, the agency that represents the Gershwin Estate, told The New York Times on Tuesday that the Hungarian State Opera had previously confirmed “in writing that they understood the need to cast black singers to present the work dramatically, [and] a licence was issued for the 2018 production” but that this licence has now expired.

“It subsequently came to our attention that the production was in clear breach,” Mr Aborn said, adding that the Gershwin Estate and Tams-Witmark would be considering whether to take legal action.

Speaking to Euronews, Mr Okovacs confirmed there are no black operatic singers in the Hungarian State Opera and branded the casting specifications as “racist,” saying he was opposed to the concept of allowing “the presence of people in a production to be determined by skin colour or ethnicity.”

“It’s just not possible to do this [an all-black cast], you cannot decide who performs in a show based on the colour of the skin or their origin,” he said. 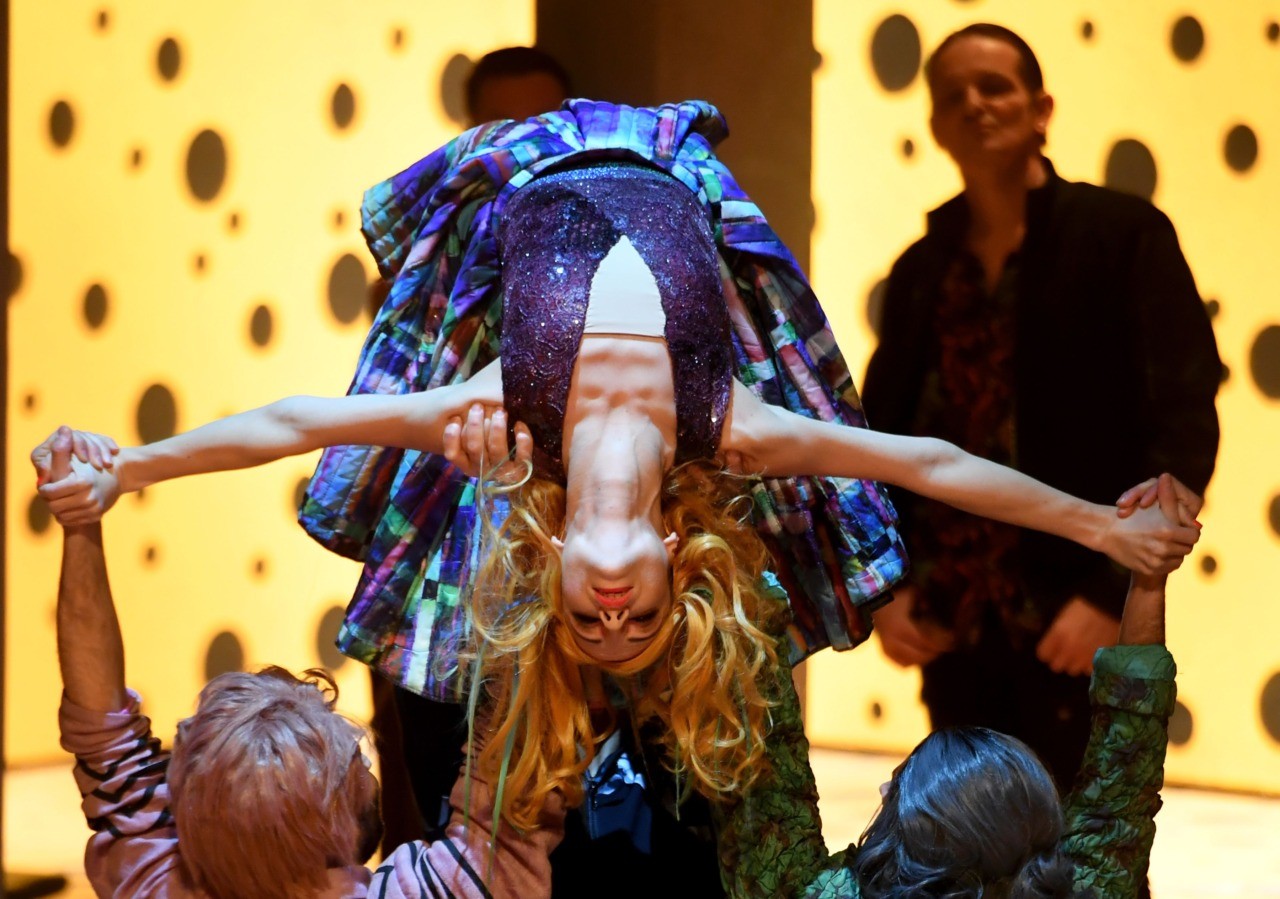 Dancer of the Hungarian National Ballet perform on stage at the Erkel Theater during a rehearsal for an adaptation of George Gershwin’s opera, the ‘Porgy abd Bess’ in Budapest, Hungary on January 25, 2018. (Photo credit: ATTILA KISBENEDEK/AFP/Getty Images)

He told the news outlet that cast were under no obligation to sign the declaration, and alluding to the fact that the document was not written with serious intent said of the agent’s stipulation: “If we have to play on absurd grounds… we can’t do anything but join the field in absurd outfits.”

The opera house was accused of racism when it performed the musical in 2018 with an all-white cast, but Mr Okovacs defended the decision at the time saying the casting stipulation made no sense as Hungary is “a country where virtually no black people live.”

The founder of Grange Park Opera, in Surrey, England, expressed difficulty in casting for her own licensed performance of Porgy and Bess in the more ethnically-diverse UK.

Wasfi Kani told London’s Times in January that she could not operate a “colour blind” casting for the major roles as it was necessary for the performance to “faithfully preserve and express the story, plot, characters, characterisations, situations, climaxes of the work as written.”

“It does not say the singers have to be black but in effect you can not have white people playing the main roles or the chorus,” Ms Kani said.

“It is the only work in the canon where you have to sign up for this. We are fishing in a very small pool because there are not that many black opera singers,” she added.