French high school students attending anti-racism sessions this week have been warned that it would be “bizarre” to feel greater emotion over the Notre-Dame cathedral fire than about the plight of migrants in the Mediterranean.

Retired professional footballer and the most capped player in the French national football team’s history, Lilian Thuram, denounced what he described as a “hierarchy” of emotion in which the destruction of the cathedral’s spire appeared to arouse more public grief than the drowning of illegal African immigrants.

Speaking at a press conference on the Mediterranean island of Corsica, where he had held ‘prejudice-fighting’ sessions with students at high schools across the French territory, Thuram commented humans are “emotional creatures” and that, “as a Parisian” it is “normal that we are affected” by events like the Notre-Dame fire.

In pictures: Notre Dame fire — what is being lost? https://t.co/c985yvqcox pic.twitter.com/78VEGdON4d

“But there is an impression, sometimes, of there being hierarchies in place regarding these emotions,” the 47-year-old said, lamenting that “the world is not moved in the same way” at the sight of “people who die trying to cross the Mediterranean” as it appeared to by fire ravaging a more than 800-year-old church considered one of the finest examples of Gothic architecture and the most important icon of Christian France.

The UNICEF ambassador then went on to blast Donald Trump, linking — somewhat oddly — tweets from the U.S. President expressing horror at the blaze in Paris with the desire to get illegal immigration at the country’s Mexican border under control.

“That there are individuals who want to build walls to stop people from entering, but who are happy to send tweets to ask, ‘Do you need help to put out the fire?’, as Donald Trump did? It is bizarre”, remarked Thuriam, who has been an active “anti-racism campaigner and author” since retiring from football, with his eponymous Foundation working to educate, “deconstruct” and end “inequalities generated by systems of oppression” over past centuries.

Shock, Prayers Around the World for Notre Dame Cathedral https://t.co/W8lXPV075T

At sessions in schools across Corsica this week, the Guadeloupe-born activist asked pupils to relay “racist jokes” so that the class could then “analyse them together”, according to a report by the AFP.

“I was surprised that most of the so-called jokes being told were about people who they describe as ‘Arabs’, and I think there is a lot of contempt there,” he said.

“I do not know about Corsican history, but it is something that must be looked into in order to understand the problem,” stated Thuriam, adding that, in general, “people are not aware of the historical depth of racism”. 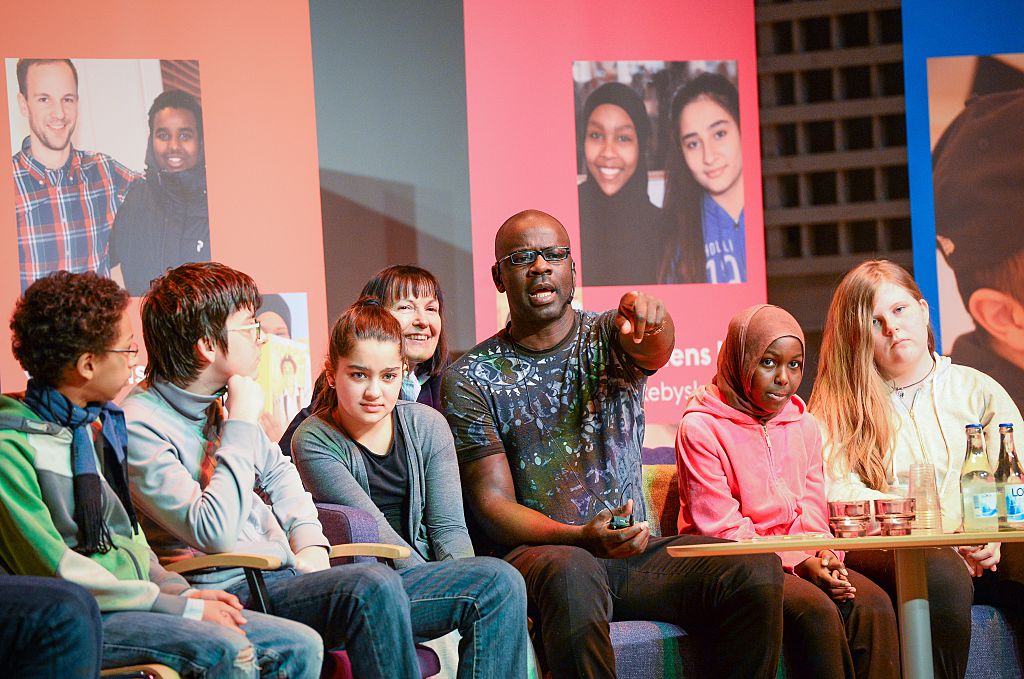 Former French football player Lilian Thuram speaks and answers question during a session with pupils at the Rinkeby school on March 10, 2015 in Rinkeby near Stockholm. Llilian Thuram, winner of FIFA World Cup in 1998, and president of the Lilian Thuram Foundation aiming at education against racism, is in Stockholm for a few-days-visit. AFP PHOTO/JONATHAN NACKSTRAND