The Brexit Party is gaining ground in national election voting intentions, coming third behind Labour and the Tories and ahead of establishment Remainer party the Liberal Democrats.

The rising support comes as the party’s leader Nigel Farage announced that the Brexit Party, which polled first in a breakout result for European Parliament election voting intentions last week, would be running in May 2022’s General Election. 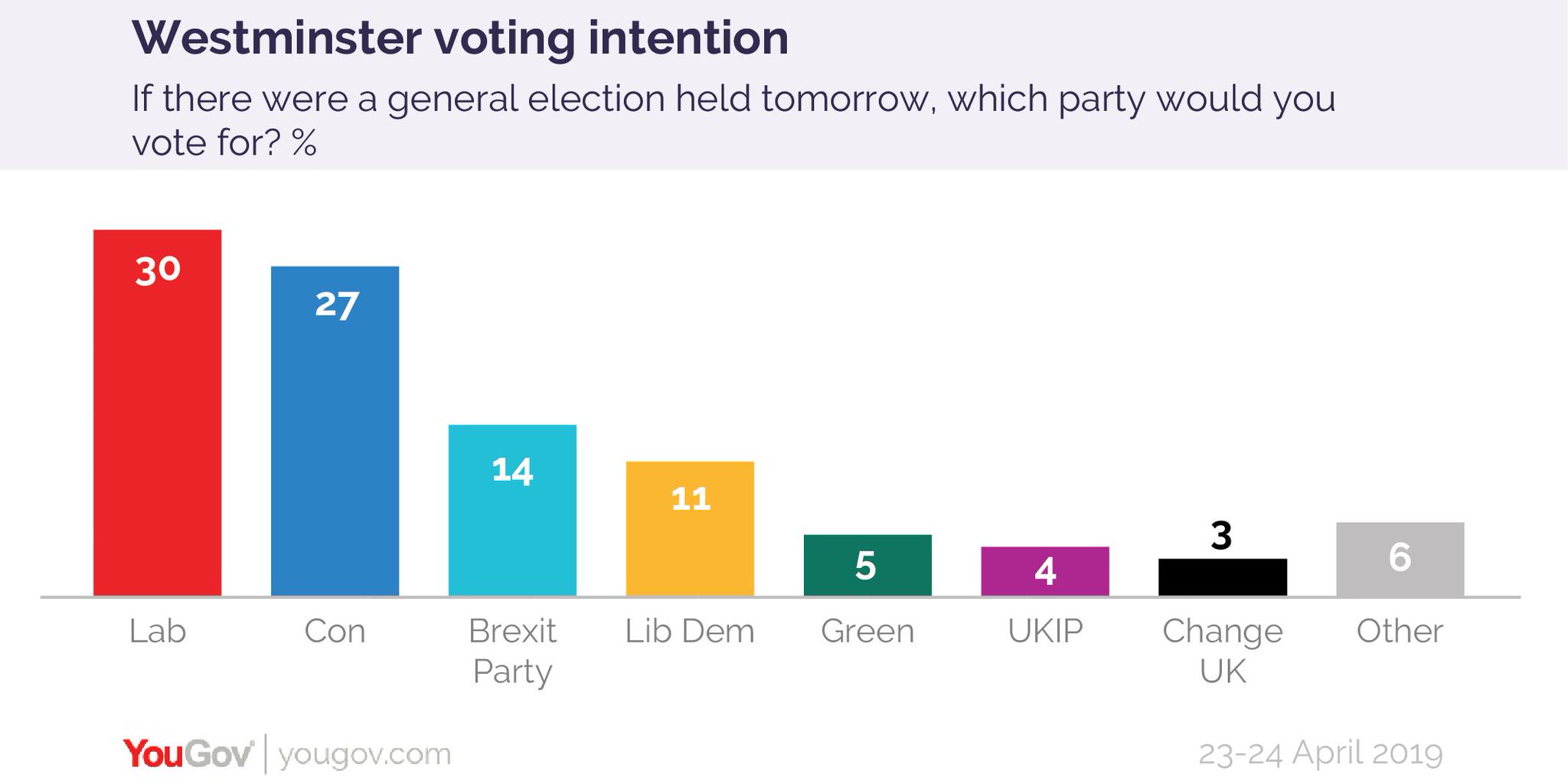 “We want the European election to be the first step of a massive change that resteps entirely British politics and actually makes it look more like the country,” Mr Farage said Thursday.

“MPs will realise that if they carry on trying to stop Brexit, they’ll lose their seats at the next General Election… If you show people you’re capable of winning in one set of elections, people will start to believe that it’s possible in a General Election too,” he added.

The poll also revealed that the Liberal Democrats, the progressive, openly pro-Remain party, is trailing behind the new Brexit Party by three points in Westminster voting intentions, with the other pro-Remain Change UK (CUK), which was launched on Tuesday, languishing on three per cent.

During the event, Mr Cable said he “regrets” that Change UK and other Remain-supporting parties will not forge an alliance with the Liberal Democrats “to stop Brexit.”

A YouGov poll of European Parliament voting intentions, conducted between the 15th and 16th of April, found that the Brexit Party was in the lead with 27 per cent, while the Liberal Democrats were on nine per cent and the CUK party on just six per cent.