PARIS (AP) — Dozens of protesters blocked the entrance to the Louvre museum and forced the famous Paris landmark to close Friday while they denounced the French government’s plans to overhaul the pension system.

Protesters later chased down President Emmanuel Macron at an evening theater performance in northern Paris. Video showed protesters chanting and some entering a door as surprised police tried to hold them back. A black car reported carrying Macron then sped away under a hail of boos.

An edgy tension marked the day as small but determined groups of protesters moved into action to make their complaints against pension changes heard. It was the 44th day of strikes aimed at overturning the plan

The protesters at the Louvre, who included some museum employees, staged the demonstration against President Emmanuel Macron’s proposals after several hard-left trade unions appealed for public actions to oppose that they said would “lower everyone’s pensions.”

The museum’s Leonardo da Vinci exhibit marking the 500th anniversary of the Italian master’s death was included in the closure. Some protesters chanted, “Mona Lisa in on strike, Leonardo is on strike.”

It is the first time since railway strikes and protests against the pension overhaul began on Dec. 5 that the Louvre and its Leonardo exhibit were fully shut down. About 30,000 people visit the museum every day.

Some videos on social media showed angry visitors booing at museum protesters to express their disappointment.

Some of those shut out of the Louvre were upset, while a few interviewed expressed solidarity with the strikers.

“I think it’s fine if they want to protest but they shouldn’t block the plans of the people who have flown over here to see an exhibition of Leonardo,” said Ben Garrett of Dallas, Texas. 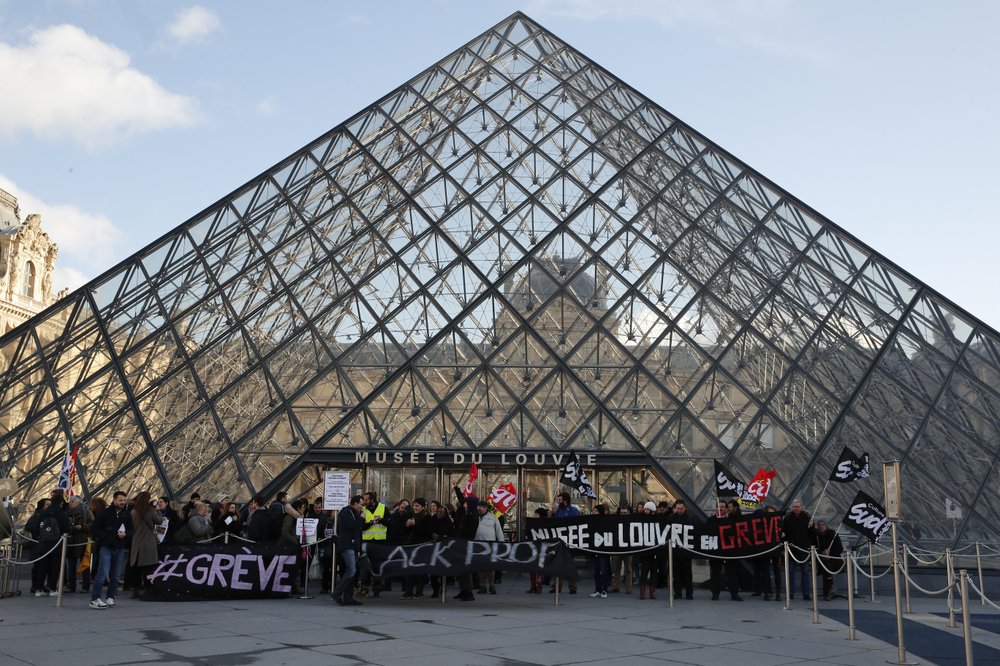 Gerhard Jehle of Germany, who had bought his ticket in advance, shared that view, and said he was “badly informed about the extent of the strike.”

“I don’t understand how this happens,” Jehle said. “Public transport doesn’t function. The unions have to be controlled with an iron hand.”

Argentinian Marcelo Campano, who also had a ticket, said that he understands workers’ bid to confront a government they perceive as “neoliberal … So we’ll show our solidarity and come back another day.”

The action at the Louvre was one of several signs of mounting tensions among strikers.

Several dozen people on Friday invaded the headquarters of the CFDT union, which is favorable to a point-system Macron wants to put in place to determine retirement benefits.

The invaders were seen on video singing and mocking the union’s leader. Macron condemned the action as violent, unacceptable and “shameful for our democracy.”

In a more playful bid for attention, dozens of lawyers opposing the president’s proposed pension reforms put on a dance show in Versailles wearing their black robes.

Unions have called for a seventh round of street marches next Friday, when the contested pension plan is to be presented to the Cabinet.

The weeks of strikes and protests have hobbled public transportation and disrupted schools, hospitals, courthouses and even opera houses and the Eiffel tower. 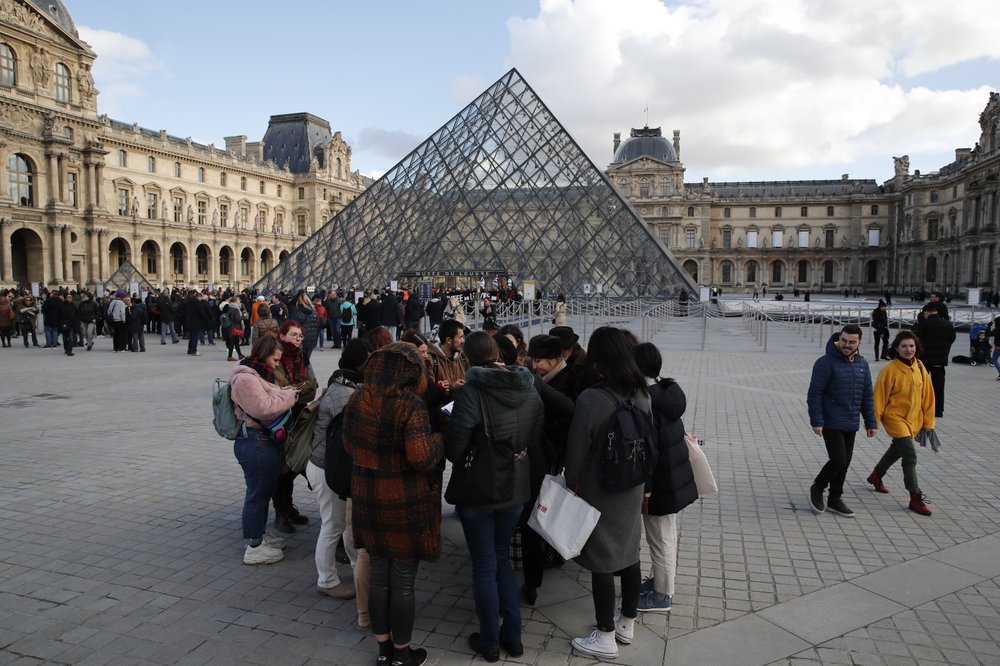 Major French retailers Fnac Darty and Casino said that business in France has been badly affected by the strikes, especially during the holiday season.

Casino cut its forecast for earnings growth in France, where it does more than half its business, to 5% in 2019, from a previous 10%. The company estimates that the strikes in December cost it about 80 million euros in lost revenue.

Shares in both companies were down by more than 5%.

The prime minister’s office said earlier this week that the SNCF train authority and the RATP, which runs public transport, had lost over a billion euros since the start of the strike. Trains have suffered most, so far losing some 850 million euros.

While the number of striking workers has diminished since the movement, the country’s trains and the Paris subway were still disrupted Friday.