Lloyd Russell-Moyle, a former ally of socialist Jeremy Corbyn, has resigned from the shadow cabinet after having to apologise twice in recent weeks over his uncovered anti-Zionist remarks and his attack on left-wing children’s author JK Rowling. However, the Labour MP blamed the “right-wing media” for forcing him out.

The Times on Sunday had revealed that Mr Russell-Moyle had posted on Facebook anti-Israel and anti-Zionist comments in 2009, before he was elected to represent the ultra liberal-progressive constituency of Brighton Kemptown.

Considered antisemitic dog whistles disguised as criticisms of the Jewish state, Russell-Moyle had written that Zionism, Jewish people’s right to return to their historical homeland, as a “dangerous nationalist idea” and branded Jewish claims to historical connection to the holy land as “not progressive”.

He further compared Israel to apartheid South Africa, and insinuated that Israel had brought Palestinian terror attacks upon itself. He said: “Terrorism feeds of [sic] violence, that is why it is only Israel that can stop the violence, it was the National Party in South Africa that had to make the first steps.”

The Jewish Labour Movement called for the MP’s resignation, saying on Sunday in comments reported by Jewish News: “Lloyd Russell-Moyle has, in his short time in Parliament, managed to attract constant controversy in relation to antisemitism, which has caused deep upset and distress within the Jewish community in Brighton and Hove.”

“In isolation, each event would have at best pointed to a blind spot on anti-Jewish racism. Taken together they appear to be a pattern of behaviour that is simply not acceptable for a front bench member of the Parliamentary Labour Party,” the statement added. 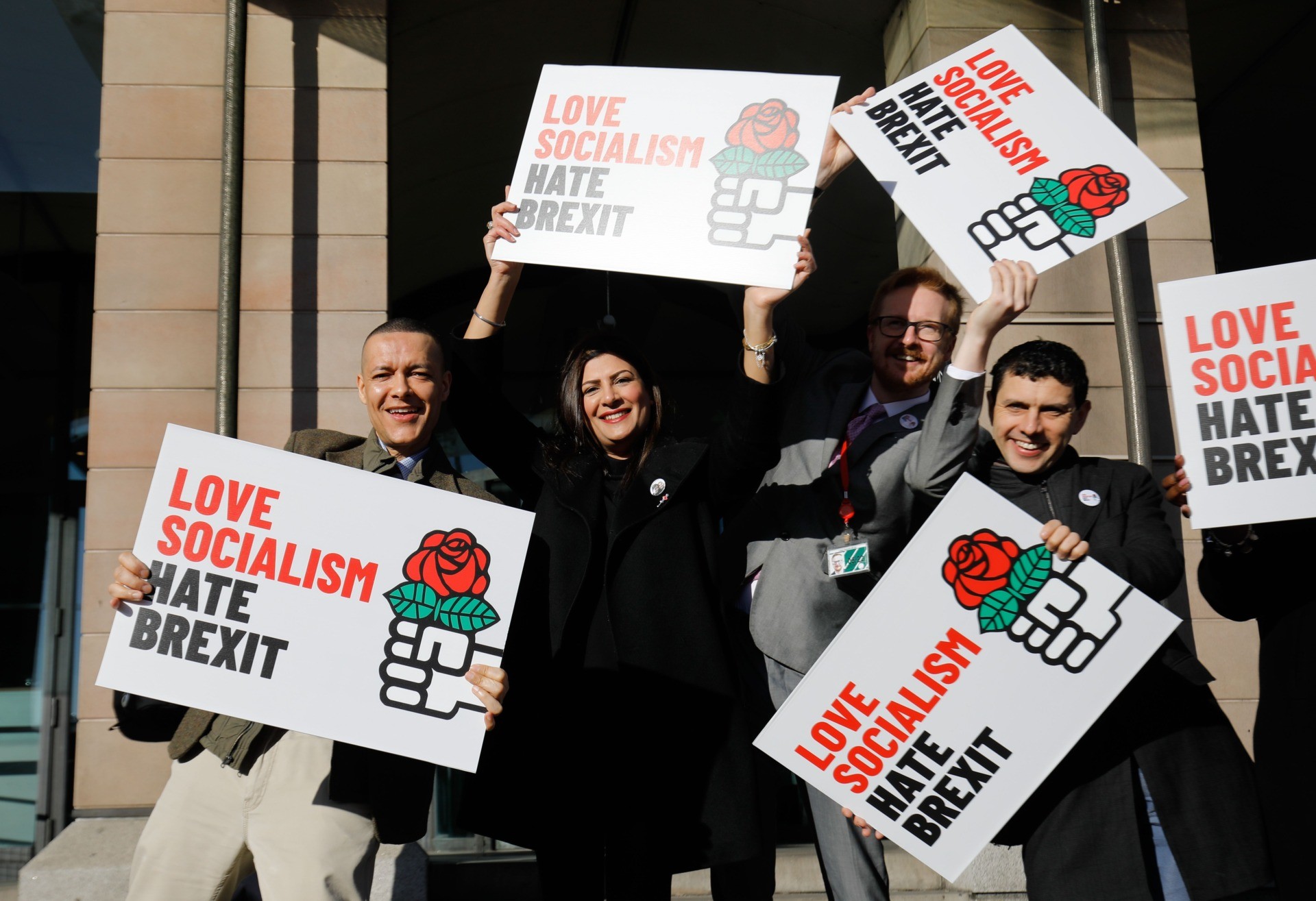 While the remarks were made before he became a Member of the House of Commons, it may raise questions concerning Labour’s vetting processes of candidates for senior positions under new leader Sir Keir Starmer. Starmer is attempting to cleanse the party of its Corbyn legacy, which has been plagued by accusations of institutionalised antisemitism. However, Starmer had elevated some Corbyn acolytes to senior positions.

Another former Corbynite, Rebecca Long-Bailey was forced to resign from the front bench in June after sharing an article that repeated an antisemitic conspiracy theory that Israel was somehow at fault for the death of black American George Floyd, who died in police custody in Minnesota in May.

This week, the Labour Party had received a draft copy of the Equality and Human Rights Commission review into systemic anti-Jewish prejudice in Labour, with reports that the party is set to make a formal apology to antisemitism whistleblowers.

Mr Russell-Moyle also recently apologised for comments he made to left-wing author JK Rowling when he accused her of “using her own sexual assault as justification for discriminating” against transsexuals, he claimed. Rowling had become more vocal in raising concerns over the effect of transgender ideology on children and women’s rights.

The former shadow environment minister, however, blamed the “right-wing media” for “hounding” him out of his role, claiming to have received “a torrent of online hate and daily calls of harassment to my office”.

Russell-Moyle is no stranger to controversy. In 2019, he had been a vocal defender of Chris Williamson, the former Labour MP who said that his party was being “too apologetic” about antisemitism, before performing a u-turn on his support for Williamson.

In 2018, the Brighton MP had famously grabbed the mace — the symbol of Royal authority in the lower house — from its position in the House of Commons and tried to leave with it. It was not the first time the mace was removed, and when done so is in protest at a perceived government no longer having the mandate to govern.

The anti-Brexit MP had claimed at the time that he had performed the “symbolic stunt” over the delay in voting on former Prime Minister Theresa May’s exit deal.