Hundreds of French Roman Catholics gathered across the country to protest the closure of French churches under Wuhan coronavirus lockdown measures.

Protests took place in multiple cities across the country over the weekend, demanding that the government allow Sunday Masses to take place. The protestors sang hymns and prayers in front of churches. 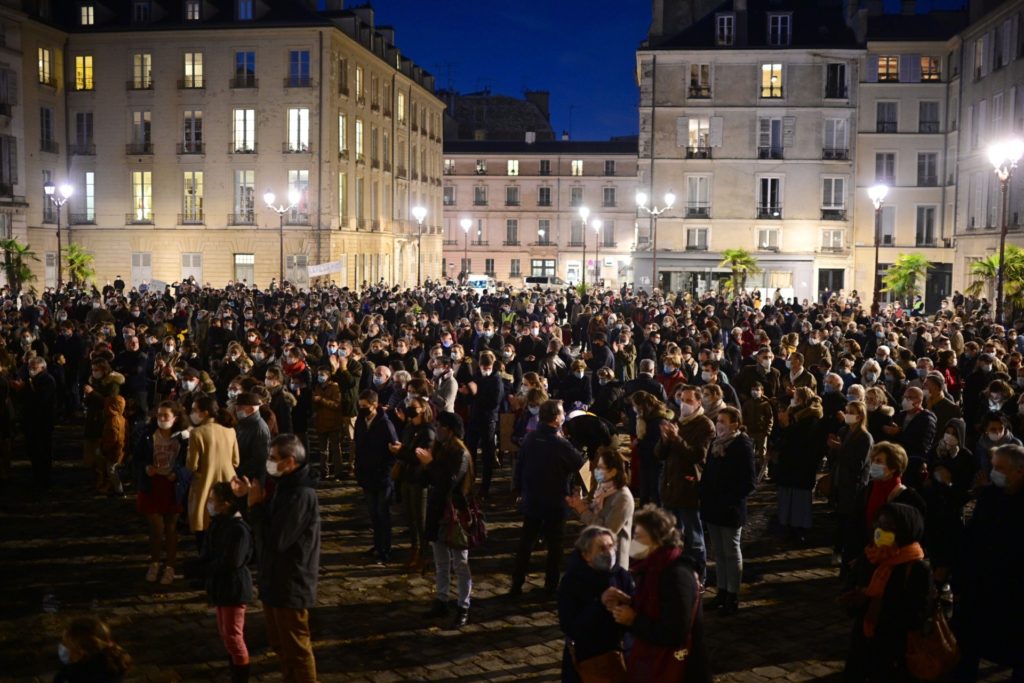 Catholic faithful take part in a rally to protest against COVID-19 restrictions under which masses are banned in churches, on November 15, 2020, in Versailles, outside Paris, as France is on a second lockdown to tackle the spread of the Covid-19 pandemic caused by the novel coronavirus. (Photo: MARTIN BUREAU/AFP via Getty Images)

Around 250 Catholics gathered in Rennes, nearly a hundred in Reims, around 300 in the commune of Saint-Germain-en-Laye, 400 in Nantes, 600 in Versailles, 300 in Bordeaux and 200 in Bourges and Tours, Francebleu reports.

On Friday, several hundred gathered at the Place Saint-Sulpice in the 6th arrondissement of Paris with videos of the protests being shared on social media.

Another rally was planned for Sunday in the French capital but was banned by Paris police who stated, “Despite the organizers’ commitment to enforcing social distance and barrier gestures, the police have found that these sanitary measures are not being properly followed.”

While protests were banned in Paris, some took place on Sunday in other cities such as Toulouse where a crowd of several hundred gathered in St. Stephen’s square at around 4:30 pm.

“I’ve never protested in my life,” a mother who attended to protest with her children said and added, “We follow protocols, there has not been an outbreak of contamination in churches to my knowledge. We want to assert our right to Mass. This is a matter of freedom of religion.”

French Interior Minister Gerald Darmanin also released a statement regarding the protests saying, “Of course freedom of religion is very important,” and adding, “but life is more important than anything, and life is about fighting coronavirus.”

Darmanin added that on Monday he would meet with religious leaders to discuss possible conditions that could lead to religious ceremonies being able to be held again but noted that they would be “depending on the changing health situation.”