The May Day march, which was organised by the radical feminist organisation Sisters Uncut in conjunction with the BLM-style splinter groups All Black Lives UK and the 4 Front Project, as well as the “racial justice education” group No More Exclusions, saw thousands of far-left activists take to the streets of London.

Aside from celebrating the communist holiday, the ‘Kill the Bill’ demonstration was also against the proposed Police, Crime Sentencing and Courts Bill, which seeks to grant police greater powers to break up “disruptive” protests in Britain.

The protest began at noon in Trafalgar Square in central London, where leftists carried Socialist Worker signs and activists handed out far-left pamphlets, including from the International Communist League (Fourth Internationalist). 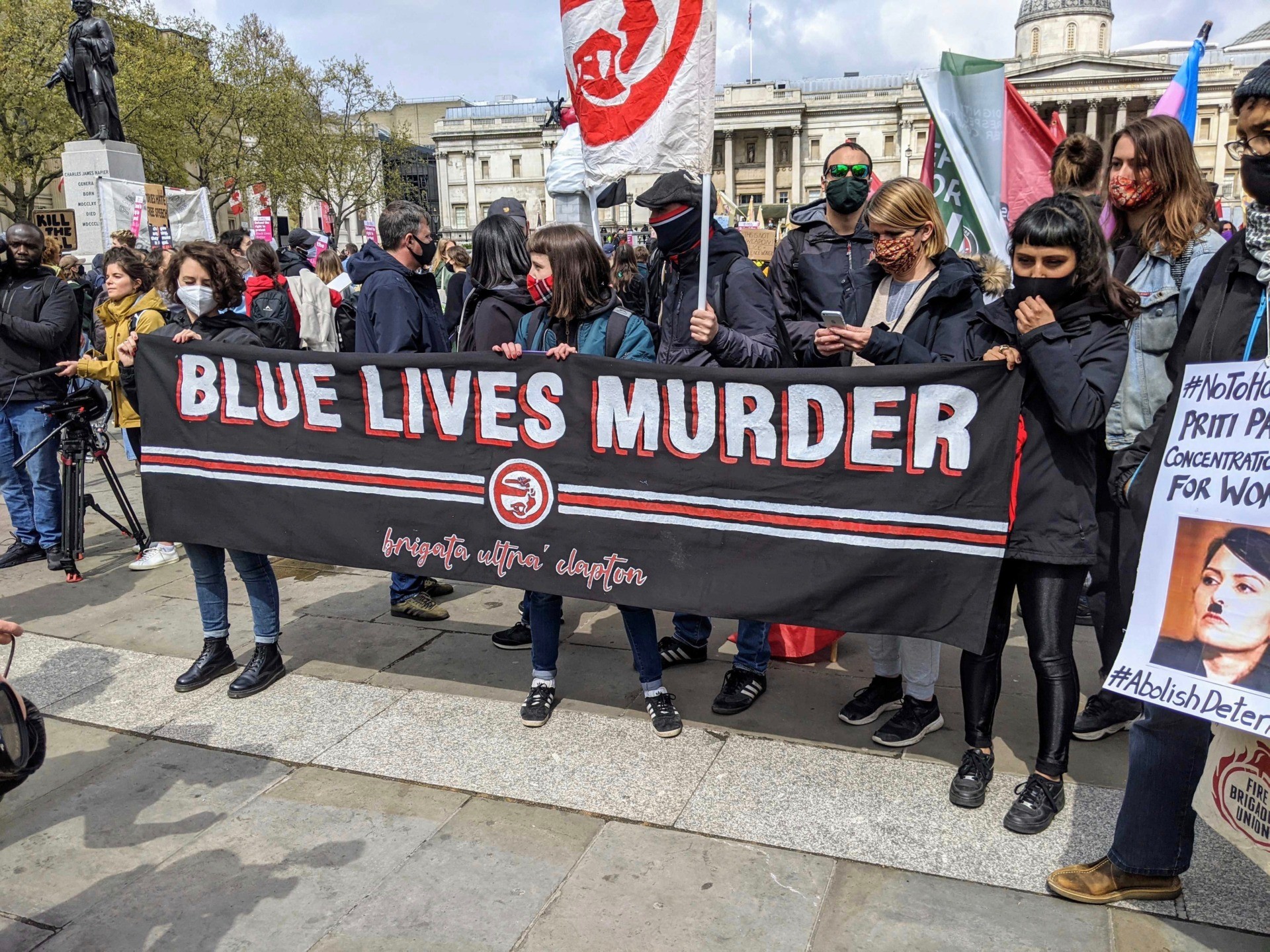 In an exclusive Breitbart London video, one of the speakers at the event began by quoting Marxist Assata Shakur, who fled the United States for Communist Cuba after being convicted in 1973 of the murder of Werner Foerster, a New Jersey state trooper.

“When we are not given justice, we take justice!” she screamed. 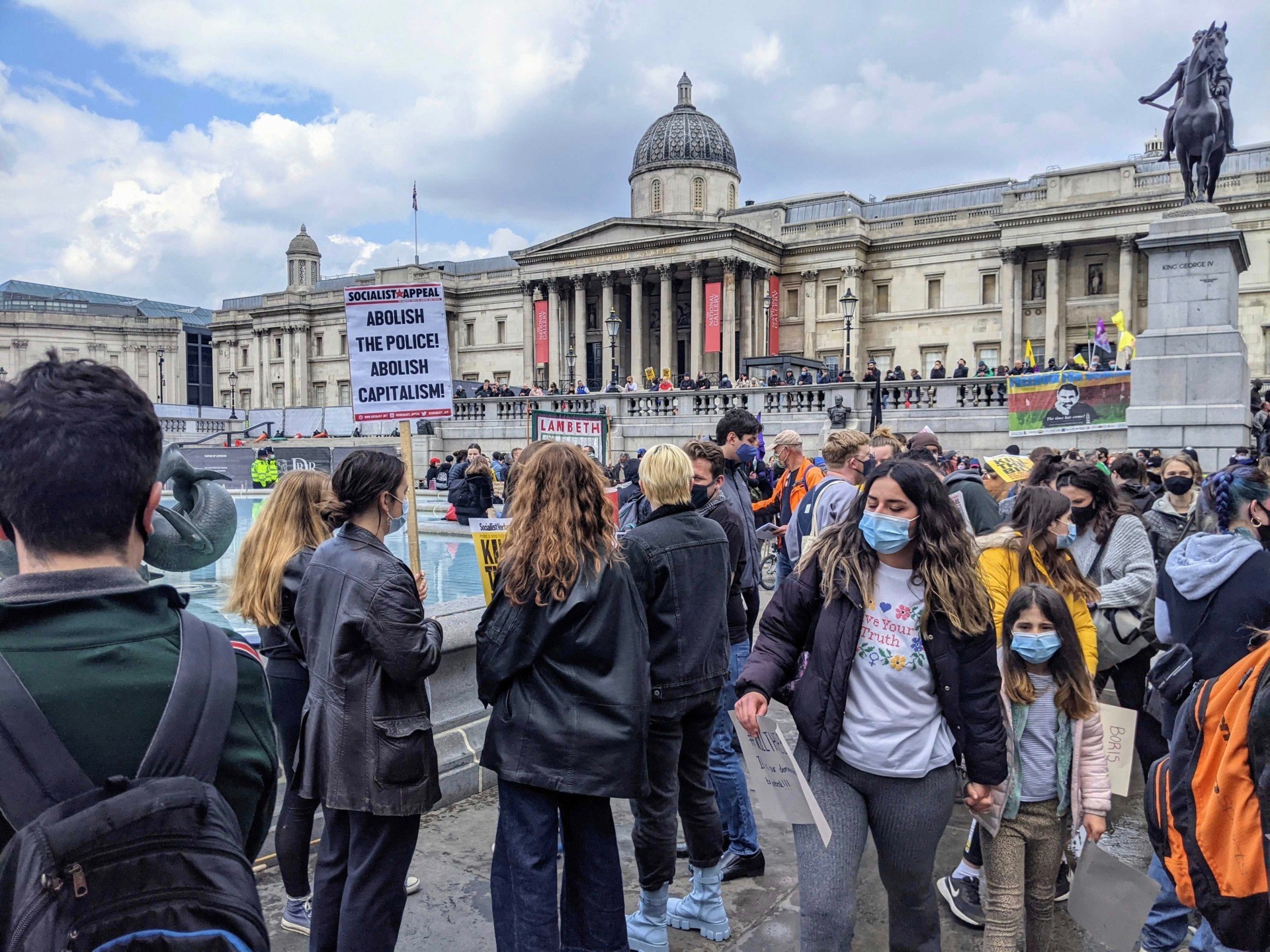 Taking to the stage, which was erected on the top back of a pick-up truck, a 4 Front Project activist said: “Resisting this bill is resisting the investment into this racist, violent system that’s only goal is to surveil us, to police, and to imprison and they will never, ever solve the issues we have in our society, ever.”

She then led the crowd in a chant of the BLM slogan “No Justice, No Peace”.

The activists then marched throughout central London, crossing the river Thames and ending up in Vauxhall Pleasure Gardens, where the radicals staged an impromptu booze-laden rave with loudspeakers playing dubstep music. 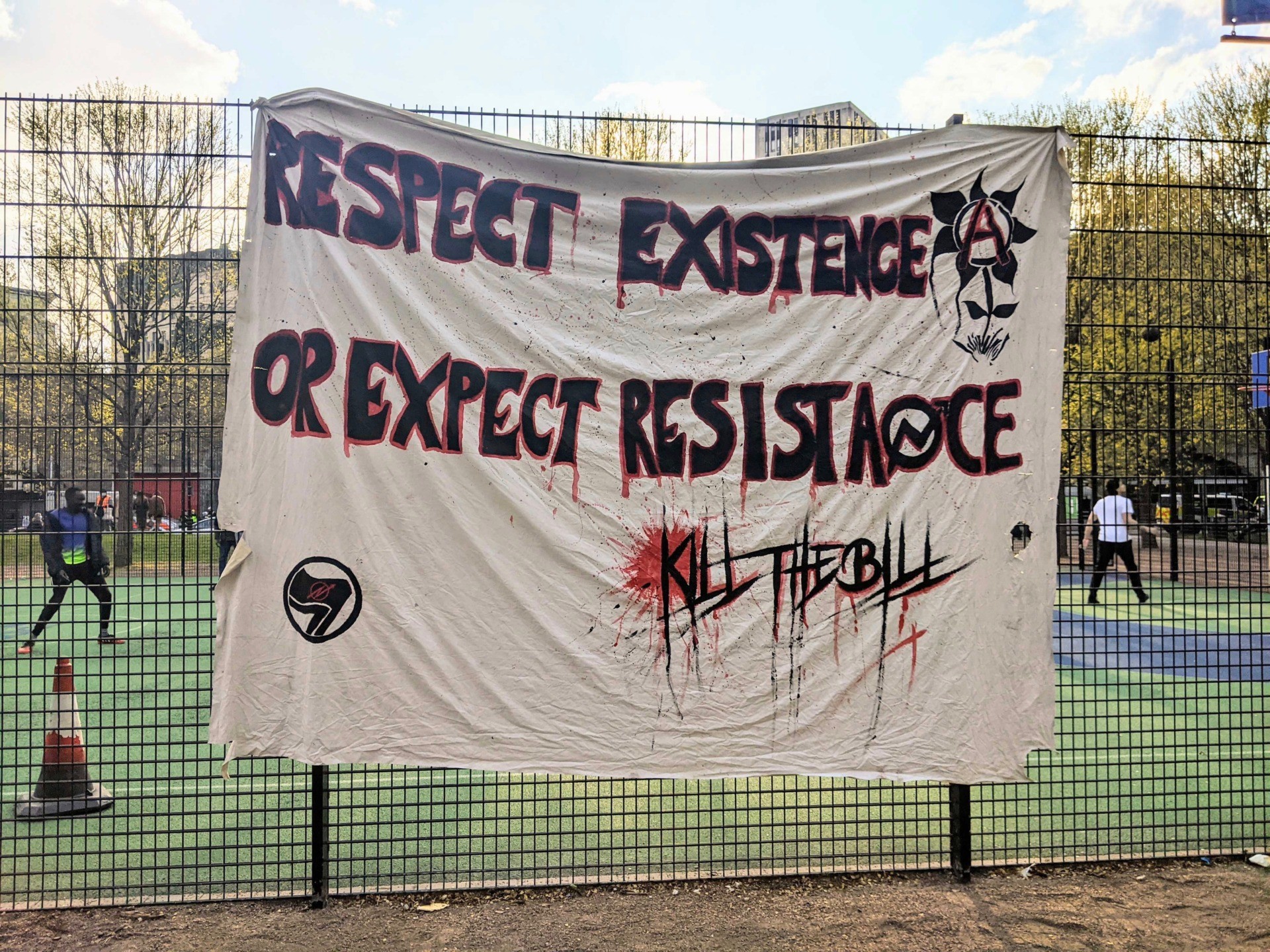 In stark contrast to the forceful dispersal of an anti-lockdown gathering last weekend in Hyde Park, police officers stood by and watched as the leftists apparently breached coronavirus regulations, which still prohibit gatherings of this kind.

The Metropolitan Police Service said in a post on social media that throughout the entire demonstration, only nine people were arrested. According to the Evening Standard, five men and four women were arrested for obstructing roads throughout the capital.

At the time of this report’s publication, it has not been revealed if any of the activists were arrested for breaching coronavirus restrictions.