PARIS (AP) — The 2015 attacks in Paris killed 130 people and wounded hundreds of others. The trial of 20 men accused of having roles in the carnage began Wednesday.

The attacks were carefully planned and simultaneous across the French capital.

September-November 2015: Two apartments and a house in Belgium are rented under false identities to prepare and coordinate the attacks. Salah Abdeslam rents two cars in Belgium to drive to France.

— 9:16 p.m. and 9:20 p.m. Two suicide bombers detonate themselves outside the national stadium just north of Paris after failing to enter it. A security guard and both bombers die.

— 9:41 p.m. A suicide bomber detonates his vest by another restaurant, kills no one but wounds two.

— 9:53 p.m. A suicide bomber detonates his vest near the national stadium. He is the only one killed. 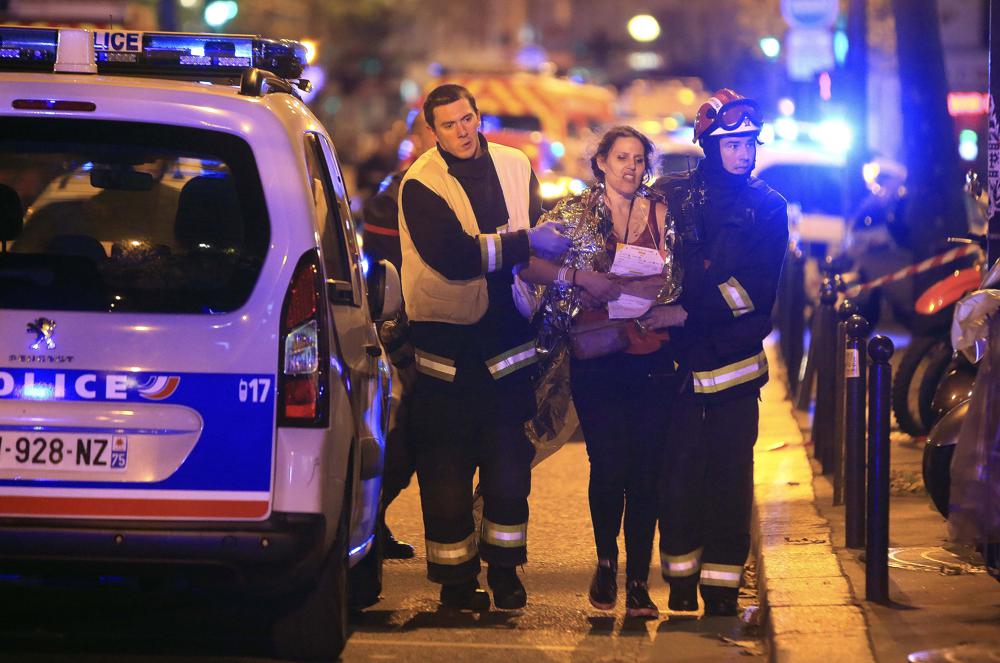 FILE – In this Nov. 13, 2015, file photo, rescue workers help a woman after an attack by Islamic State militants, outside the Bataclan theater in Paris. On Nov. 13, 2015, a cell of nine Islamic State militants armed with automatic rifles and explosive vests left a trail of dead and injured at the national stadium, Paris bars and restaurants and the Bataclan concert hall. Nearly all the attackers were from France or Belgium, as were the cell’s 10th member — the only one still alive. He is the chief defendant among 20 people charged in a trial that is expected to last nine months. (AP Photo/Thibault Camus, File)

— 12:12 a.m. Police special forces enter the Bataclan, two terrorists blow themselves up, one is killed by police.

— Early morning: Salah Abdeslam, who had dropped the stadium bombers off and whose brother was one of the restaurant attackers, flees to Belgium.

— 11:42 a.m. The Islamic State group claims the responsibility for the attacks as retaliation against France for “insulting (the) Prophet” and air strikes in Iraq and Syria. 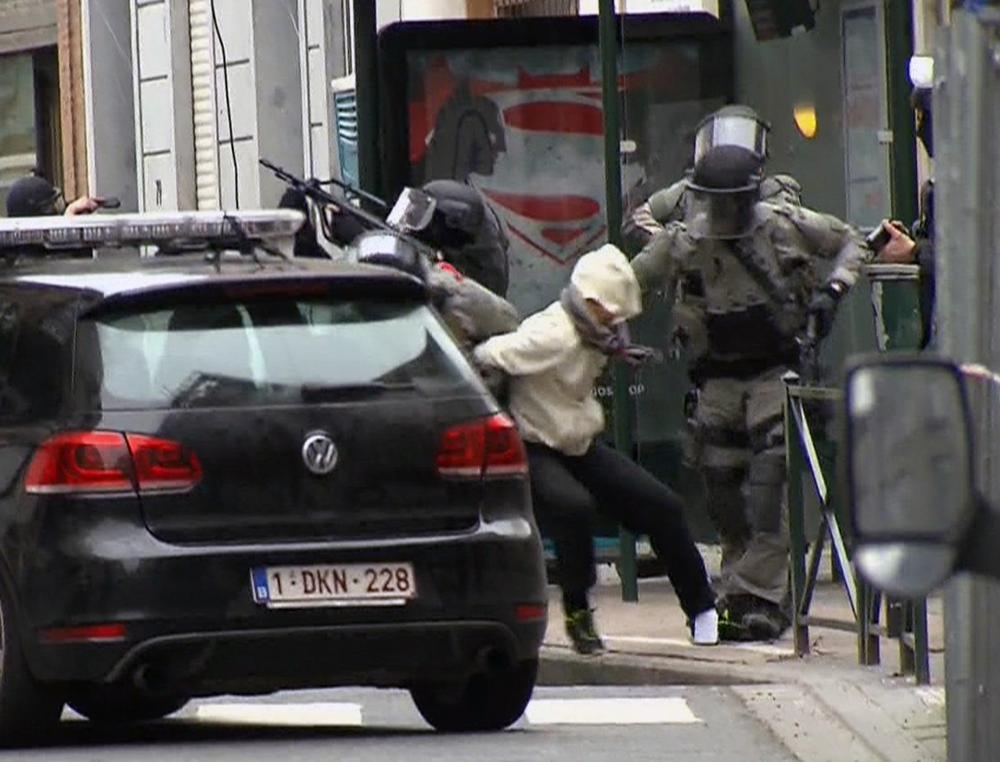 FILE – In this Friday March 18, 2016 file framegrab taken from VTM, Salah Abdeslam, centre, is arrested by police and bundled into a police vehicle during a raid in the Molenbeek neighborhood of Brussels, Belgium. Belgian prosecutors confirmed Wednesday April 27, 2016 that Paris attacks suspect Salah Abdeslam was handed over to French authorities. (VTM via AP)

— Nov. 17-18 : Police raid a house in the northern suburb of Saint-Denis, where two men involved in the attacks are hidden. One of the men detonates his explosive vest, and they and a woman with them die.

— March 18, 2016: Salah Abdeslam is captured in the Molenbeek area of Brussels, Belgium.

— April 8: Mohamed Abrini, who was involved in the Paris attacks and Brussels bombings, is arrested in Anderlecht outside Brussels.