Far-left Antifa extremists protested and rioted in multiple French cities following the election victory of President Emmanuel Macron on Sunday, with clashes breaking out between police and Antifa militants.

Demonstrations and riots broke out in several French cities on Sunday night, following the announcement that President EmmanuelMmacron had secured victory in the second round of the French presidential elections, defeating rival Marine Le Pen.

In Paris, several hundred people gathered at the Place du Châtelet before they were dispersed by police and then later gathered at the Place de la République, where they demonstrated against Macron, with one writing “Antifa” on the statue of the monument of the Republic, while others threw projectiles at police, Franceinfo reports. 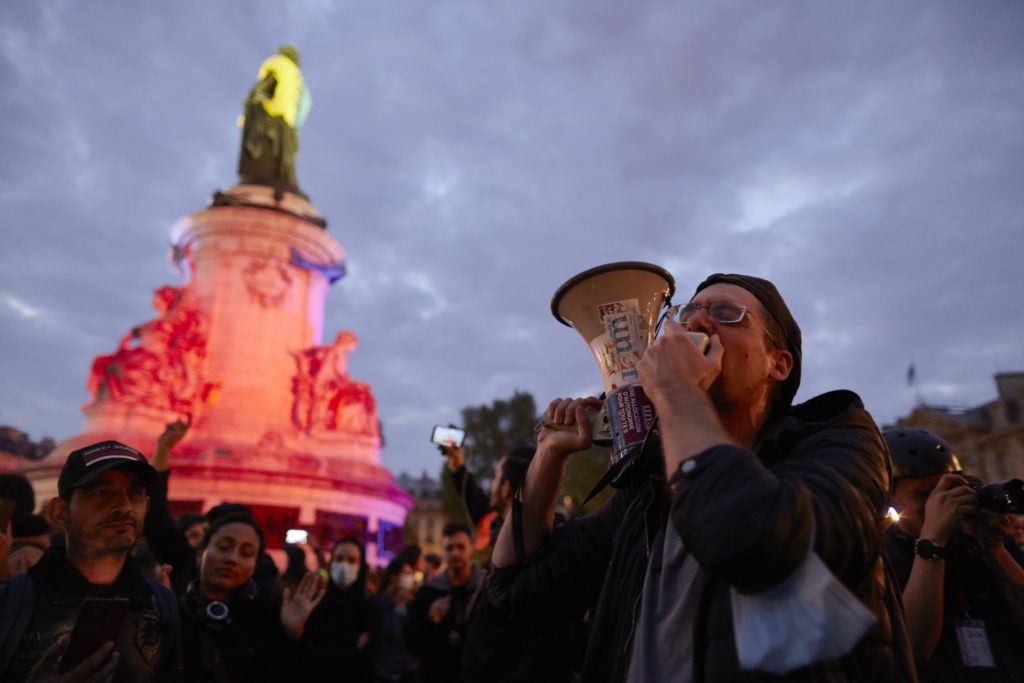 Police made several attempts to charge protestors in order to disperse them and at least 12 people were arrested during the course of the evening, but no injuries were reported.

In Lyon, clashes broke out between far-left extremists and police shortly after the result of the election was announced, with militants attacking the town hall of the 4th arrondissement, as well as attacking a police station and a local bank.

The French riot police, the CRS, were present at the scene and deployed tear gas on the militants to disperse the crowd and carried out identity checks. At least one person was arrested.

Tensions were also reported in Rennes, Nantes, Marseilles, Strasbourg and Toulouse. In Rennes, around 250 extremists took to the streets and set fires, while also clashing with police. Seven people were arrested during the course of the rioting.

Rennes had seen rioting after the first round of the presidential election as well, with at least 500 extremists taking part in a riot that saw windows of local shops smashed, and graffiti calling for “social war.”

In the centre of Nantes, 400 to 500 people gathered and marched behind a banner that called for a revolution in the country.

Antifa extremism remains a major issue in France, with the Macron government taking a major step prior to the election by banning a Lyon branch of the extremist group over calls of violence toward police as well as past violent actions by members of the group. 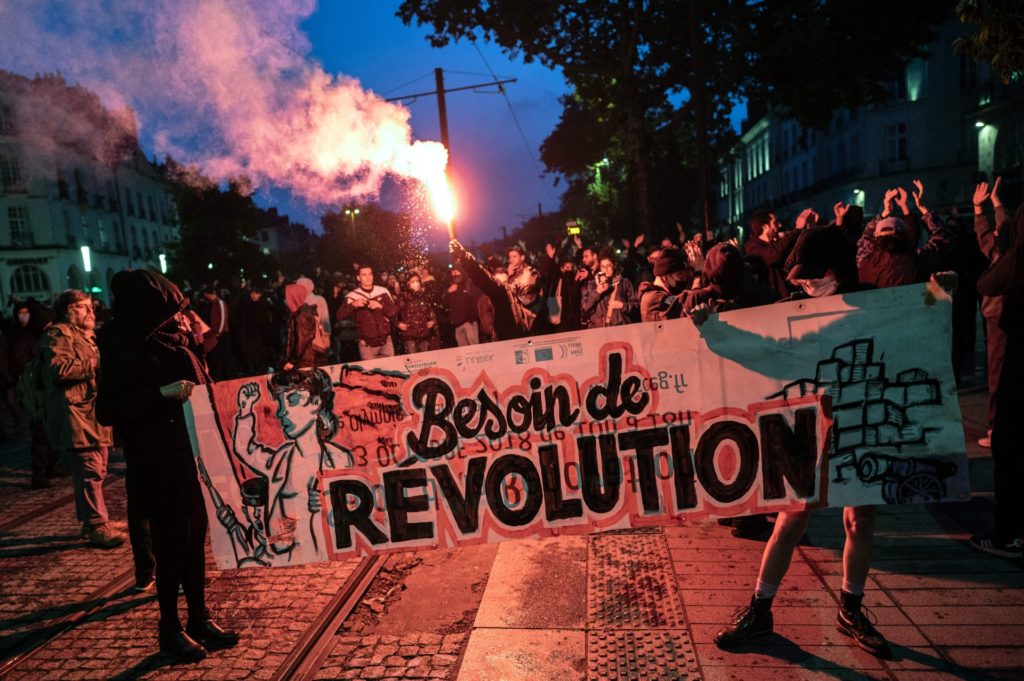 Protesters hold a banner reading “a need for revolution” in Nantes on April 24, 2022, following the results of the French presidential elections.  (Photo: LOIC VENANCE/AFP via Getty Images)