In contrast, 42 percent of likely voters, and 27 percent of Republicans, strongly back Sessions’ continued role as AG.

The poll was taken amid reports that Trump wants to fire Sessions for not heading off the establishment-backed and unprecedented investigation into Trump’s pre-election businesses and his campaign.

Sessions has been Trump’s longest-standing supporter in Washington D.C., but Democrats are hoping the investigation will impeach and ruin Trump.

The poll is skewed by Democrats’ unusual support for Sessions, who is often smeared as a Civil War-style racist by progressives, despite Sessions’ courtroom destruction of the KKK in his home state. Overall, 75 percent of Democrats oppose Sessions’ firing, while just 14 percent support Sessions’ removal.

Forty-seven percent of Republicans want to keep Sessions, compared to 31 percent who want him removed. 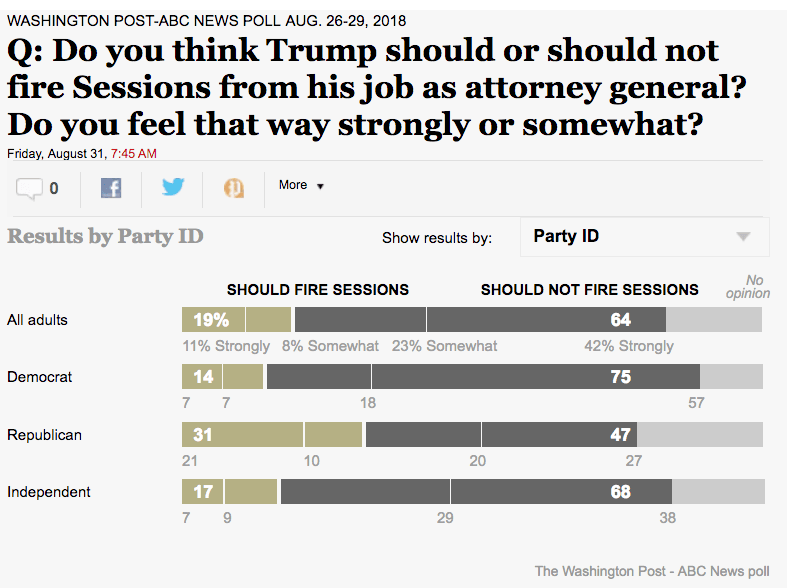 GOP support for Sessions is bolstered by his effective and aggressive implementation of the President’s “Hire American policy.” For example, Sessions’ staff recently arrested an Indian CEO for labor-tracking white-collar workers.

He is also using his power as AG to overhaul the nation’s border-security policies to block illegal migrants, despite bipartisan efforts to preserve the inflow of cheap labor.

Sessions has a lot of support among GOP Senators but he faces sniping from amnesty proponents, such as South Carolina GOP Sen. Lindsey Graham. If Sessions stays on as AG< he is likely to block from Graham’s plan to push an establishment agenda through the Senate’s judiciary committee in 2019.

Lopsided Democratic support for Sessions and hatred for Trump also leaves Sessions with an apparently higher voter approval rating. In reality, nearly Democrats would also like to see Sessions gone because of his role in helping achieve Trump’s shocking win in 2016. 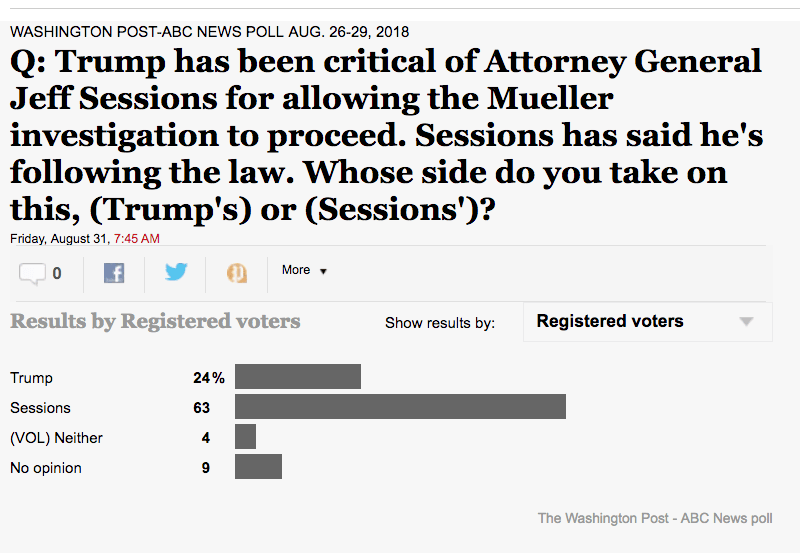 AG Jeff Sessions is gradually reversing Obama's huge 'administrative closure' amnesty which was used to shield 350,000 migrants from repatriation. It was one of several regulatory & administrative doors opened by Obama's pro-migration admin. https://t.co/161kpY3ni0