Chile was the world’s leading producer of lithium until 2016, when it lost its crown to Australia, and on current trendlines it could fall behind several other countries.

Piñera told reporters Friday that pushing through a tender for lithium extraction was the best “strategic plan” for revitalizing the stagnant domestic industry.

“We have two options: either we leave lithium in the ground or we use lithium for the benefit of all Chileans,” he said.

Piñera’s administration pointed out the proffered 29-year contract would only cover four percent of Chile’s huge reserves, which account for over half of the world’s known lithium deposits. Chile produced 37 percent of the world’s lithium in 2016, but is down to 32 percent today, and will bottom out at 17 percent by 2030 according to current projections – even as the worldwide demand for lithium surges because it is a vital component of electric car batteries. 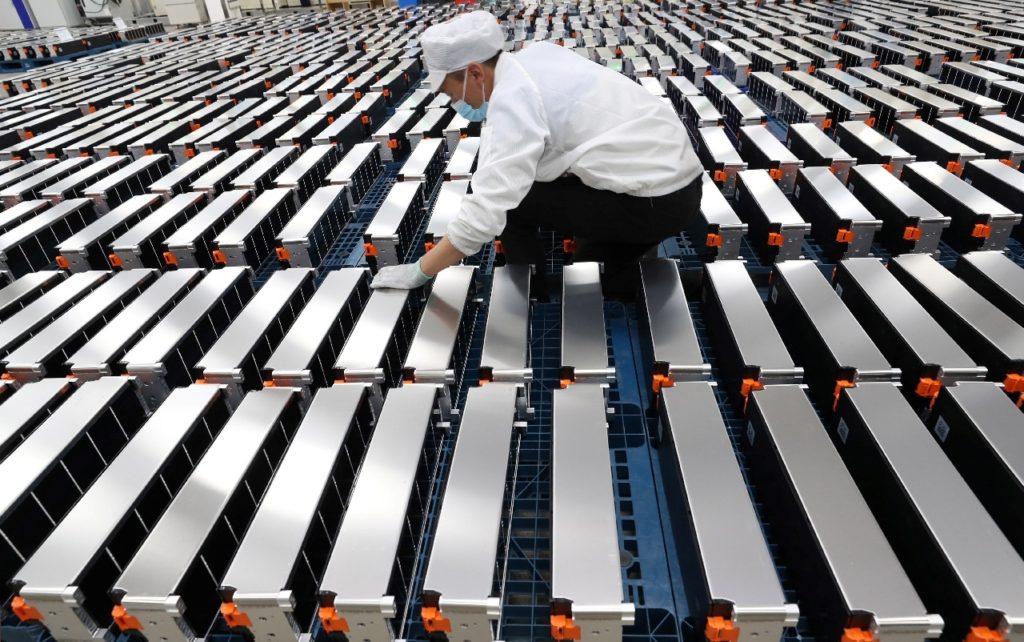 This photo taken on March 12, 2021 shows a worker with car batteries at a factory for Xinwangda Electric Vehicle Battery Co. Ltd, which makes lithium batteries for electric cars and other uses, in Nanjing in China’s eastern Jiangsu province. (STR/AFP)

Opposition lawmakers filed suit last week to block the tender, while protesters marched in the streets chanting “Piñera, understand that lithium is not for sale!” The lawsuit was rejected Friday because an appeals court said it was filed too late. 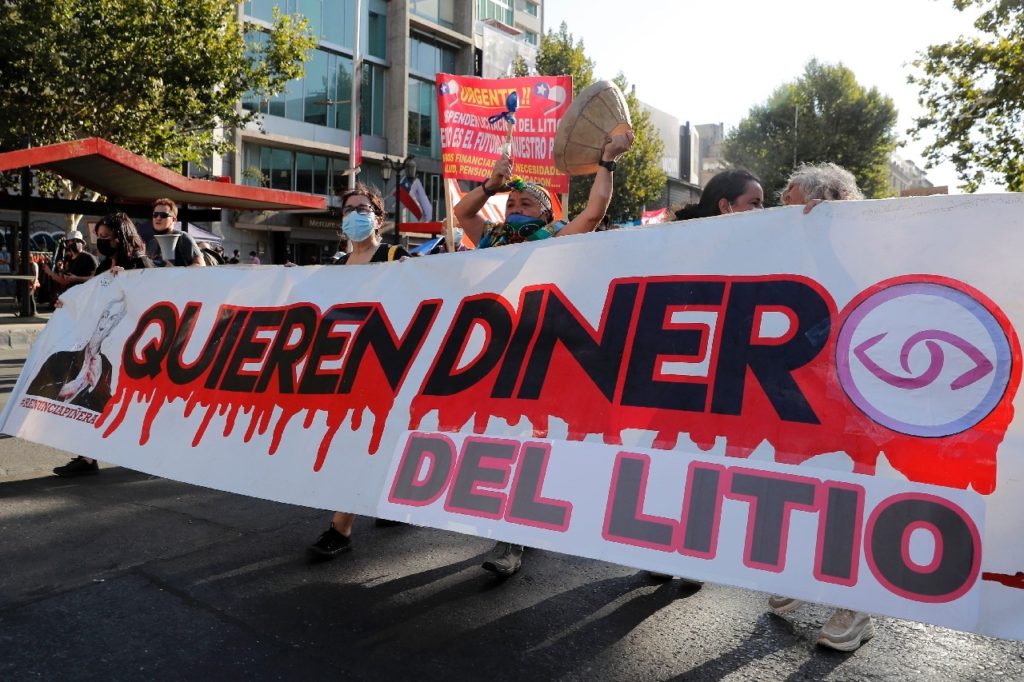 Demonstrators in Santiago, Chile protest against President Sebastian Piñera over the privatization of the lithium industry. (AFP)

Boric apparently intends to create a “national lithium company” to take over the industry, much as Chilean Marxists once nationalized copper mining.

A report at Infobae on Sunday noted a “Chinese group” is one of the contenders for the extraction contract Piñera’s administration is offering. China dominates the market for lithium electric vehicle batteries and has tremendous demand for the mineral.

Another contender is North Carolina-based Albemarle, which said in December that it did not expect Boric’s election or talk of nationalizing lithium extraction to seriously impact its 40-year-old operations in the country. Albemarle representatives evidently did not consider Boric’s nationalization threat to be serious.

The New York Times predicted lithium production will be “one of the toughest issues” facing Boric, because the industry could provide vital income for his extravagant social spending plans, and electric cars are a key issue for the international climate change movement – but the actual process of extracting lithium is rough on the local environment, because it dries out the soil, and expanded mining operations are opposed by indigenous people living near the deposits.