A cartoon published on the website of a branch of the Palestinian Fatah party draws a comparison between Israel and the Islamic State terror group.

A reproduction of the cartoon was posted by Palestinian Media Watch, a Jerusalem-based NGO.

The cartoon shows two uniformed fighters, one with a Star of David on his helmet and the other an IS gunman. The arms of the two men are intertwined and they are firing automatic weapons. The Israeli is holding a hatchet dripping with blood, while the IS terrorist holds a bloodied knife. 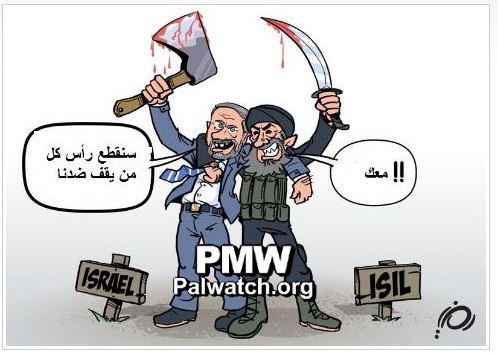 In the text above the image, the Israeli is saying: “We will behead everyone who is against us,” to which the IS gunman replies: “I’m with you.”

According to PMW, the cartoon appeared on the website of Fatah’s Information and Culture Commission on March 18.

The NGO has been documenting cartoons in a similar vein. One cartoon even portrayed Israeli Prime Minister Benjamin Netanyahu as a watcher for an Islamic State gunmen aiming a gun from a balcony in Paris. 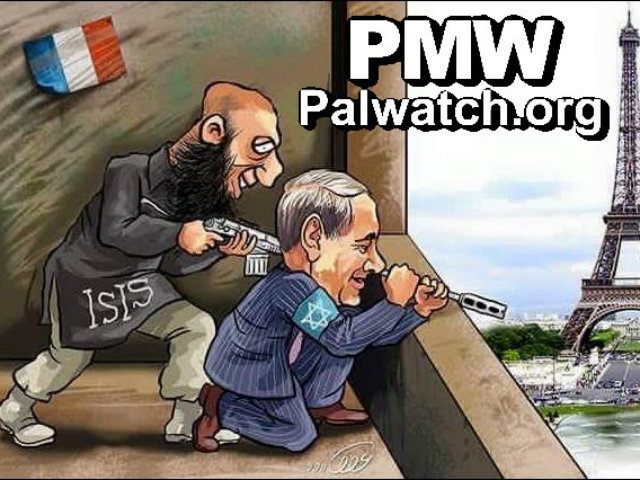 Palestinian Authority leaders have often repeated a claim that Israel is controlling the Islamic State and orchestrates the Islamist terror group’s activities around the world.