As a caring, sensitive, non-racist person, one of the things I often ask myself when mulling over tricky moral issues is: “What would Madiba* have done?” (* see note below)

One such moral conundrum has been the killing of Cecil, the late celebrity lion whose death has left me torn.

On the one hand it is clearly sad that a mighty beast, the star attraction of Zimbabwe’s Hwange National Park, should have been dispatched before his time. Slain, of all indignities, by a dentist from Minnesota.

On the other hand – as I’ve noticed with so many of the issues which have been exercising the liberal-left recently from Ferguson to campus rape – the deeper you delve into the story, the less it seems to accord with “the white men are totally evil and must hang their heads in shame for all eternity” narrative which has been imposed on it by the righteous arbiters of truth and social justice.

A popular meme about Walter Palmer, the trophy-hunting dentist who killed Cecil, is that he is a “coward”. This has been used a lot by critics on the Facebook page of his dental practice. I can think of many words you might use to describe someone who stalks a fully grown male lion in the African bush in order to get close enough to try to kill him with a crossbow. But “coward” isn’t one of them.

Lions don’t live for ever. Even magnificent ones with black manes and their own Wikipedia entry. No really.

As a commenter who has stalked lions in Hwange and is obviously familiar with local conservation issues noted below this sensible Spectator blogpost on the subject:

Cecil was 13 years old and faced either starvation, injury or disease within the next 12-24 months. That’s how wild animals die. They don’t have hospices or morphine. Left to die of “natural causes” their death is slow and agonising. The professional hunter would have known this all too well. He would also have known that Cecil had served his purpose as the pride male, sired several generations, and, for $36,000, was deserving of the, relatively quick, death of predation. 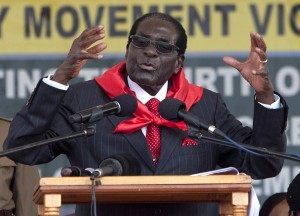 Everyone has suddenly become an expert on Zimbabwean law and is in no doubt that Walter Palmer was guilty of breaking it. Obviously, I must bow to all these people’s superior knowledge, gleaned, no doubt, from careful study of a country of whose history and culture and precise location on the map they are all deeply well informed. But there was I thinking that Zimbabwe was a complete basket case, run by a brutal dictator-for-life called Robert Mugabe who has murdered tens of thousands of his people, impoverished and immiserated a country once known as the “breadbasket of Africa”, expropriated the lands and property of (mostly white) farmers and handed them to his cronies, where the rule of law is virtually unknown. Silly me, eh?

“What lion?” Zimbabwe’s acting information minister Prisca Mupfumira asked, when questioned by Reuters, when the story first blew up. Zimbabwe’s The Chronicle newspaper wrote sarcastically: “It is not an overstatement that almost 99.99 per cent of Zimbabweans didn’t know about this animal till Monday. Now we have just learnt, thanks to the British media, that we had Africa’s most famous lion all along, an icon!”

One of the less credible aspects of this story (and indeed all stories of this kind) has been the accumulation of dubious detail designed to suggest that it was EVEN WORSE THAN WE THOUGHT. For example, it was not enough that Cecil himself was dead. We were also authoritatively told by an “expert” that Cecil’s cubs “could” be killed by Jericho, the new dominant male in the pride. Subsequently, the expert – Johnny Rodrigues, head of the Zimbabwean Conservation Task Force – admitted that Jericho hadn’t killed the cubs but rather was protecting them. Another tragedy inflation rumour – that Jericho (described in some reports as Cecil’s brother) had been shot by a poacher – also proved false.

Cecil was no ordinary lion. He was a “friendly lion. 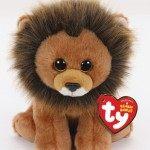 “The 13-year-old animal was renowned for being friendly towards visitors” says the BBC website. Sadly, this tantalising detail is left hanging. Did Cecil learn to give people high fives with his mighty paws? Did he brew them cups of strong African tea on an open fire that he had personally encouraged his pride and young cubs to build? Tragically we may never know. But one thing’s for certain: Cecil’s friendliness adds a whole new dimension to this story. Had he been a miserable lion people might not have cared in nearly the same way. Nor might they have invested in a Cecil the Lion memorial Ty Beanie toy or a $2000 mobile phone engraved “For Cecil and His Kingdom”. (Isn’t that last one a bit blasphemous? Are they confusing him with Aslan?)

According to National Geographic:

“[T]here are between 32,000 and 35,000 lions living in the wild in Africa. The lion population is spread across 27 countries, with nine countries having populations of at least 1,000 lions. (See “The Serengeti Lion.”)

Of greatest significance is the fact that 24,000 of the lions, which is at least 68 percent of the total population, live in what the study terms “strongholds.” Strongholds are areas that meet “the necessary requirements for [the] long-term viability” of their lion populations.” 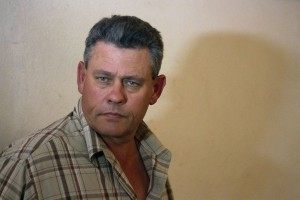 ‘We grew up hunting, our forefathers grew up hunting, and it is part of our culture,’ says Theo Bronkhorst, who was forced to take up his new career as a professional guide after having his family farm confiscated by Mugabe. He has also gamely stood up for his client Walter Palmer, insisting he is a “good man” who has done “nothing wrong” and that the case against them is “frivolous.” But obviously, neither of these men deserves a fair hearing. Not only are they culpably white, middle-aged and male but, most damningly, neither has a distinctive black mane, sharp teeth, soft fur or a swishy tale.

Call me uncharitable, but if there’s one body I trust even less than the Zimbabwean dictatorship and its bent judicial system, it’s all the environmental and conservation charities which have been piling in to make money and generate publicity out of this confected “scandal.” On our search for the true villains of this story, all we need ask ourselves is “cui bono?”

So, as you can see, it’s a difficult one. Whose side should we take in all this?

It turns out that had Mandela had Cecil the Lion in his sights he would almost certainly have shot him for Mandela was a great enthusiast of hunting and recognised it as a vital method of conservation.

Here’s a report from 1991 in South Africa’s Weekly Mail.

The picture on the left shows Nelson Mandela proudly posing with a blesbok he shot while on safari with game wardens from kaNgwane’s wildlife department. The African National Congress leader has developed a passionate interest in environmental issues since spending a two-week holiday at a Lowveld nature reserve hunting and learning about innovative approaches to nature conservation.

The kaNgwane Parks Board is renowned for its methods — including hunting and culling of overpopulated species — that allow nature conservation to be combined with rural development.

Mandela told The Weekly Mail, after returning to his office in Johannesburg this week, that he believed it was vital to promote environmental conservation and to devise new methods to protect this country’s fast-dwindling plant and animal species. He spent his annual leave at the Mthethomusha Game Reserve in kaNgwane and used the opportunity to hold extensive and wide-ranging discussions with some of the country’s top ecologists.

“It is important for conservation and rural development to be combined,” he said. “Nature conservationists must take into account the needs of people around the reserves. They need to encourage education programmes about protecting wildlife and always act in co-operation with the local communities.”

(*Madiba, of course, is what those of us who like to imagine we were personal friends of Nelson Mandela – eg Peter Hain, former Labour MP, anti-apartheid campaigner, and author of books including Nelson Mandela: My Part In His Life, The Real Nelson Mandela: By His Closest Friend; Mandela: The Collected Letters I Sent Him On Robben Island – prefer to refer to the great man).