In March 2000 the Gay, Lesbian, and Straight Education Network (GLSEN) organization of Massachusetts held its 10 Year Anniversary GLSEN/Boston conference at Tufts University. This conference was fully supported by the Massachusetts Department of Education, the Safe Schools Program, the Governor’s Commission on Gay and Lesbian Youth, and some of the presenters even received federal money. During the 2000 conference, workshop leaders led a “youth only, ages 14-21” session that offered lessons in “fisting” a dangerous sexual practice. During another workshop an activist asked 14 year-old students, “Spit or swallow?… Is it rude?” The unbelievable audio clip is posted here. Barack Obama’s “Safe Schools Czar” Kevin Jennings is the founder of GLSEN. He was paid $273,573.96 as its executive director in 2007. Jennings was the keynote speaker at the 2000 GLSEN conference. 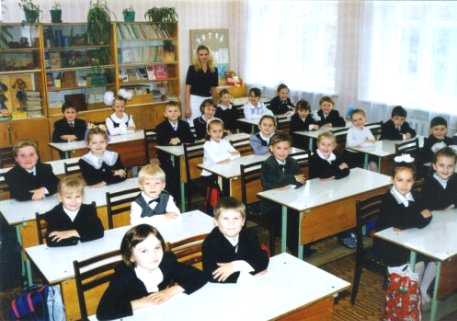 Unfortunately for GLSEN, undercover journalists with Mass Resistance recorded these outrageous sessions. The audio was later leaked to a local radio station. This created such an uproar that GLSEN leaders were forced to apologize for their disgusting behavior.

Thanks to Soros-linked Media Matters we now know that GLSEN director, and current Obama Safe Schools Czar, Kevin Jennings was confronted on the vile content discussed at the children’s conference.

“Like the Parents Rights Coalition and the Department of Education, GLSEN is also troubled by some of the content that came up during this workshop,” said Kevin Jennings, national executive director of the Gay, Lesbian and Straight Education Network.

He said people who run workshops in the future will get clearer guidelines, though Jennings said the network’s annual conference at Tufts University should not be judged on the 30-student seminar “What They Didn’t Tell You About Queer Sex and Sexuality in Health Class.”

“We need to make our expectations and guidelines to outside facilitators much more clear,” said Jennings. “Because we are surprised and troubled by some of the accounts we’ve heard.”

Mass News reported on the 2001 conference:

Fistgate II was held on Saturday in the same building at Tufts University as last year with the same message about how to practice homosexual sex.

More students attended this year. Out of approximately 650 attendees, about 400 of those were students.

Public funds were used for the event with at least two school buses being used to transport students, from Methuen High School and Marblehead Public Schools. Adam Glick, Conference Coordinator, said he did not know how the buses were paid for. Other children were transported by public school teachers in private cars.

The private homosexual sponsor, GLSEN, is given state funds for many purposes and does not publicly report on how the money is spent.

There was a heightened sense of security with many Tufts campus police being highly visible in order to stop parents from seeing what occurred at the conference.

Although Tufts University was able to claim ignorance about the event last year, they obviously became complicit this year when they welcomed the conference back and provided the security muscle to keep the strategy sessions and indoctrination of the children running smoothly.

Founding Bloggers has a photo of one of the school buses that brought students to the conference.

The instructions explained how to cut up the glove with scissors until all that remains is a rubber rectangle with the “thumb” portion protruding from the middle. “Use the thumb space for your tongue,” say the directions.

The label on the ziplocked package says, “protects against STD’s,” and bears the Planned Parenthood logo and phone number.

Regarding “dental dams,” Dr. John Diggs, a specialist in internal medicine who lectures about STDs, said that the kits create a false sense of security. “I’ve written a brochure about this whole thing,” he said. “The way I describe it is, I ask ‘How many people want to take a bite of a sandwich without taking the wrapper off?’ ‘How many people want to suck on balloons?’ Nobody does.”

Today he’s running the Office of Safe and Drug Free Schools in the US Department of Education.

Do you feel safe now?