Attorney General Eric Holder has a peculiar tendency to set loose militant black panthers. Everyone is already familiar with the dismissal of the voter intimidation case I brought as a Justice Department attorney. There, the DOJ dropped claims against Malik Zulu Shabazz, national head of the New Black Panther Party, and Jerry Jackson, a Philadelphia panther and Democratic Party official. But Jackson and Shabazz aren’t the only militants Holder has set loose. 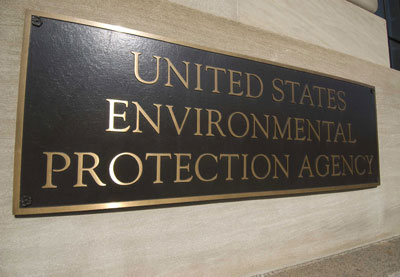 Marilyn Buck was a Marxist terrorist who participated in conspiracies that led to the deaths of multiple police officers. Buck helped the Black Liberation Army, a violent Marxist offshoot of the black panthers, acquire weapons and ammunition. She participated in the robbery of an armored car where a guard was murdered. If that wasn’t enough, Buck was also charged with the bombing of the U.S. Senate, Ft. McNair, the Washington Navy Yard Officer’s Club and a New York City federal building. In many states, Buck’s behavior might have led to a midnight reservation in the electric chair.

Yet Holder’s DOJ unlocked Buck’s jail cell and set her free last summer. Justice concluded that Buck “expressed a dramatic change from her previous political philosophy.” Releasing Buck reflects an alien attitude that has caused the Obama years to be characterized by an ideological disconnect with most Americans.

The letters which persuaded the Justice Department were stuffed with crackpot arguments and have yet to be reported over the last year. They are full of lawlessness and arguments from extreme fringes of political thought. What’s worse, the letters are on the letterhead of government and private institutions, institutions most Americans incorrectly think are worthy of respect.

Consider Jill Elijah. She writes on behalf of Buck’s release that “a warm nurturing living arrangement is available to Ms. Buck in my home located in Brooklyn. . . . I and my family look forward to her joining our home.” The letterhead? Harvard Law School, where Elijah runs the criminal justice institute.

Also on the letterhead in the Elijah letter to the Justice Department is Charles Ogletree, President Obama’s dear friend and mentor. Having Ogletree’s name associated with such a request was like mailing Buck the keys to her jail cell. Ogletree’s daughter Rashida was recently hired into Holder’s Justice Department as a lawyer.

Note the efforts of James Kyung-Jin Lee. He seeks Buck’s release hoping she can visit Southern California: Buck “would benefit from the refreshing environment and welcoming community, she would also, I believe, enhance the community through her example and fortitude in prison.” The letterhead on Lee’s lunacy? University of California at Santa Barbara, Department of Asian Studies. How reassuring that professors at California’s state university admit they would welcome a Marxist terrorist and feel sufficient sympathy on campus to use school letterhead.

Joseph Velasco, a self described “teacher, storyteller and artist” sent a letter to DOJ arguing for Buck’s release saying: “someone like Marilyn is a role model . . . . I welcome the creativity and intellect that she will bring to our community. . . . Marilyn will find a welcoming home here.” The letterhead on Velasco’s letter to DOJ? The official stationary of the Santa Barbara School District, Santa Barbara High School.

A letter from Das Williams states Buck “participated in many educational and cultural activities. . . . Having her serve any more time is pointless and will accomplish nothing more than wasting of government funds.” Williams sends this letter on the letterhead of the City Council of Santa Barbara, where Das served on city council. Williams now serves in California’s State Assembly.

There are many more. Philip Moffitt of the Life Balance Institute argues in a letter Buck’s release “would be a positive step toward healing the past and our society.” Merle Woo, “retired educator,” tells the DOJ “what a shame she cannot be among us, the public, who could benefit so much from her teachings and great human spirit. . . . With her brilliant human insights, she has given us tools to live better, more enlightened, more conscious lives.” Woo was a professor of woman’s studies at San Jose University. No surprise that she “usually used Marilyn’s poetry and essays in my classes.” Other apologists for the murderer Buck include California attorney Robert Bloom (“loving kind person”), retired math professor Elana Levy (Buck’s “caring for others also continually reminds me of how to live in a compassionate manner.”) and Zaveeni Khan-Marcus , the director of the University of California Santa Barbara multicultural center (“I welcome the creativity and intellect she will bring to our community.”)

Students of history often wonder how civilized countries can devolve into murderous nightmares. These letters provide a homegrown American example of sophisticates excusing murderous behavior because they agree with the murderer’s political philosophy. Simply, they are chilling.

Also chilling is that the militant and destructive ideas that fueled Buck’s murderous campaigns have gained creeping acceptability in American institutions. Teachers, professors, politicians and lawyers all clamored for Buck’s release. This acceptance is no simple oddity. It is a harbinger of danger.