As President Obama stalls for time on making a decision about Syria, he has time to meet with National Basketball Association Hall of Famer and part-Los Angeles Dodgers owner Magic Johnson about Obamacare. On Thursday evening, Johnson posted on Twitter that he had met with the President, and Magic clearly felt the magic: 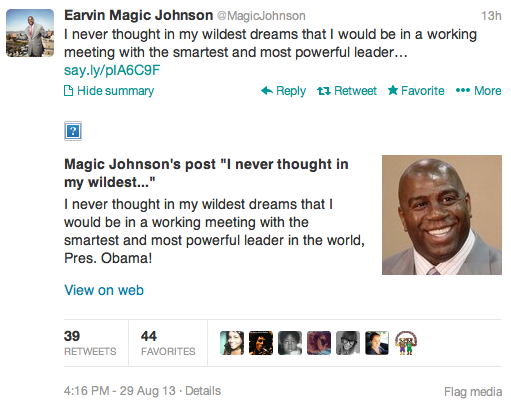 President Obama is slated to head to Los Angeles on September 9 for a fundraiser with the Democratic National Committee and held by Friends co-creator Marta Kauffman. He will also be meeting with labor leaders at the AFL-CIO, along with Thomas Perez, his Labor Secretary.