Republican presidential frontrunner Donald Trump is calling out Hillary Clinton for supporting a protective border wall around Israel while also opposing a protective wall along the U.S.-Mexico border.

“It is clear that the former Senator from New York and former Secretary of State has had a change of heart when it comes to walls and securing borders,” Trump tells Breitbart News.

“She supported a wall for Israel when it was politically expedient,” he said. “Now, she is for open-borders and flooding the country with unvetted refugees from countries that are exporting terrorism.”

“It’s bad enough that she lied to the American people about Benghazi, but now she wants to pander to those who might jeopardize our very homeland security,” he said. “This is hypocrisy at the highest level.”

In 2004, then-Senator Clinton made some of the same arguments that advocates for border-walls use today. She just didn’t happen to be talking about the United States. She was talking about Israel.

Clinton co-sponsored a July 2004 resolution that “urges the United States to vote against any further United Nations action that could delay or prevent the construction of the security fence and to engage in a diplomatic campaign to persuade other countries to do the same.”

But now she’s pandering to the progressive, open-borders wing of her party as she tries to lock up the party’s 2016 nomination.

In a fake conservation with a Trump mimic, she scolded him, saying “Come on Donald, America was built by people who came here, they worked their hearts out for a better life, and that’s what many immigrants are doing today. Their dream is to become American citizens. You’re trying to stop them?”

Though Clinton voted for the Secure Fence Act of 2006, and recently touted her vote to “build a barrier” along the Mexico border, she has also criticized the idea of a U.S.-Mexico border wall. She also criticized George W. Bush administration’s failed border security push, making it unclear where she actually stands on the issue, though her continued pandering to Spanish-speaking audiences and immigration reform activists provide a solid hint.

Since the early 2000s, Israel has built fences on its border with Gaza, with Egypt’s Sinai desert, and is now building a fence on its border with Jordan. The fence alongside Gaza has almost eliminated jihadi raids, while the Sinai fence has practically eliminated once-growing flow of African migrants into Israel.

The text of Clinton’s 2004 resolution stated that border fences are effective in keeping out terrorists and that terrorists trying to enter the country of Israel in disguise. Therefore, “the security fence is a necessary and proportional response to the campaign of terrorism by Palestinian militants.”

“Whereas Palestinian terrorists routinely disguise themselves as civilians, including as pregnant women, hide bombs in ambulances, feign injuries, and sequence bombs to kill rescue workers responding to an initial attack,” the resolution stated.

“Whereas a security fence has existed in Gaza since 1996 and that fence has proved effective at reducing the number of terrorist attacks and prevented many residents of Gaza from crossing into Israel to carry out terrorist attacks,” the resolution continued.

Clinton and her fellow senators laid out the facts to support their view that a border fence is good policy.

“Whereas from the onset of the Palestinian campaign of terror against Israel in September 2000, until the start of the construction of the fence in July 2003, Palestinian terrorists based out of the northern West Bank carried out 73 attacks in which 293 Israeli were killed and 1,950 were wounded, and during the period since construction began, from August 2003 through June 2004, only 3 attacks were successfully executed, 2 of which were executed by terrorists coming from areas where the fence was not yet completed… Whereas this reduction in number of attacks represents a 90 percent decline since construction of the security fence commenced.”

The resolution also cited UN charter to claim that “all countries possess an inherent right to self-defense” and said “the United States, Korea, and India have constructed security fences to separate such countries from territories or other countries for the security of their citizens.” 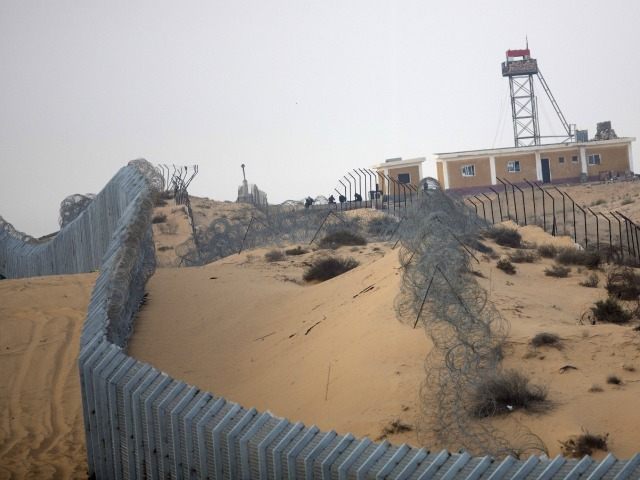