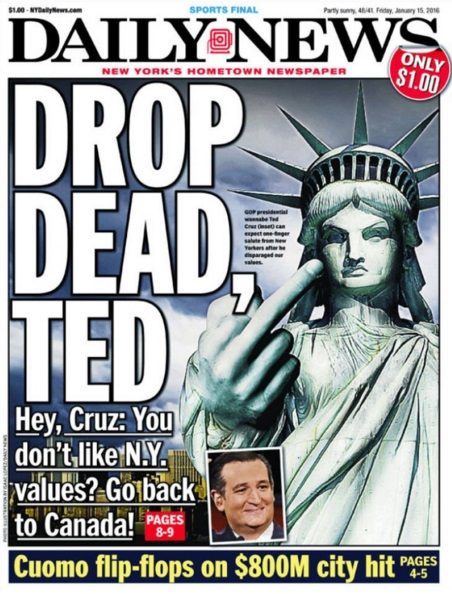 There are reports that the leftist New York Daily News, which just went through a round of devastating layoffs, is about to go through another. As a likely result, shrill desperation has been the publication’s stock-and-trade. The tabloid has mocked God, declared pro-civil rights Republicans traitors, and accused the NRA of waging a “sick jihad.”