Text messages between myself and Corey Lewandowski, Donald Trump’s campaign manager, prove that an article in The Daily Beast that alleged Lewandowski admitted to me he grabbed Michelle Fields’ arm at a Trump press conference is entirely inaccurate and untrue.

The article, from The Daily Beast’s editor Lloyd Grove, relied originally on anonymous sources–and the allegation has since been made by Fields herself on the record, according to Grove’s latest email inquiry to me–to report that “sources said Lewandowski acknowledged to Breitbart’s Washington political editor, Matthew Boyle, that he did manhandle Fields.”

“Lewandowski’s explanation to Boyle, said these sources, was that he and Fields had never met before and that he didn’t recognize her as a Breitbart reporter, instead mistaking her for an adversarial member of the mainstream media,” Grove wrote.

That assertion is entirely untrue.

Here is the entire transcript with time stamps of every text message Lewandowski and I exchanged that evening about the matter.

10:50 p.m. ME: “Hey dude what happened with Michelle Fields tonight? Is everything OK?”

10:52 p.m. ME: “Michelle is our reporter we sent to Jupiter. It sounds to me like it was a misunderstanding nothing bad.”

11:00 p.m. ME: “K I wanna make sure that this doesn’t turn into a big story. It sounds to me like it was a misunderstanding”

Screenshots of the text messages are here: 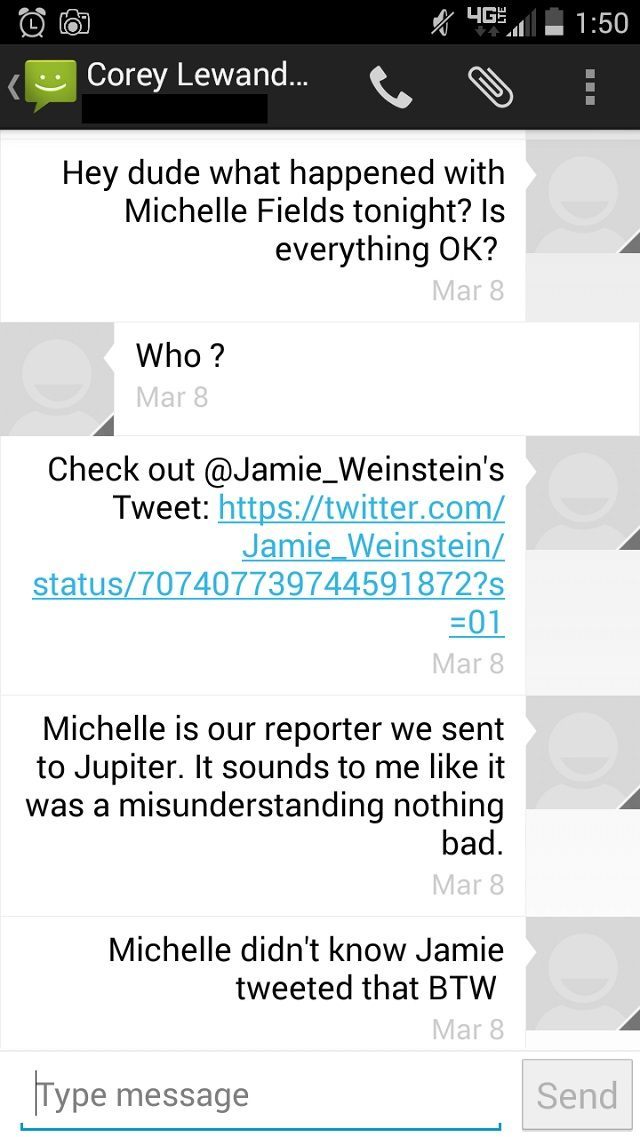 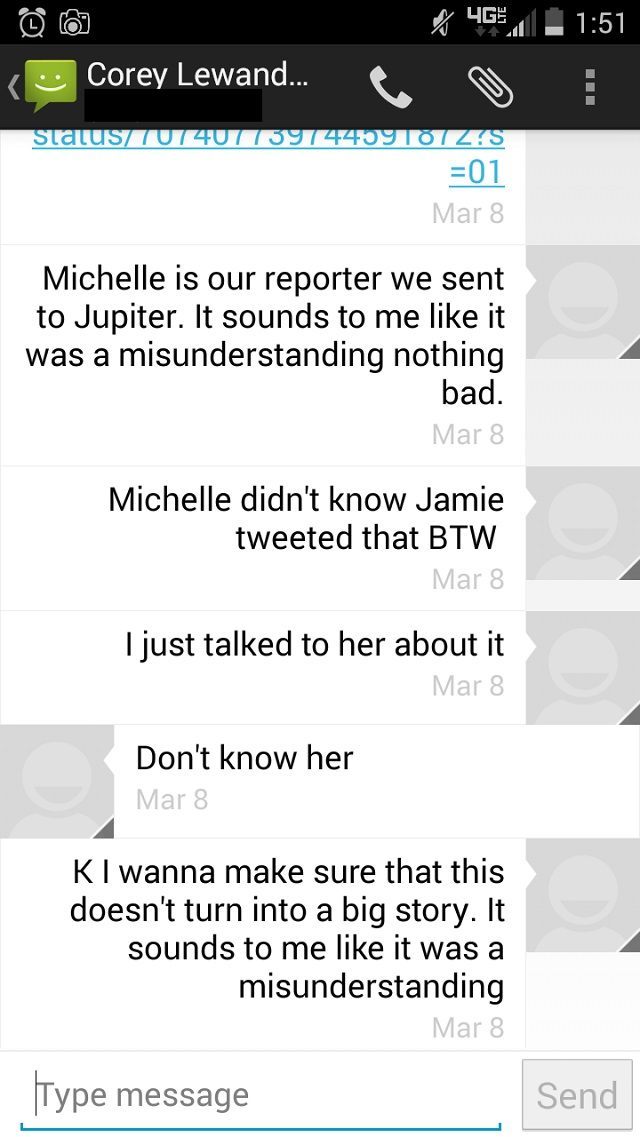 Lewandowski and I never had a phone call about this. In fact, the two of us have not spoken via phone in weeks.

What’s more, an email exchange I had with Lewandowski after The Daily Beast story was published further proves that we both knew what Grove alleged falsely was untrue. The Washington Post first reported on the email exchange.

“This is totally false,” Lewandowski wrote to me in an email with a link to The Daily Beast piece on Thursday. “You and I have not spoken on the phone in weeks and you know that’s the truth.”

In response, on Thursday, I wrote: “I know that. Of course it’s false. I had nothing to do with this and I never said to anyone what he reported here so I don’t know how that happened. Anyway, we’re going to respond shortly.”