The first thing the 28 heads of NATO member states will see when arriving in Warsaw, Poland, later this week will be enormous billboards advertising the groundbreaking exposé Clinton Cash.

On exiting Warsaw’s Chopin Airport, participants will see a large billboard announcing the Polish version of the new documentary, which will be shown in Warsaw on Saturday night at the conclusion of the NATO summit. 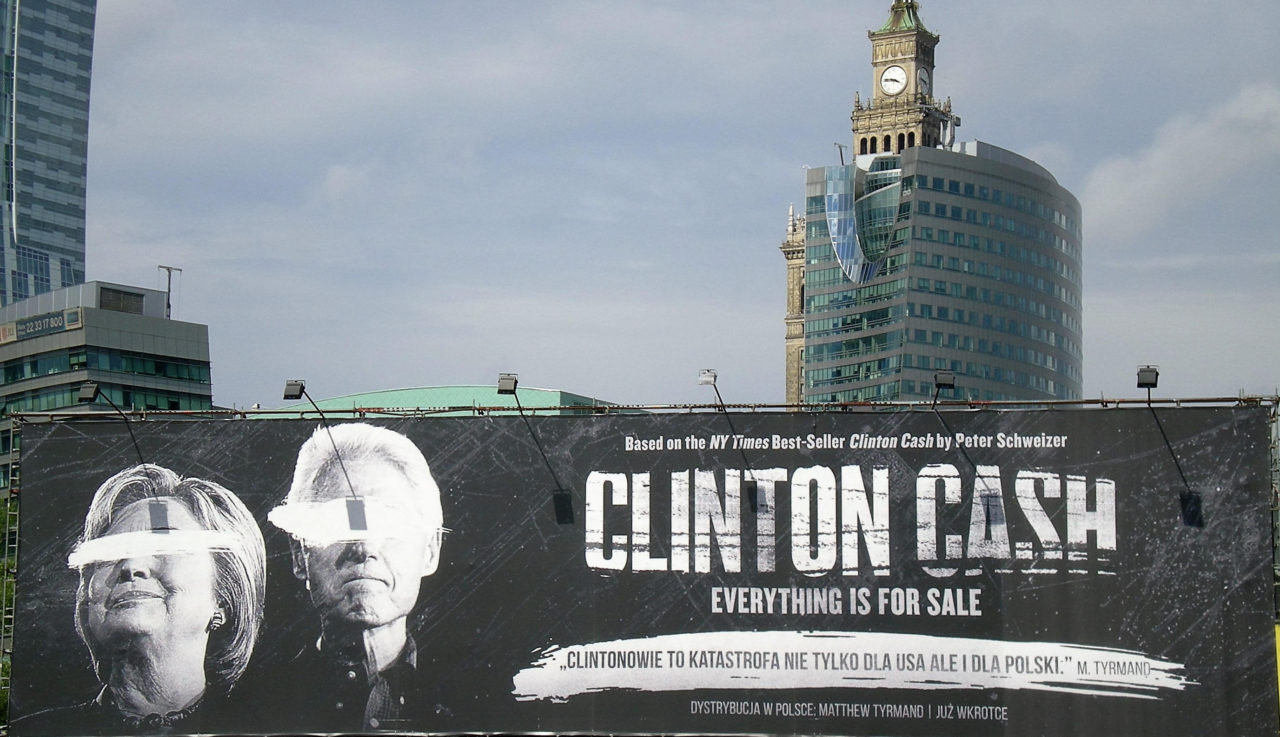 The documentary film, based on Peter Schweizer’s New York Times bestseller by the same name, will be shown in Warsaw’s largest theater–the iconic Palace of Culture–in the city center.

On their way to the national stadium where the summit will be held, NATO representatives will also pass another giant billboard hailing the blockbuster film, in case they missed the first one. 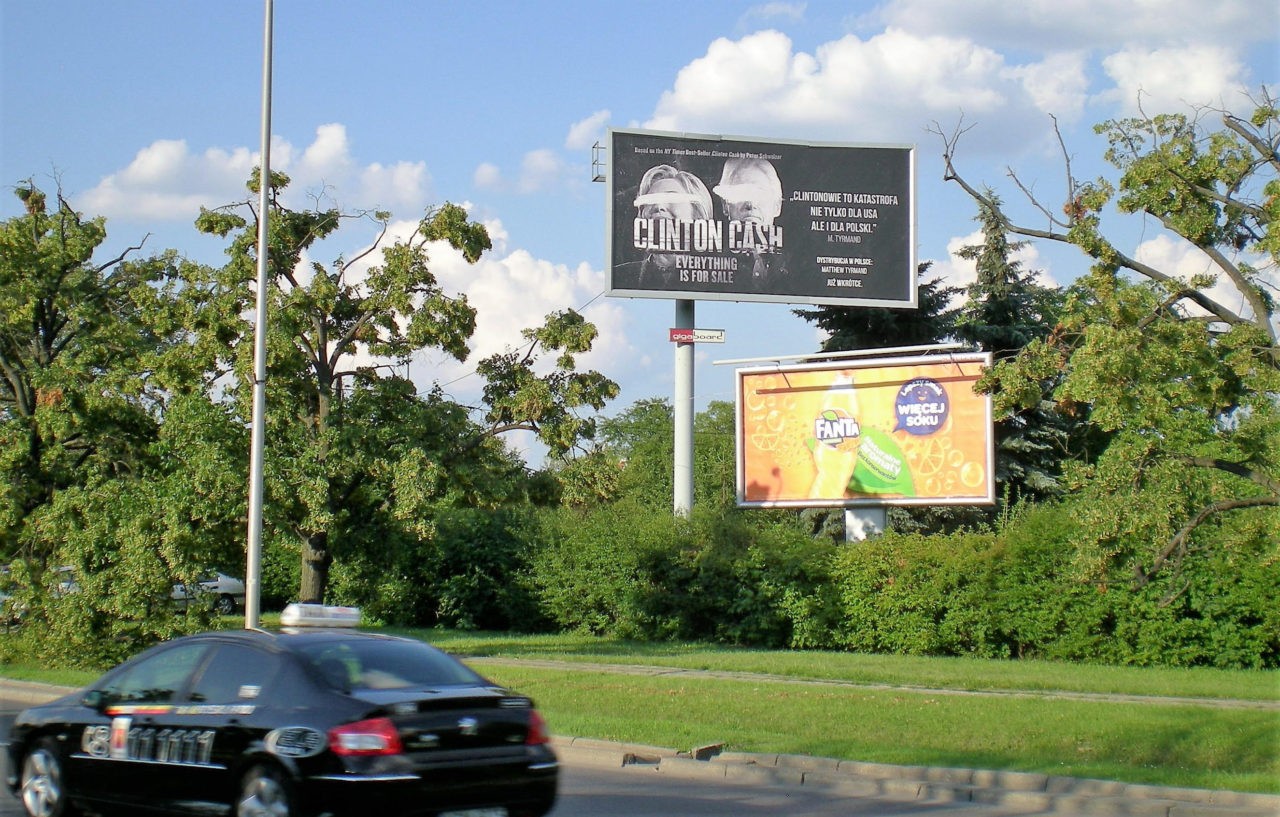 Clinton Cash, subtitled “The Untold Story of How and Why Foreign Governments and Businesses Helped Make Bill and Hillary Rich,” lays out in detail a series of damning facts of how Bill and Hillary Clinton used political favors to procure enormous donations to their Clinton Foundation.

Schweizer follows the Clinton money trail across Kazakhstan, Colombia, Haiti, and other places at the “wild west” fringe of the global economy, revealing the connection between their personal fortune, their “close personal friends,” the Clinton Foundation, foreign nations, and the high ranks of government.

A trailer for the new film can be seen here.