Amish PAC, which aims to motivate Amish and Mennonite voters to participate in the election, launched a newspaper ad in Lancaster Farming, which is widely read by the Amish in Pennsylvania. 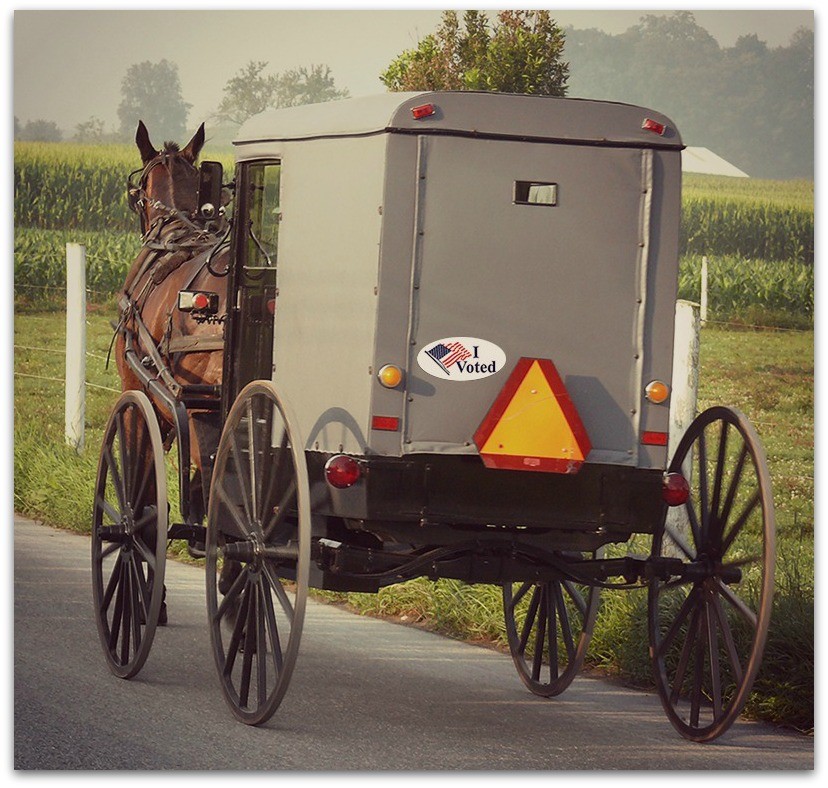 The ad will run through the close of voter registration.

Lancaster Farming has a circulation of roughly 60,000 and provides a successful way to reach Amish and Mennonite voters who aren’t accessible by internet and television ads. 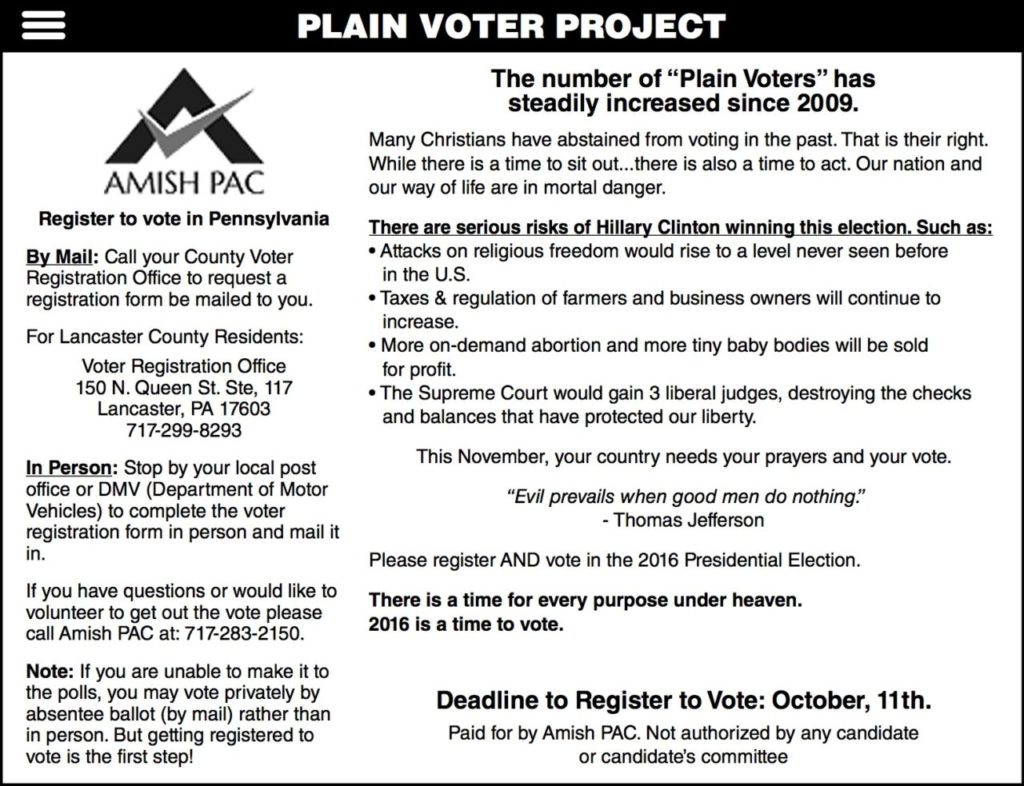