CARRABELLE, Florida (AP) — Hurricane Hermine made landfall in Florida’s Big Bend area early Friday as the first hurricane to hit the state in more than a decade.

The Category 1 storm hit just east of St. Marks around 1:30 a.m. EDT with winds around 80 mph, according to the U.S. National Hurricane Center. 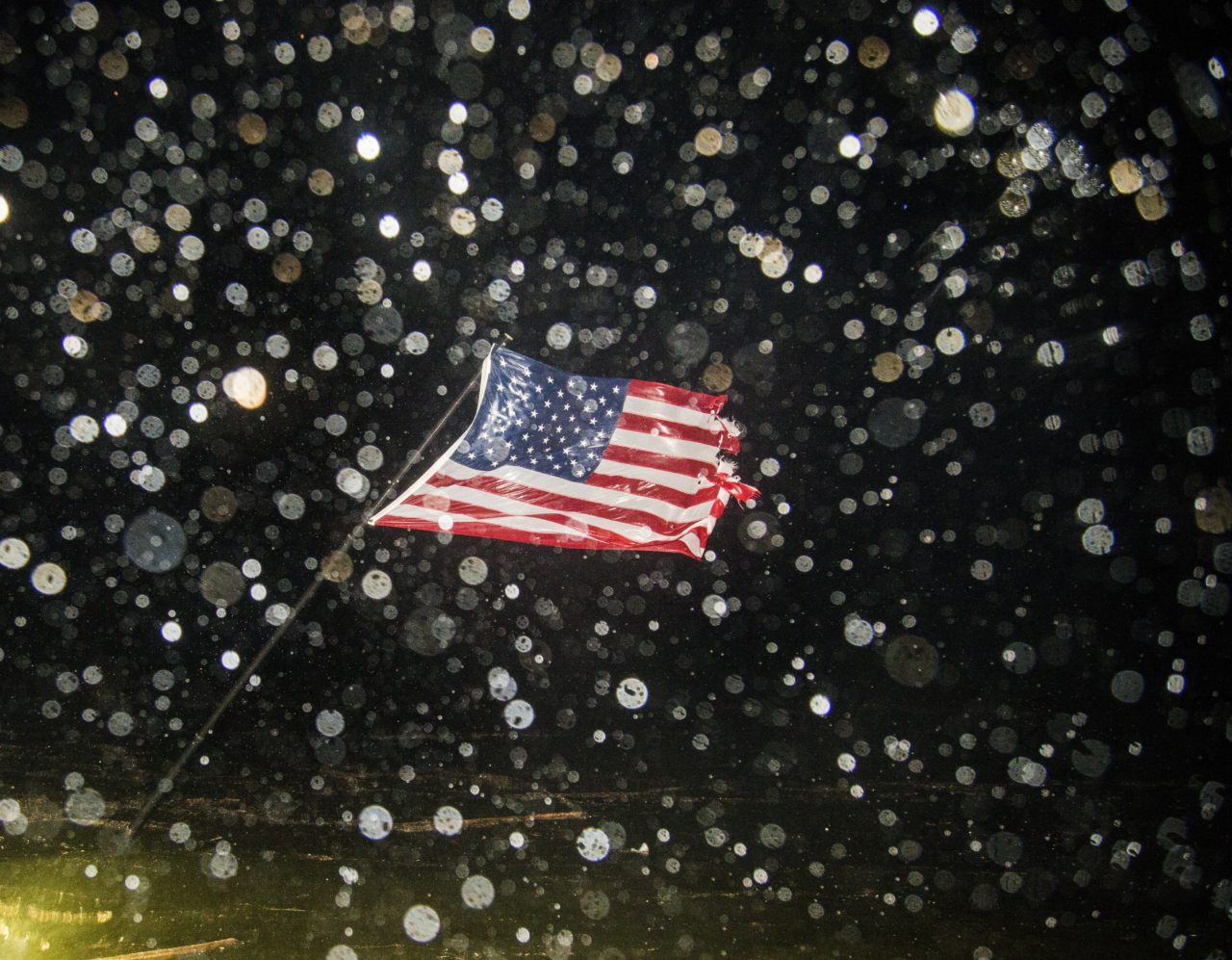 Projected storm surges of up to 12 feet menaced a wide swath of the coast and an expected drenching of up to 10 inches of rain carried the danger of flooding along the storm’s path over land, including the state capital Tallahassee, which hadn’t been hit by a hurricane since Kate in 1985.

As of 2 a.m. EDT Friday, Hermine was centered about 35 miles southeast of Tallahassee, Florida, and was moving north-northeast near 14 mph. The storm was expected to drop back down to a tropical storm before pushing into Georgia, the Carolinas and up the East Coast with the potential for heavy rain and deadly flooding.

The last hurricane to strike Florida was Wilma, a powerful Category 3 storm that arrived on Oct. 24, 2005. It swept across the Everglades and struck heavily populated south Florida, causing five deaths in the state and an estimated $23 billion in damage.

Many took no chances with Hermine. 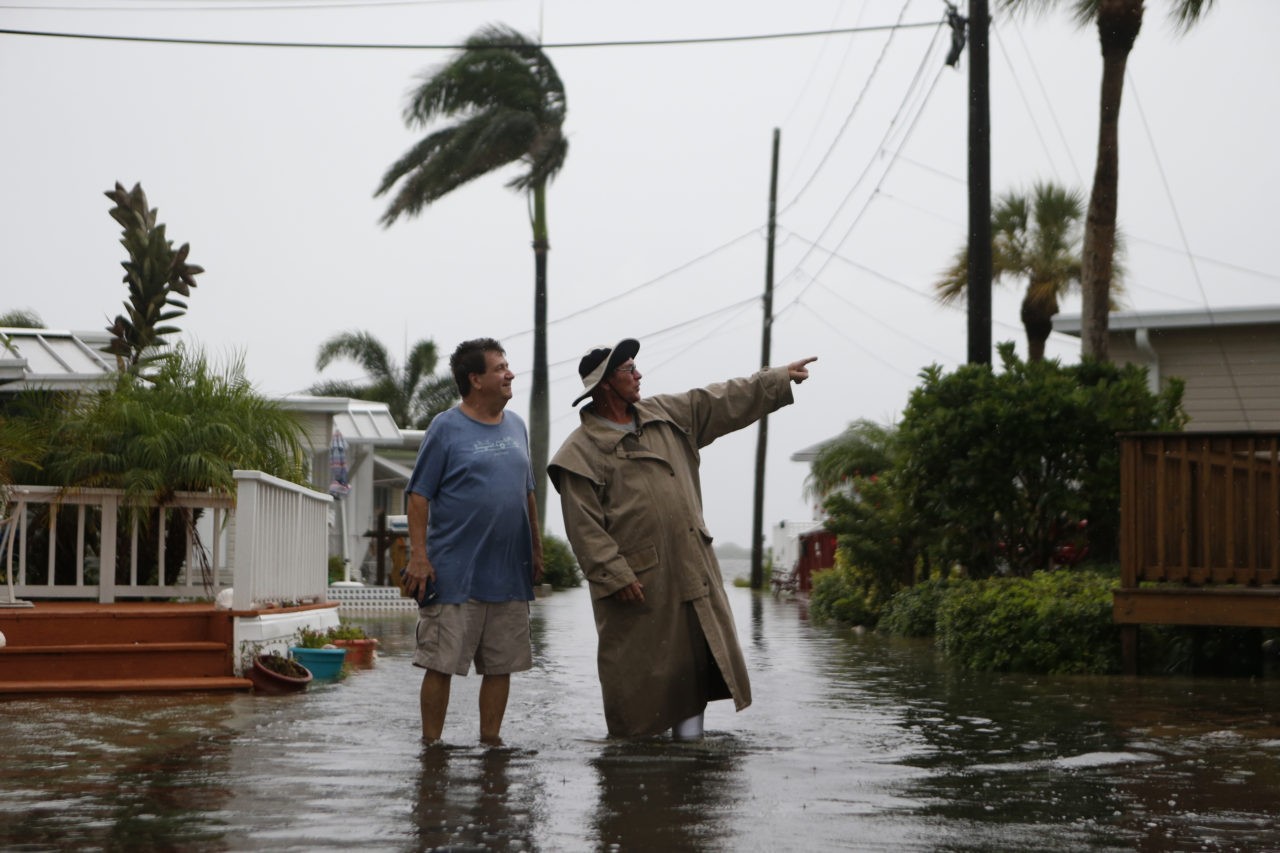 Tallahassee resident Tom Duffy, 70, said Thursday that he planned to reserve a hotel room for Friday night in the neighboring state of Alabama if downed trees caused the kind of power outages he expected. Even before the storm’s final approach to land, the city government tweeted that there were already some 32,000 outages reported around the capital city.

In Carrabelle, on the coast just 60 miles southwest of Tallahassee, Courtney Chason was keeping an eye on the storm surge as docks and boat houses were slowly being battered as the storm approached late Thursday. 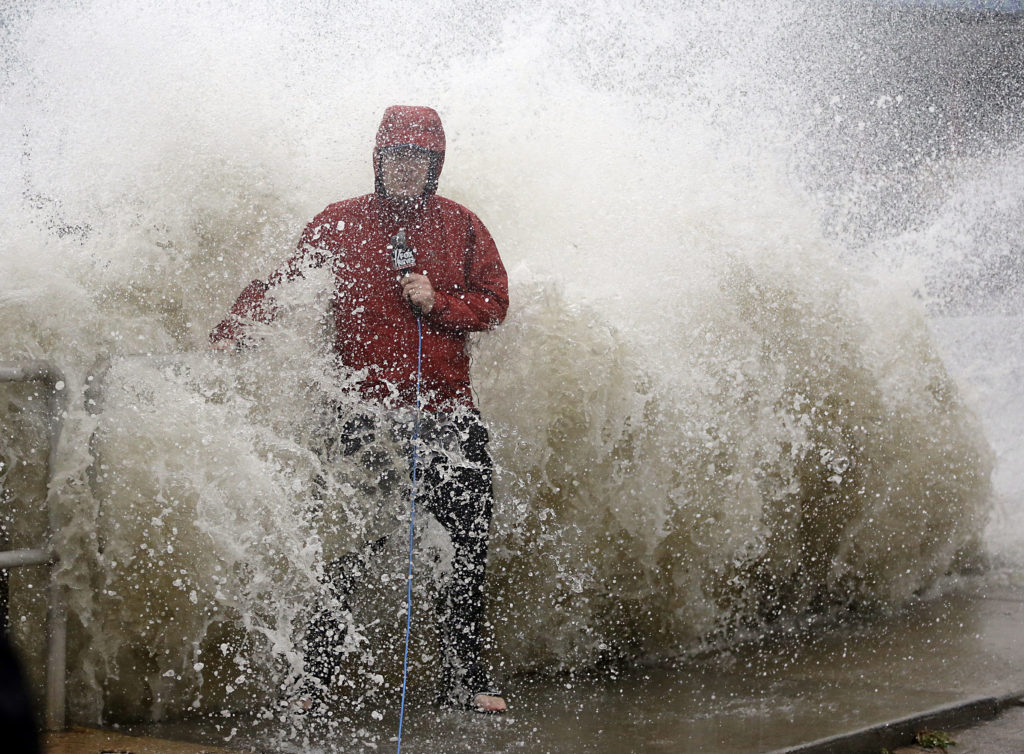 Residents on some islands and other low-lying, flood-prone areas in Florida had been urged to clear out. Flooding was expected across a wide swath of the marshy coastline of the Big Bend — the mostly rural and lightly populated corner where the Florida peninsula meets the Panhandle.

Florida Gov. Rick Scott warned of the danger of strong storm surges, high winds, downed trees and power outages, and urged people to move to inland shelters if necessary and make sure they have enough food, water and medicine.

“You can rebuild a home, you can rebuild property, you cannot rebuild a life,” Scott said at a news conference Thursday afternoon, adding that “we are going to see a lot of flooding.”

Scott, who declared an emergency in 51 counties, said 6,000 National Guardsmen were poised to mobilize for the storm’s aftermath. The governors of Georgia and North Carolina also declared states of emergency.

Across the Florida line in south Georgia, about a dozen people had already showed up by Thursday evening at a Red Cross shelter that opened at a city auditorium in Valdosta that’s normally used for banquets and gospel concerts.

Cynthia Arnold left her mobile home for the shelter with her brother and her 5-year-old grandson, adding “I’m not just going to sit there and be ignorant.”

Rains of 4 to 10 inches were possible along the coasts of Georgia and the Carolinas by Sunday. Lesser amounts were forecast farther up the Atlantic Coast, because the storm was expected to veer out to sea.