In early September, NBC posted its own online poll of support for the rival candidates, Trump and Hillary Clinton.

Which candidate came out on top at the #NBCNewsForum?

On Thursday, Todd dismissed the online polls which claimed that Trump apparently won the first presidential debate between him and Clinton. According to TheHill.com, Todd told a Trump spokesman that,

Give me one scientific poll. Those are fan polls, man, those are poll that computer programmers can mess with, those aren’t real … Those are all like robot polling. It is not real polling. 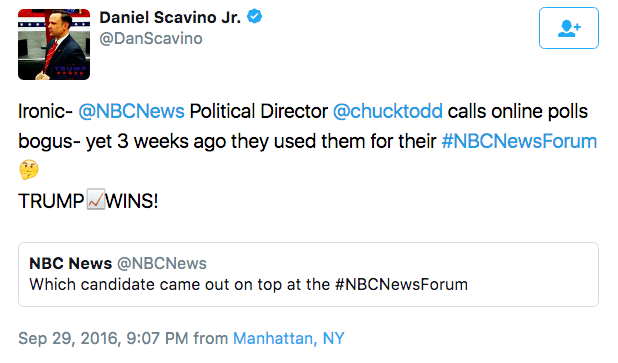