President Donald Trump shared an eclipse meme on Twitter on Thursday morning, showing the progression of how he “eclipsed” former President Barack Obama.

“The best eclipse ever!” the text reads. 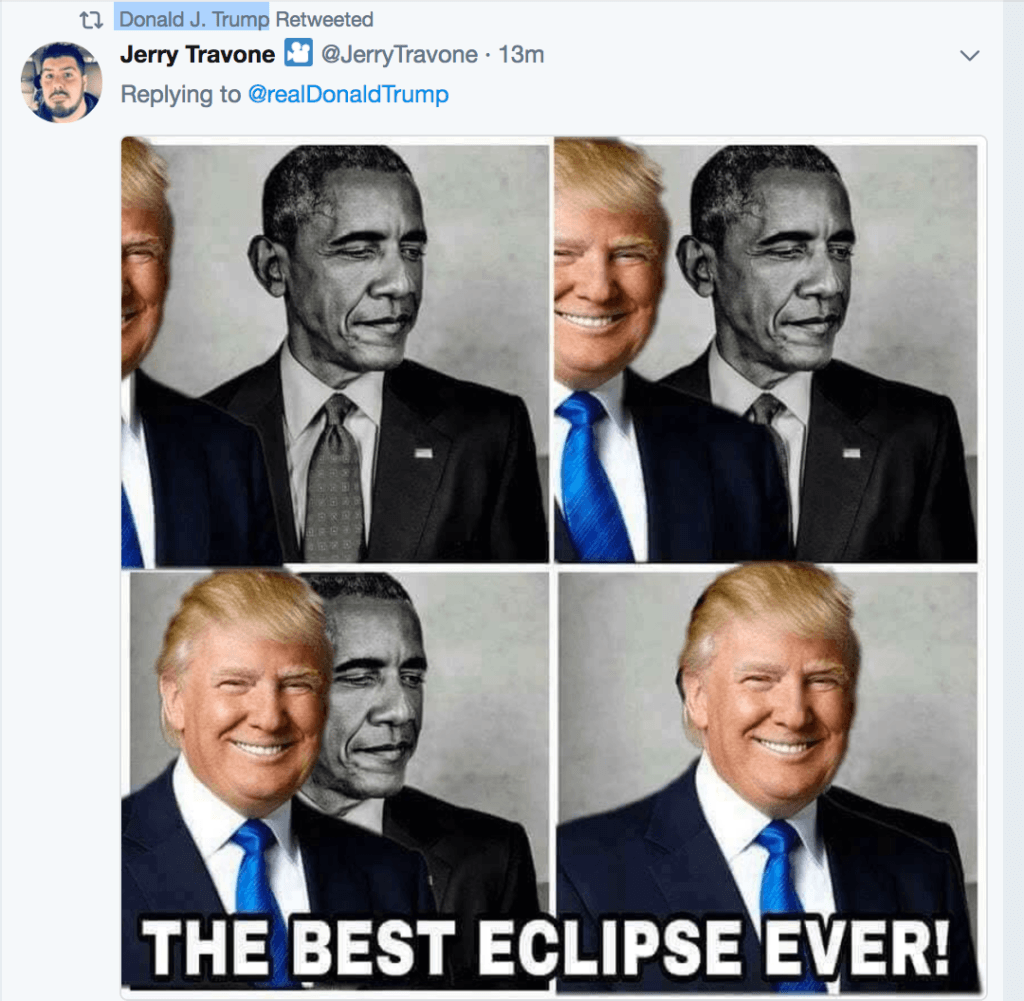 The meme was shared with Trump by a New Jersey YouTube actor who identified himself on Twitter as a proud Trump supporter.