The “good guy with a gun” who reportedly shot and wounded the alleged gunman at the First Baptist Church in Sutherland Springs, Texas, on Sunday has been named in media reports as Stephen Willeford, 55, a local plumber.

The Daily Mail reports that a local resident claims Willeford managed to shoot the alleged gunman, Devin Patrick Kelley, 26, between the plates of the body armor that he was wearing. Willeford is described as a plumber and motorcycle enthusiast with no military experience but with excellent aim.

According to an eyewitness interviewed by KENS 5, Willeford stopped the gunman by firing at him with his own rifle from outside the church, then by pursuing him afterwards:

Our neighbor, he’s a very good guy, a very big Christian, he’s the nicest man on the planet, he’ll do anything for anyone around here. We’ve known him for years. He’s childhood friends with my dad. He … came with his [gun], and he took cover behind a car, and he shot the guy, I’m not sure if it was inside the church or the guy was coming out, but if it wasn’t for him, the guy wouldn’t have stopped. And then that’s when the guy got in his vehicle and drove off. And our friend shot through the window at him, trying to get him again, and then he apparently crashed down the road.

He added: “If it wasn’t for our friend … there might have been more lives lost.”

Local law enforcement officials reported that the gunman dropped his weapon after being shot at by the “local citizen,” i.e. Willeford, whose name has not been officially confirmed.

According to numerous media reports, Willeford flagged down local Johnnie Langendorff, and the two pursued Kelley in Langendorff’s truck until Kelley drove off the road. He was found dead in his vehicle, though it is not yet clear whether he took his own life or had been wounded earlier by Willeford. 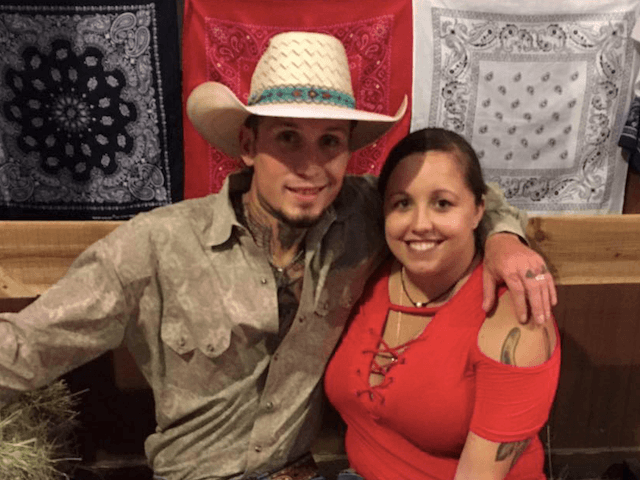 Both Willeford and Langendorff are being hailed as heroes for confronting the gunman.

Critics on social media argue that the “good guy with a gun” did not prevent the gunman from killing 26 and wounding dozens more.