The National Shooting Sports Foundation’s (NSSF) annual SHOT Show was held January 23-26 in Las Vegas, Nevada, and seven firearms stood out as perfect additions for those who buy their guns for concealed carry and home defense.

Five of the seven guns are brand new, while two are staples with recent changes that improved on something that was already great.

Two of the seven guns are perfect for home defense, with the other five being geared toward concealed carry. 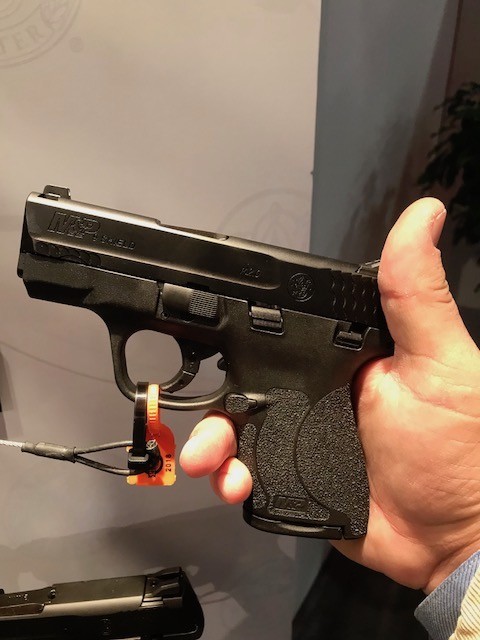 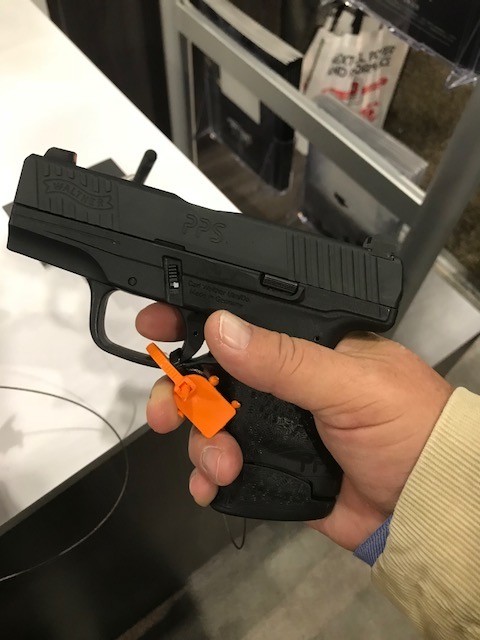 Walther PPS M2–The PPS M2 is not new to the gun community, but it is included in this list because it is a dependable, accurate firearm which caught our attention at SHOT Show. It is a pistol that is perfectly suited for daily carry. The pistol’s grip features a “non-slip, cross-directional” surface that inspires confidence and the sights are large enough to aid in target acquisition, but small enough to prevent the gun from getting snagged if being drawn under duress. The PPS M2 is chambered in 9mm and can be purchased alone or with an Crimson Trace laser affixed. The PPS M2 costs approximately $490-$510. 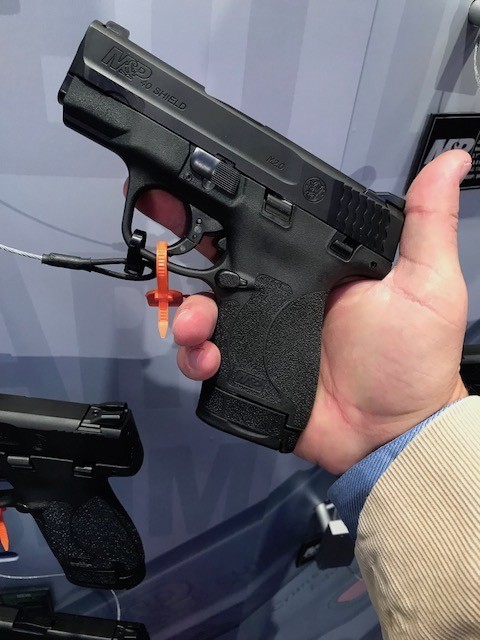 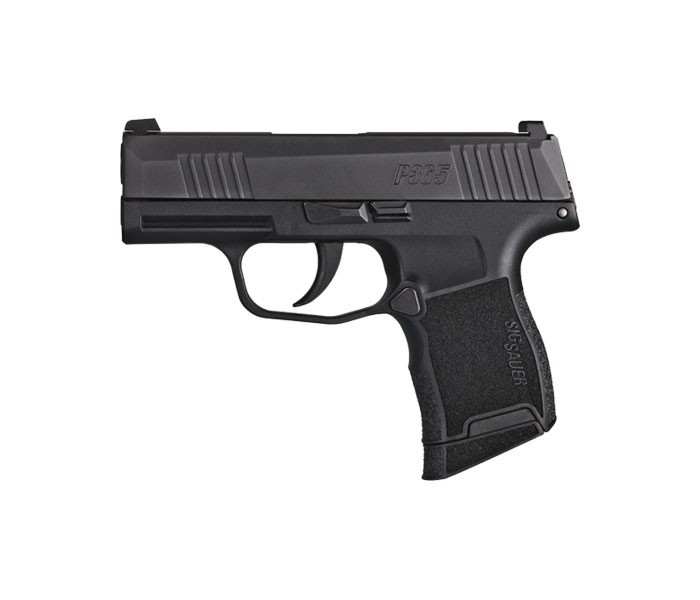 Sig Sauer P365–The air of the SHOT Show was abuzz over the introduction of the Sig Sauer P365. When we got to the Sig Sauer booth the pistol felt great in the hand, extremely balanced, and certainly compact enough for carrying 365 days a year. And the P365 brings a strong advantage over compacts of similar size in that it holds ten in the magazine plus one in the chamber, for 11 rounds. This is a round advantage of three over the Shield and of two over the PPS M2. The Sig Sauer P365 is chambered in 9mm and costs approximately $525. 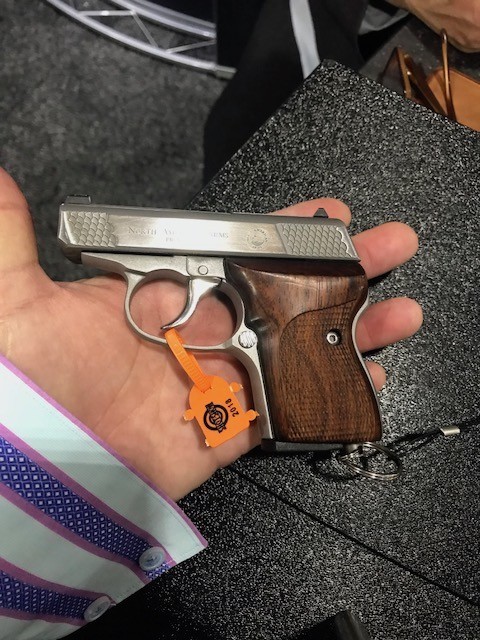 North American Arms Guardian–The North American Arms Guardian has been around for nearly 20 years, but the Guardian one can buy today has options that were not available for the Guardian that premiered in 2001. We came across one during SHOT Show 2018 with wide wooden grips from the factory, making the diminutive pistol fill the hand. The grips gave the pistol a tight and secure fit, not allowing it to wiggle in the hand. Newer styles of slide serration also made it even easier to pull back the slide and load a round into stainless steel pistol. The Guardian is a true pocket pistol chambered in .380. It costs approximately $450. 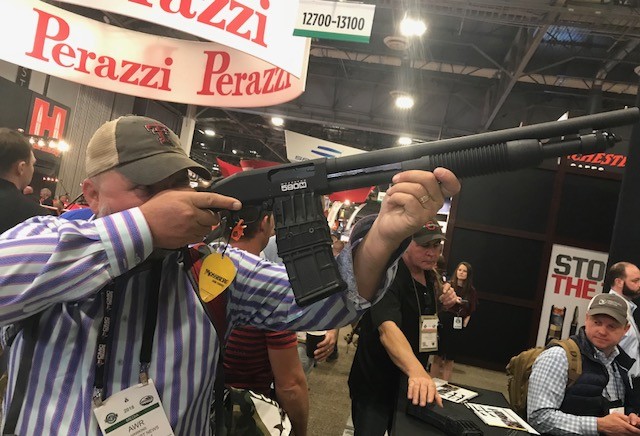 Mossberg 590M–The Mossberg 590M is a brand new offering in home defense shotguns. From a distance it simply looks like a 12 gauge Mossberg pump shotgun, but up close one realizes the magazine tube is inert. The gun is loaded via detachable, double stack magazines rather than a fixed tube. Mossberg magazines will be available in 5, 10, 15, or 20 round capacity for the 590M. This is gives the gun owner a huge advantage over the common three-to-five rounds normally available via a tubular mag. The 590M is certain to lead to a large contingent of sight options, magazine variations, and other shotgun accessories in the aftermarket world, The suggested retail price of the upcoming 590M has not been announced. 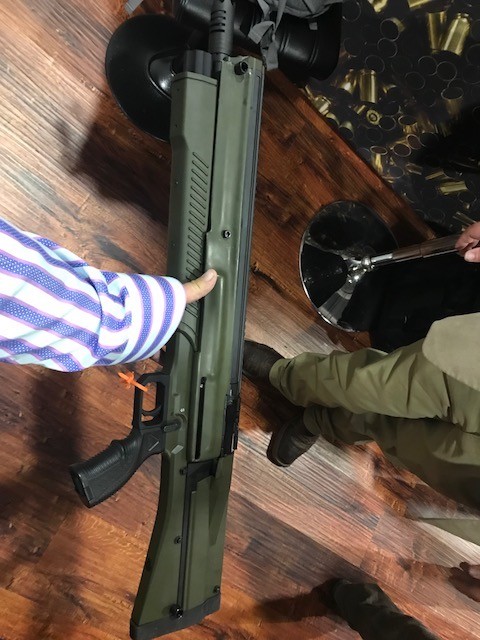 UTAS UTS 15 Semiautomatic–UTAS is well know for its 15-round capacity UTS 15 pump shotgun, which is a tremendous tool for home defense. The gun has two tubular magazines fitted and offset above the barrel, each holding 7 rounds (with one in the chamber making a total of 15 rounds). At SHOT Show we were able to see the upcoming UTS 15 semiautomatic. It was like the 15 cosmetically, differing only in the fact that the action does not depend on a pump. Rather, the gun feeds itself a round every time a shell is fired. Very little information was available on the weapon, but it is certain to take home defense to a whole new level.

AWR Hawkins is an award-winning Second Amendment columnist for Breitbart News, the host of the Breitbart podcast Bullets, and the writer/curator of Down Range with AWR Hawkins, a weekly newsletter focused on all things Second Amendment, also for Breitbart News. He is the political analyst for Armed American Radio. Follow him on Twitter: @AWRHawkins. Reach him directly at awrhawkins@breitbart.com. Sign up to get Down Range at breitbart.com/downrange.