Every year, American taxpayers pay nearly $870 million on welfare for foreign refugees who are resettled across the United States by the State Department.

In 2016, former President Obama’s last year in office, the U.S. admitted more Muslim refugees to the country than ever before in history. That year, nearly 40,000 Muslim refugees were placed in the U.S., as noted by the Pew Research Center. 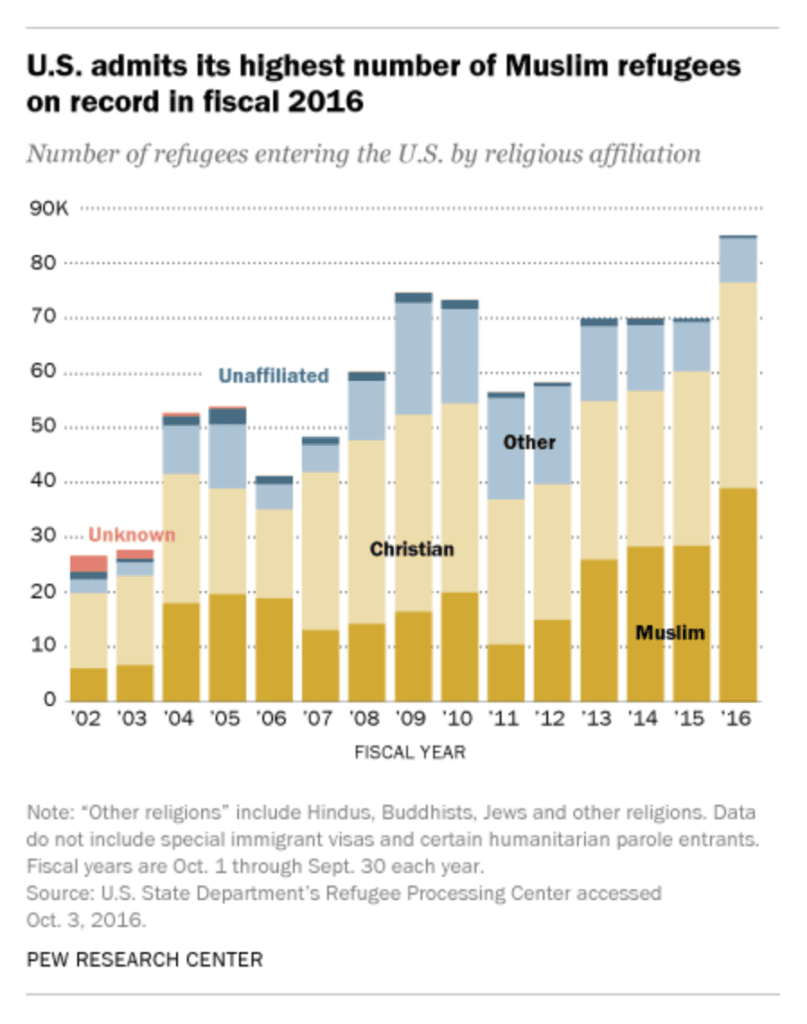 President Trump, a critic of mass resettling foreign refugees throughout the U.S., lowered the number of refugees admitted to the country, reducing the annual flow of refugees by 70 percent in his first year in office, as Breitbart News reported.

In his first 11 months, Trump admitted 28,875 foreign refugees to the U.S., a vast difference from the whopping 93,668 foreign refugees admitted in the same time period under Obama. Likewise, for Fiscal Year 2018, Trump has lowered the number of refugees who can enter the U.S. to 45,000, the lowest refugee cap since 1980.